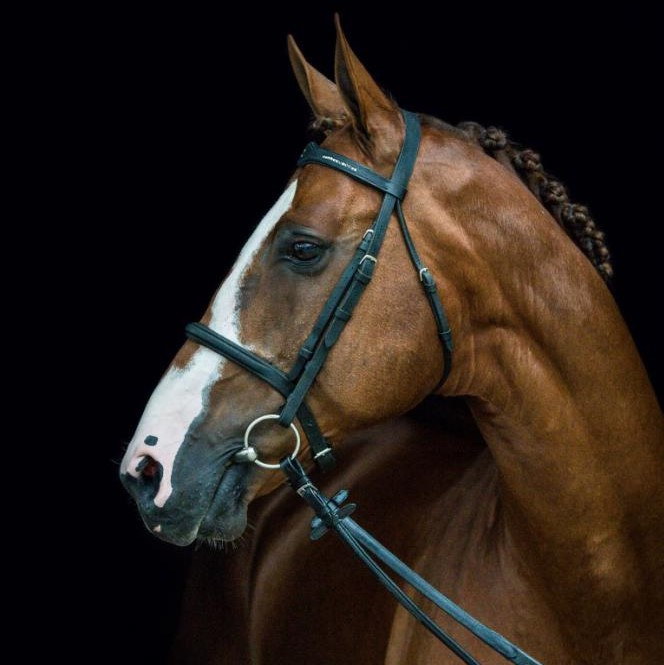 
Terms - €2000+VAT for unlimited attempts with chilled semen or frozen on one named mare in one breeding season. If the mare is certified not in foal by the end of September, €1200+VAT will be refunded.

About -  Aganix du Seigneur Z moves up the ladder on the stallion rankings and the best is yet to come. Now that the generations of 2- and 3-year old Aganix Z offspring are up and coming, they are dominating in free-jumping competitions at home and abroad. He is a stallion who is continually proving himself as a sire with his offspring competing internationally, whist passing on his incredible jumping talent.

Performance - Over the years Aganix has made a number of appearances at high class shows and always proved to those watching how much he loves his job. In 2014 he was successful in the Stal Oosterbrook Prize with rider Jos Lansink, over the years he has jumped at CS13* Van den Boogaard Snelvervoer Prix, CSI4* Provincie Noord-Holland, and CSI2* Mariënheem.

Sire  - As a four-year-old, Ogano Sitte won the four-year-old championships and was a finalist at the Belgian Championships, also qualifying as a six- and seven-year-old. In his seven-year-old year, he was second in the Mechelen Grand Prix and 10th in the CSI3* Grand Prix in Liege, and at 8 he was sixth in the Zangersheide 'Sires of the World' Grand Prix and winner of both the CSI4* Grand Prix of Naples and the CSI2* GP in Strazeele. As a 9-year-old, he recorded several top-10 placings at 1.50m level, including 4th in the CSI5* 1.50m at Hickstead.

Progeny - His oldest sons and daughters are preparing to jump at the highest level with Lillie Keenan who rides Agana van het Gerendal Z under the Californian sun. Closer to home and making a name for themselves are Oak Grove’s Americana (ex Annabelle Hero Z), Attoucha Hero Z and Andiamix Hero Z. All from Luc Henry´s breeding stud, the man who discovered Aganix when he was a youngster and who describes him as one of the best breeding sires the world has ever seen. The Aganix Z offspring combine their athletic model with an easy jumping style and radiate capacity!