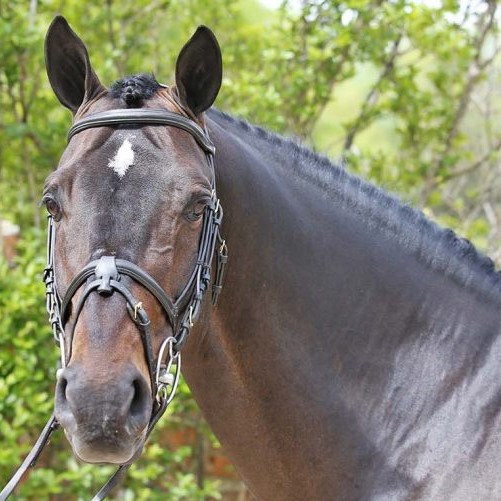 
Terms - €500+VAT for unlimited attempts with chilled semen, for one named mare in one breeding season. If the mare is certified not in foal by the end of September, €200+VAT will be refunded.

About - Argento, by the famous sire Arko, a fantastic looking stallion with a big careful jump and his sporting results are second none – he has already won over 16 Grand Prix’s throughout his jumping career and still has plenty more to come! In 2014 he was the second highest earner in winnings in the UK – he won Grand Prix’s such as Amsterdam, Munich, Treffen plus many more International Classes.
Performance - John Whitaker and Argento won 18 international Grand-Prix (like Galoubet in his time). For eight years together they occupy some of the best places in the world ranking. Just as efficient in GP with speed, his power and his respect for the jumps - they were unalterable throughout his career. Argento combines elegance and kindness of character. In 2015 he won the Treffen Grand Prix , both the Gucci Masters and the Longines Grand Prix in Hong Kong plus many more and not only that, he also became the World’s Number One Show Jumper.
Sire - Arko III is an exceptional sire with a immense sporting history, with his lifetime earnings to date reaching over 1 million pounds, ranking number 1 horse in Europe 3 years running in 2004 to 2000. Arko has an impeccable pedigree and is by the prestigious and famous Argentinus who was Oldenburg Champion and Hanoverian Stallion of the Year 2005. Having respresented GB in the 2004 Olympic Games in Athens, placed first in the best earning show in the world Calgary CN Grand Prix 2008, he had previously won the Dubai Classic and the 2nd Dubai Grand Prix. He also has numerous Nations Cup double clears under his belt.
Damline - In 2010, one of Flora May's daughters was crossed at ARKO III, she will give the excellent international horse Arakan 1.60m  ridden by Louise Saywell (GBR) will be classified 9th CSI3 * 2019 Birmingham (GBR) ( 1.60m ); 8th CSI4 * 2019 Liverpool (GBR) ( 1.50m ).
Progeny - His offspring no doubt have inherited his looks and athletic build. We know of 28 products of which 15 are old enough to compete; 10 of them go out in CSI. Bazento is the winner in 150cm finished fourth under Katrin Burger. In 2012 the stallion sold as a 12-year old to Denmark.