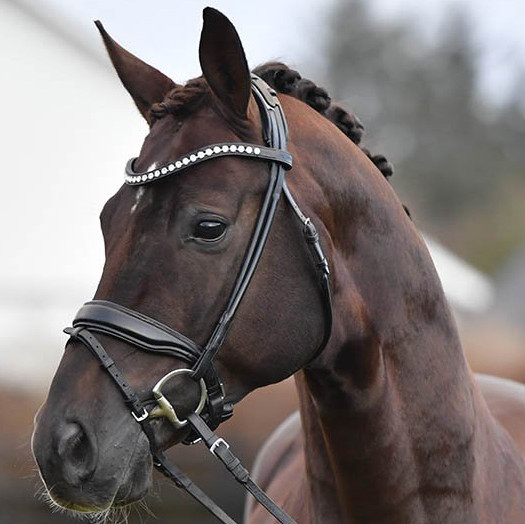 About and Performance- Danish bred Botticelli is an attractive, modern horse. In 2017 he was a silver medalist at the DWB championship and the Danish Championships where he scored 9.5 for trot and 9.2 for capacity. That same year, he was a finalist in the WCYH and the year after.

Sire- Benetton Dream was the 2007 Bundeschampion with 9.5 for trot and canter and 10 for walk. He has had international grand prix success under Tinne Vilhemson Silfven, notably winning the CDI 3* Grand Prix in Wellington. He has produced over 15 licensed sons and notable progeny include DSP Belantis who is tipped as a future championship horse for Isabel Werth. His grandson, Don Martillo was the 5 year old champion at the WCYH in 2017.

Damsire- Mother Atterupgaards Dicte is the full sister to international grand prix star Atterupgaards Cassidy, ridden by Cathrine Dufour. Cassidy was an individual bronze medalist at the 2019 European Championships for Grand Prix Special. Damsire Caprimond competed at grand prix up to the age of 19 and is known for producing fantastic type and ability.