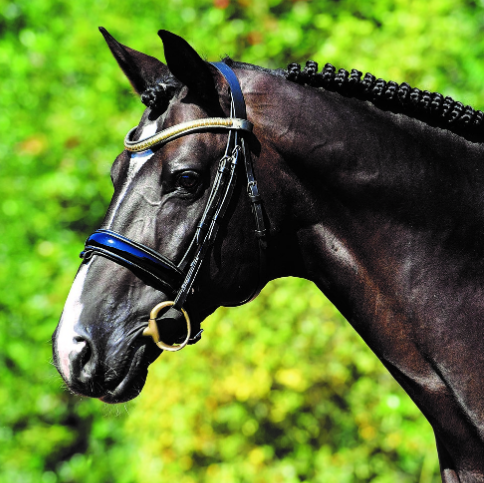 About - Baloutaire PS is a product of impeccable breeding, possesing amazing ability and technique it is no surprise that he has conquered the breeding stage as well as the international show-jumping scene at an impressive speed. He demonstrates a modern type with supple, uphill paces and has already a number of sporty and powerful foals with balanced movements which are proving to be very popular.

Performance - After recovering from an injury, he has already been placed in the Youngster Tour with Felix Koller/AUT. Previously he won tests for young show-jumping horses and demonstrated his remarkable willingness to perform (9.5), rideability (8.25) and good canter (8.0) at his stallion performance test in Adelheidsdorf.

Damline - His dam’s sire Chacco-Blue was successful internationally at grand prix level with Alois Pollmann-Schweckhorst and Andreas Kreuzer, winning the 2012 Neumünster grand prix, among others. and has led the WBFSH ranking since 2017. He sired more than 30 licensed sons and 119 advanced level/S level show jumpers, who have so far won more than €747,000. Chacco-Blue was the best-represented stallion at the 2015 European Championships, despite having died three years earlier aged just 14, after a long battle with borreliosis (Lyme disease).