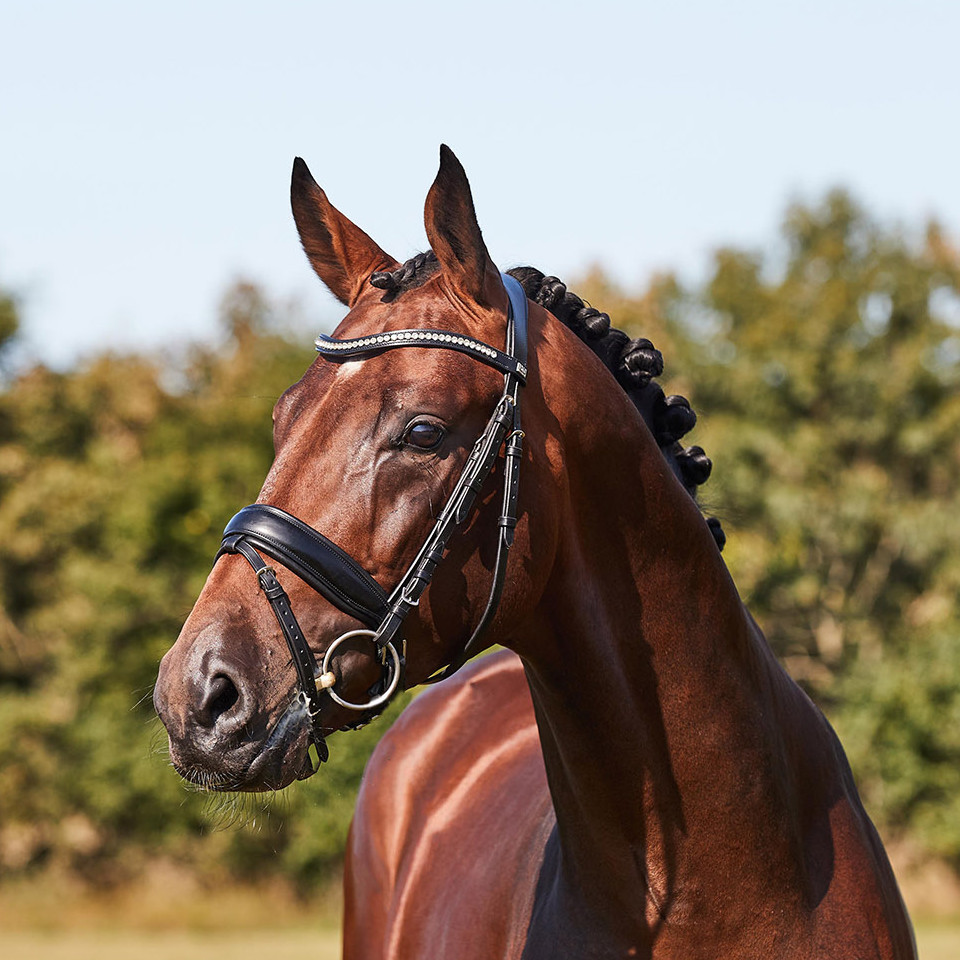 
Terms: €1000+VAT for unlimited attempts with chilled semen for one named mare in one breeding season. If the mare is certified not in foal before the end of September a 50% credit will apply the following year to use on any stallion from the same stud. If the first AI of the year was 1st July or later, then the credit in the event of non-pregnancy is 100%.

About & Performance - "A stallion with three exceptional paces. He always presents himself in an uphill and balanced manner with a lot of power. He has a lot of qualities that make him desirable for dressage sport," said Heike Kemmer on behalf of the Hanoverian licensing comittee. The striking bay stallion, with an amazing presence, was not only called to the premium ring of the year's best stallions in Verden, but was also, by far, one of the most sought-after offers of the stallion market, commanding the second highest price of the auction.

Sire -  Benicio dominated his performance test, winning with a record dressage score of 9.88. He picked up ten scores of 10.0, including for all three paces. Benicio then won the Bundeschampionat as a six-year-old, with more scores of 9.0, 9.5, and 10.0. For the early part of his career, Benicio was stationed in South Africa, but since his return to Germany he has competed at international small tour with scores over 78% at Inter I, and has competed successfully at national grand prix level. He was also second in a qualifier for the prestigious Nürnberger Burg-Pokal on a score over 73%.

Damline - His dam Hann.Pr.St. Susi Sorglos was champion mare of the show in Großenwörden and was placed at the Herwart von der Decken show in 2017. His dam's sire Scuderia was Reserve Champion of the Oldenburg Spring Licensing in 2012 and is internationally successful in Young Rider dressage competitions. His grand-dam St.Pr.St. Lady Laurie is the full sister of the licensed stallion Le Louvre. She was also successful at the Herwart von der Decken show and was named best half-blood mare in Elmlohe in 2008 and 2009.