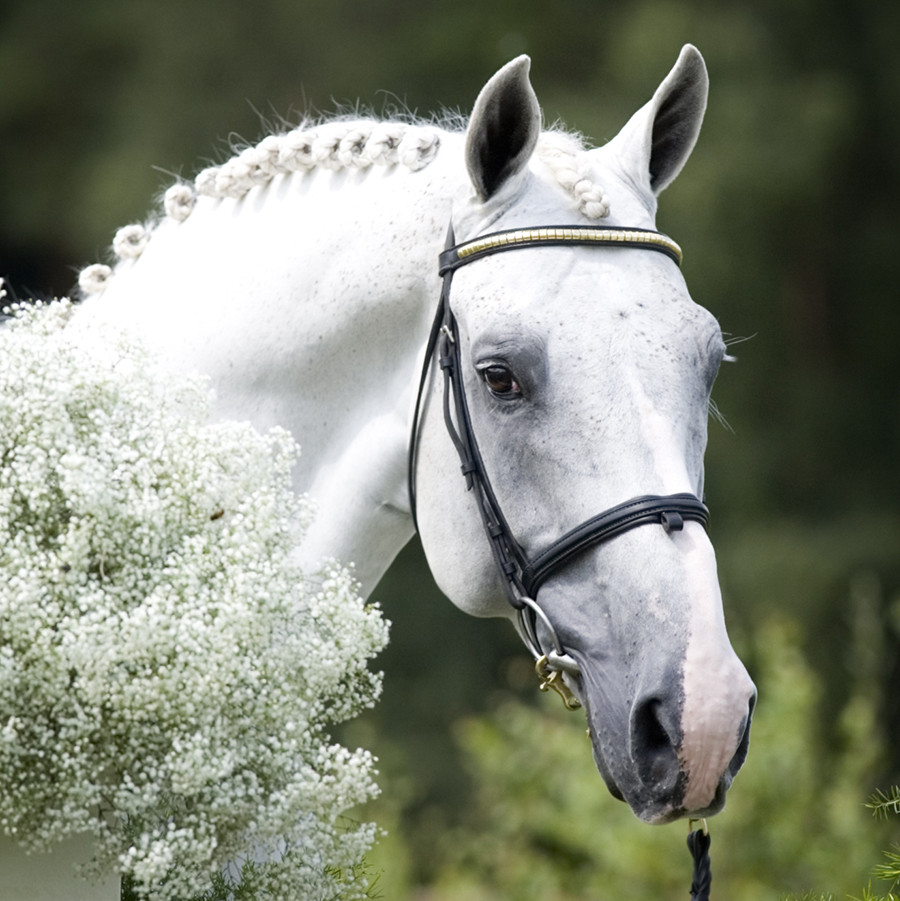 About - Berlin, under the sport names of Eurocommerce Berlin and Caspar, was a superb international grand prix horse for the Netherlands for many years, and is still a beautiful stallion today, making appearances at stallion shows well into his twenties. He is a powerful, athletic, and long-lined stallion, with an exemplary technique and excellent rideability. In 2018 was awarded Preferent by the KWPN - the highest honour a stallion can receive.

Performance - Under Dutch team rider Gerco Schröder, Berlin was a star of the Dutch team, jumping on the gold medal-winning teams at the European Championships in Mannheim, and the World Equestrian Games in Aachen, where he finished sixth individually and jumped the crucial clear round to secure the gold medal. Under Gerco's older brother Wim, Berlin had already finished 12th at the European Championships in Donaueschingen in 2003, on his first senior championship appearance. Under Gerco and Wim, Berlin won the grands prix of La Caruna, Valkensward, Verona, and was Dutch champion in 2006.

Damline - Berlin's damline, Stamm 890, has Holstein roots and has also produced the grand prix megastar Casall ASK. Berlin's dam Estia, who jumped up to grand prix level under the sport name Cathleen W, has produced four licensed stallions including Berlin's full-brother, Caspar II, and several jumping horses of 1.30-1.40m level. The grand-dam Vardana produced a host of international sport horses, and further back in the dam line we find the grand prix jumper Lorina II and the licensed stallion Modesto.

Progeny - Berlin ranks #10 on the WBFSH rankings for 2017, up from 15th in 2016. His offspring are emerging at grand prix level and are much admired across the globe. They include the top-level horses Zerlin, Caspar 232, Zilverstar, Zanzibar, Dino W, and Basic. Young and upcoming stars are Vip du Forezan, Beyonce Z, and Dolores.