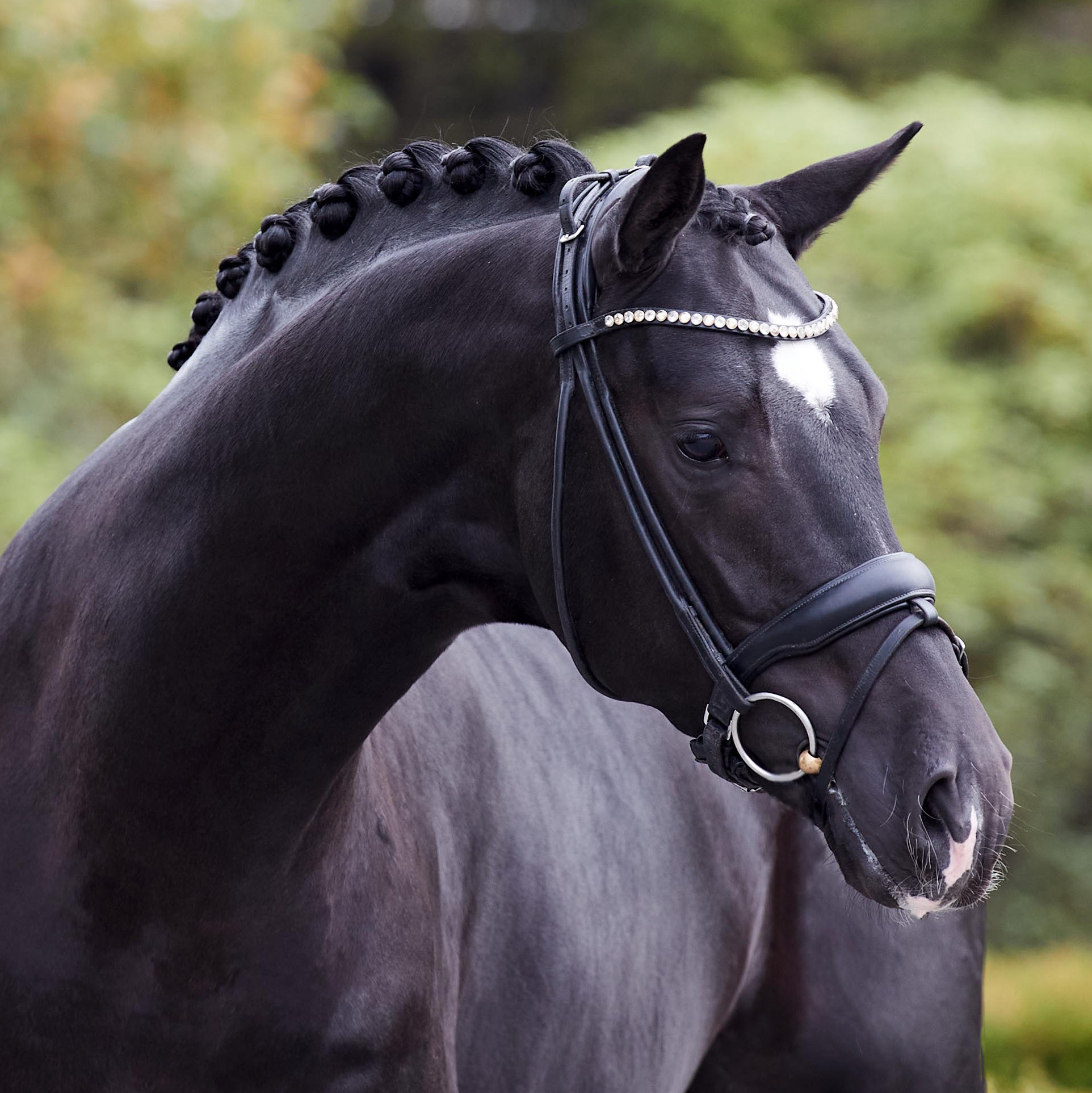 About & Performance - A majestic performance at the Hanoverian licensing earned Bonjour a place in the premium ring. "Beautiful and charismatic. In movement this stallion, clearly marked by his sire Bon Coeur, always presented himself in an uphill frame and super elastic", Heike Kemmer summarised the enthusiastic judgement of the licensing commission. With his outstanding paces and exceptional ground-cover, this jet-black stallion sets new standards.

Sire -  Bon Coeur was a premium stallion in Verden 2014, and won his 30-day test in Schlieckau in a very strong field with total points of 9.1 for his gaits. During the 30-day test, he was rewarded with the maximum of 10.0 several times. He has been awarded 9.0 multiple times for rideability during qualifiers to the Bundeshampionat. He was also champion in Hannover 2016 and was, both as a 3-year and 4-year-old Reserve-Bundeschampion in Warendorf. He was awarded the Weltmeyer Prize 2017, from the Hanoverian Association for his magnificent year in the sport. In September 2018, Bon Coeur made his first start in Sweden. He had an impressive 93% in the 6-year-old test, with a 10 for future prospects. In January 2020 Bon Coeur made a start at international small tour with +71% in Wellington, Florida.