A young stallion with exceptionally powerful hindquarters, from Olympic sires on both sides 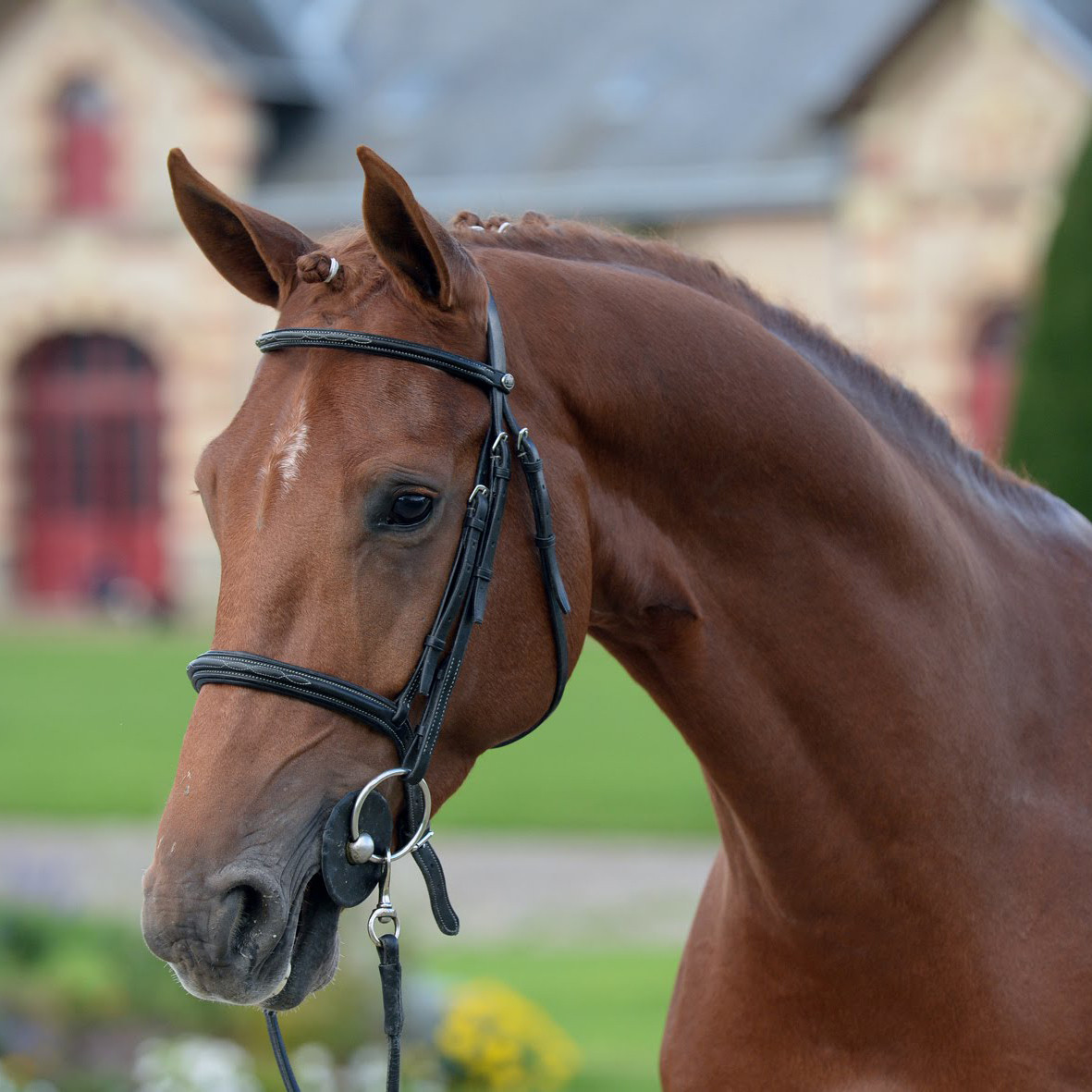 
Terms - €1000+VAT for unlimited attempts with frozen semen, for one named mare in one breeding season. If the mare is certified not in foal by the end of September, €700+VAT will be refunded.

About - Brantzau is a modern sport stallion with blood, size and power. He is light on his feet, with an active canter and a powerful jump where he demonstrates a superior hindquarter technique. With lots of energy, Brantzau still has excellent rideability.

Performance - He was 3rd at the Selle Francais stallion licensing, and also approved at the Holstein licensing. In both tests, he impressed with his jumping technique and received a lot of praise. In 2015, Brantzau passed his performance test in Schlieckau, where he received an average of 8.3 for jumping. He scored nines for character, temperament and loose jumping. In 2016 he won a Bundeschampionat qualifier under Thea Jelcic in Germany now under Jur Vrieling he has jumped clear rounds at his first international shows in Zuidbroek and Drachten.

Sire - His sire Baloubet du Rouet was phenomenally successful at grand prix, winning individual gold at the 2004 Athens Olympics, and triumphing in the World Cup final three times in succession (1998-2000) and placing in the top three for the following three years (2001-2003). No other horse has come close to repeating this feat. Baloubet Du Rouet has produced countless top sport horses and several licenced sons, including Balou Du Rouet, Chaman and Bubalu. Bubalu won team gold at the 2014 World Equestrian Games and team silver at the London 2012 Olympics, while Chaman, piloted by German legend Ludger Beerbaum, jumped at top level for many years with many grand prix wins including the Lausanne GCT, and also took second in the 2014 World Cup Final.

Damline - Damsire Carthago Z jumped in the Atlanta (1996) and Sydney (2000) Olympics, won the Nations Cup in Aachen, Rotterdam and La Baule as well as numerous grands prix under Jos Lansink. He has sired more than 160 grand prix jumpers, and interestingly is also the sire of a CCI4* event horse in Cadoc Z. Brantzau's willingness to perform stems from his mother's line 104a, which has consistently produced top horses. As many as four of the granddam's siblings were successful in 1.40m classes, while the full sister of Brantzau's dam, Casaltina, won the Holsteiner Championships for Young Horses in Elmshorn. The dam line has produced, among others, internationally successful sport horses Corradina, Challenge, and Corlanda, as well as sport and breeding stallions Corland, Clapton VDL, Acodetto, and Acolord, whose ancestor was Fritz Thiedemann's Derby-winning Retina.

Progeny - Brantzau's first crop of foals were born in 2016 and he now has a number of licensed sons including Baggio at Gestuet Sprehe.