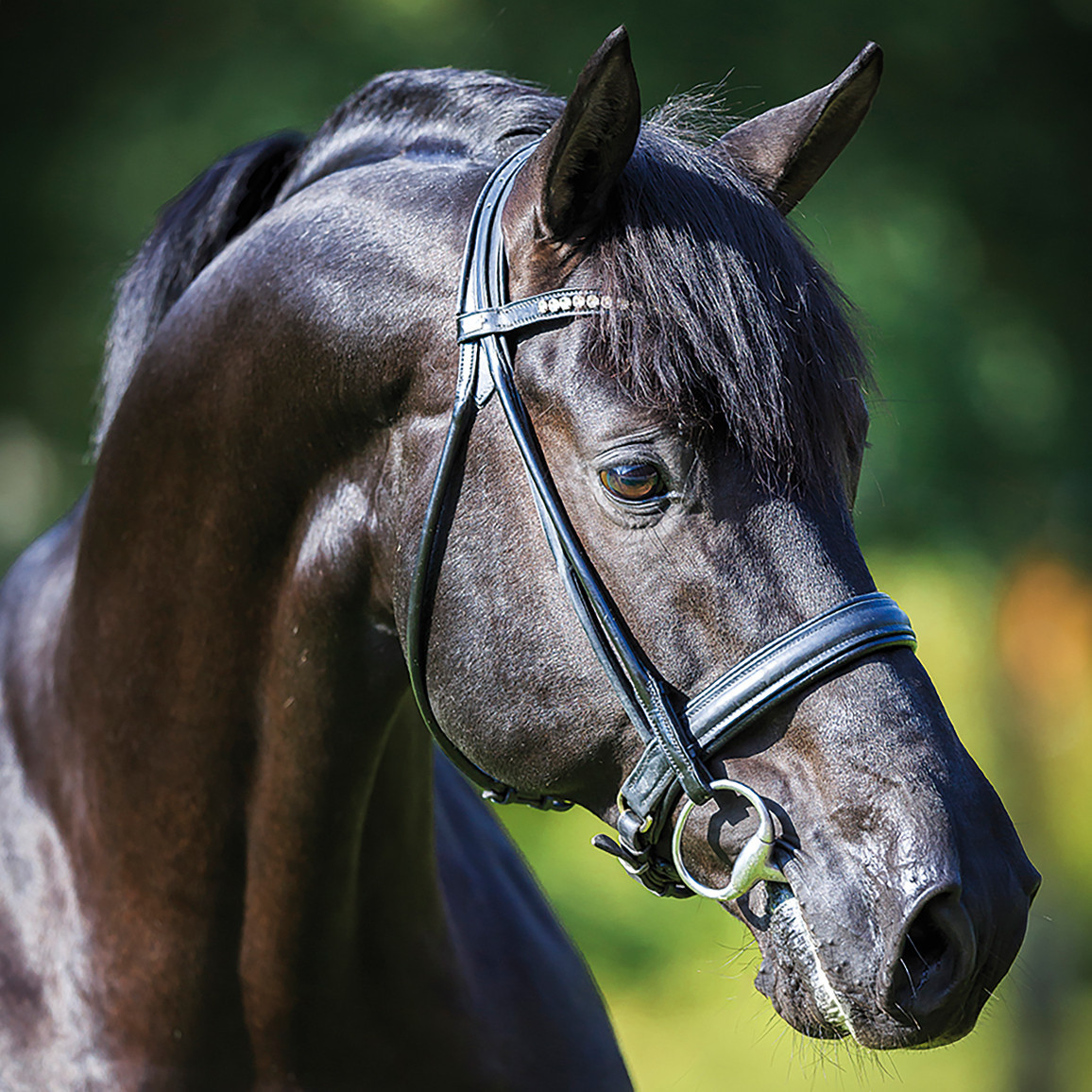 
Terms - €1200+VAT for unlimited attempts with chilled or frozen semen on one named mare in one breeding season. If the mare is certified not in foal by the end of September, €950 + VAT will be refunded.

About - Cadeau Noir impresses with his striking charisma as well as powerful movement. His undeniably masculine appearance underlines his presence as sire.

Performance - He completed his 30 day test with scores up to 9.0 for his basic gaits and was highly praised for his rideability and character. He qualified for the Bundeschampionat. In December 2019 he places 3rd with +75% in the Nurnberger Burgpokal Developing PSG Horse finals with Lena Waldmann. Throughout 2021 Cadeau Noir competed in multiple competitions and placed in the majority of them with exceptional scores .

Progeny - He has sired top selling offspring at the Elite Foal Aution in Verden and has already 4 licensed sons (the most famous being Confess Color (Cadeau Noir x Licosto) who sold for €1.89m at the 2019 Hanovarian Stallion Licensing).

When bred to small, compact mares, the results have been fantastic. Cadeau Noir is homozygous black and will not produce chestnut foals; on a black mare he will produce a black foal.

Sire - Christ positioned himself among esteemed sires with 16 licensed sons. Christ was second reserve Champion Stallion in the group of stallions with emphasis on dressage at the Hanoverian licensing in Verden in 2007 and finished his 30-day test with top scores. In the meantime, Christ competes highly successful in dressage up to Prix St. Georg.

Damsire -  De Niro – Donnerhall on the paternal side meet Calypso II – Cor de la Bryère on the maternal side. The dam and her both daughters, who are both sired by Christ, were awarded premiums as mare family on the occasion of the Herwart-von-der-Decken Show in 2013. At the broodmare show in Uelzen they became Champion Mare Family and the two-year old full sister of Cadeau Noir was celebrated classes and overall Champion of the show. Cadeau Noir’s half brother Nymphenburgs Finest Ampere is licensed too.