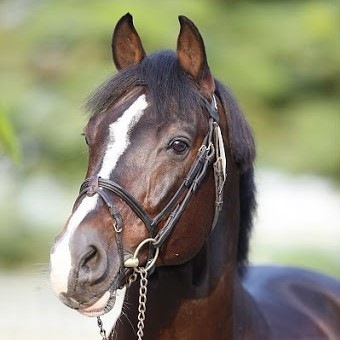 
Terms - €3600 +VAT for unlimited attempts with chilled semen on one named mare in one breeding season. If the mare is certified not in foal by the end of September €2900 +VAT will be refunded.

About & Performance - Casall is considered to be one of the most elegant of the Landgraf sons out of one of the most successful Holsteiner mare lines. With his prolific Grand Prix career under Rolf-Göran Bengtsson making debuts at some of the most challenging courses such as the London 2012 Olympics, Herning Europeans, and World Equestrian Games. His exceptional offspring have put him in the top spot on the WBFSH sire rankings for 6 years.

At 18, Casall was retired from competition fit as a fiddle. And this top athlete ended his career with a bang as his farewell involved winning a Global Champions Tour leg in front of a home crowd, all his fans and the Holsteiner breeders – an amazing feat! The expert audience agreed that this could not have been scripted any better. The farewell ceremony directly after the win in front of a teary-eyed audience was again very emotional. Casall – a living legend!

Performance - The international star Casall won his first Grand Prix under Rolf Goran Bengstsson in 2008, from there the pair went on to place all of the worlds premier showjumping competitions. In 2010 Casall won the Grand Prix in Rotterdam, the following year they went on to place first in Hamburg and Monte Carlo legs of the Global Champions Tour and the World Cup in Lyon. In 2012 he made his debut in the 2012 London Olympics, in 2013 he was second at the Grand Prix in Ommen and Zurich, fourth individually in the European Championships in Herning. 2014 in the Global Champions Tour he competed 6 out of the 7 jump offs won in Chantilly and DOha and placed second overall.

Sire - His sire Caretino counts among the Holsteiner studbook’s top sires. Through Caletto II, another exceptional breeding stallion, the sire line traces back to once-in-a-century stallion Cor de la Bryère. He went on to win numerous young jumper classes showing his outstanding jumping technique. At 5 and at 6 years old, Caretino participated in the Bundeschampionate under Thomas Schöning. Bo Kristoffersen took over the ride on him a year later and commenced competing at Grand Prix and Nations Cup level. They accumulated 40 placings at S level together.

Damline - Casall’s dam Kira traces back to stem 890, one of the most successful Holsteiner performance mare families. At the 2005 stallion grading in Neumünster, her son Clarence by Carano attracted a lot of attention and won reserve champion. Casall’s second dam, Maltia by Raimond, produced Taura (by Lord), and Taura in her turn produced the licensed stallions Ringo Starr and Cesano I and II. The successful international sport horses, Crocodile Dandy (Alison Firestone) and Conally (Markus Renzel), are out of Taura, as well.

Progeny-  Casall is in a class of his own also as a breeding stallion. Various international top level competitions saw Casall compete against his own offspring – impressive evidence for his ability to pass on his quality. Only some of his offspring highly successful at international level will be mentioned, like for example Cupfer, a top prospect at the stable of Marcus Ehning, H&M Chilli Willi with Nicola Philippaerts (BEL), Austria with Kent Farrington, Caillou with Karl Cook, Casallvano with Daniel Deusser, Cita with Daniel Coyle, Chesall Zimequest with Simon Delestre (FRA), Casello under Ludger Beerbaum, Cristallo A LM with Philippe Rozier (FRA), Wunschkind with Eric van der Vleuten (NED), Casall under Ali Wolff (USA), and Caracas under Jos Verlooy (BEL), to name just a few.

Year upon year, Casall foals stand out for their convincing charm and class. On the occasion of his 2017 retirement from competition in Hamburg, eight elite foals by Casall were knocked down at an average price of almost 22,000 euros; the highest-priced foal of the 2017 Elmshorn foal auction, which changed hands at 34,000 euros, was by Casall, as well. At last year’s Stephex auction sale, the highest-priced foal were by Casall, as well, with a Casall-Kannan filly knocked down at 96,000 euros and a Casall-Vigo d’Arsouille filly sold at 50,000 euros.
A three-year-old Casall daughter drew particular attention in the Holsteiner elite riding horse collection and was knocked down at 150,000 euros.