A young son of grand prix star Casall ASK; an exciting prospect for breeding and sport 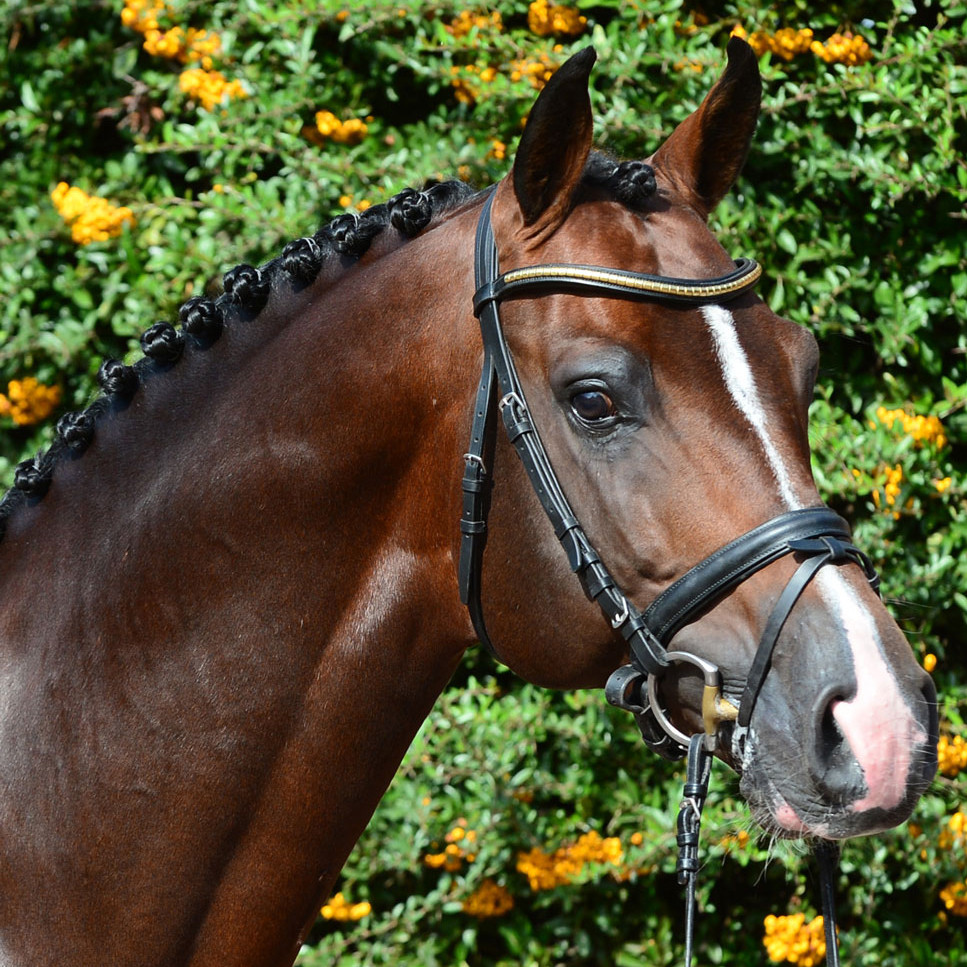 About -  Casallco is a large-framed, athletic horse. He has excetional scope and style and is typey, correct and likeable in every way.

Performance - In his 30-day performance test, Casallco scored three 10s. He was awarded a 1c premium during his licensing at Vechta in 2013, and was second in the Hauptprämie (awarded for the best first crop of foals) in 2015. In his second international season, in 2019, Casallco achieved top placings in the competitions of Lanaken/BEL, Paderborn, Kronenberg/NED, Verden and Hagen.

Sire - Casall ASK is still winning grands prix aged 18 with Rolf-Goran Bengtsson, who rode him since 2005. As a six-year-old, he was third in the Bundeschampionat and Schleswig-Holstein Champion, but it is his international career that has been exceptional. He was the overall winner of the Longines Global Champions Tour (GCT) in 2016, winning not only the final in Doha but also the Paris and Valkensward legs. The previous season, he won the Rome and London GCT grands prix, and was third in the GCT rankings at the end of the season; throughout his career, he has won or finished on the podium in a GCT grand prix 22 times. He has won over €1.8 million on the Global Champion Tour alone. He was also 4th individually at both the 2014 World Equestrian Games and the 2013 European Championships, where he also won team bronze. His soundness and reliability have been remarkable - he has never missed a season in his 13-year career, and he is ranked fourth on the WBFSH Sire Rankings for 2016.

Damline - His dam Zelda IV is full sister to the licensed stallion Chocoprince, while damsire Contender, performance test champion, was one of the most established producers and amongst his progeny are 127 licensed sons and more than 100 grand prix horses, with winnings so far of over €8.65 million. His offspring include Checkmate, Montender, Chiara 222, Cool And Easy, Chellano Z, Con Air, and Carlo 273. Grand-dam Marli is full sister to the licensed stallion Chippendale, who is jumping at advanced level. In the third generation is Carthago, who was consistently successful with Jos Lansink in the Dutch Nations Cup Team. In the fourth generation, the defining Calypso II appears for a second time, followed by the very radiant Ramiro son Rio Negro. Cascallo stems from the Holstein lineage 8798, which is of Hanoverian origin.