Combination of an excellent damline and a promising sire. 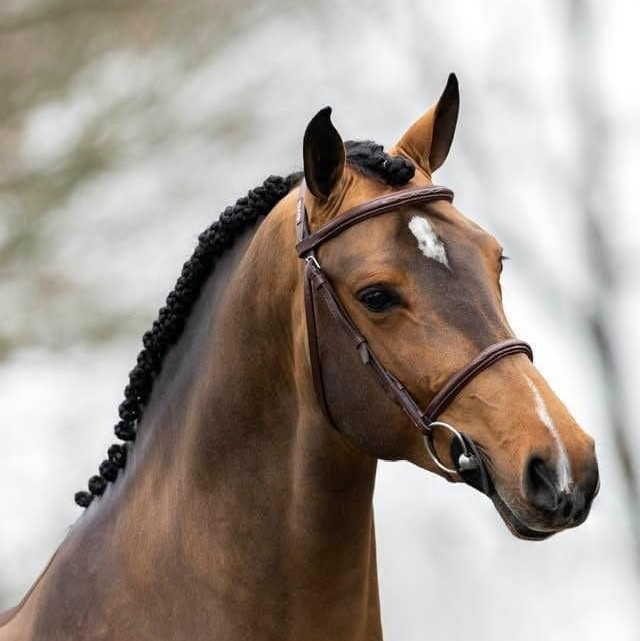 
Terms: €850+VAT, unlimited attempts with chilled semen on one named mare in one breeding season. If the mare is certified not in foal by the end of September, €500 + VAT will be refunded.

About & Performance - Cero Blue TN is bred from one of the most high-performance dam lines in Germany; his excellent pedigree goes back to the world famous mare Fein Cera. Cero Blue TN combines his fantastic dam line with his promising sire Chacoon Blue. This Chacco Blue son is seen by many as one of the successors of his famous father and seems to pass on his classic way of jumping, rideability and the ability of Chacco Blue to his offspring. Cero Blue TN's grandfather Balou du Rouet can be seen as one of the best jumping stallions of the moment with numerous offspring at the highest level.

Sire - As a five-year-old, Chacoon Blue achieved great sporting success with wins and placings in young horse and intermediate classes. At the end of the year he passed  the 30-day test in Schlieckau, and finished as one of the three equal show jumping champions with a sensational mark of 9,40. For free jumping, ability at the jump and character he received the maximum mark of 10.0. In 2015, he was the easy winner of the Dobrock show jumping championships, was a finalist at the German national championships and then effortlessly made the step up to higher classes; he has already won S-level show-jumping competitions and was second at the Young Horse Championship of seven-year-olds in Warendorf at S** level.

Damline -   Cero Blue TN's granddam, Zera, jumped at 1.60m level under Pato Muente and later Victoria Vargas; Zera became world famous when she won the Hamburg Derby in 2017. Zera's granddam is the famous Fein Cera of Peter Wylde, whose dam Cera also jumped at 1.60m level under Paul Darragh and Otto Becker. In addition, Fein Cera was at the basis of the Olympic show jumper Ornellaia ridden by John Whitaker and Peter Moloney, the stallion By Cera d'Ick and the Grand Prix show jumper Echo of Light - also successful under John Whitaker.