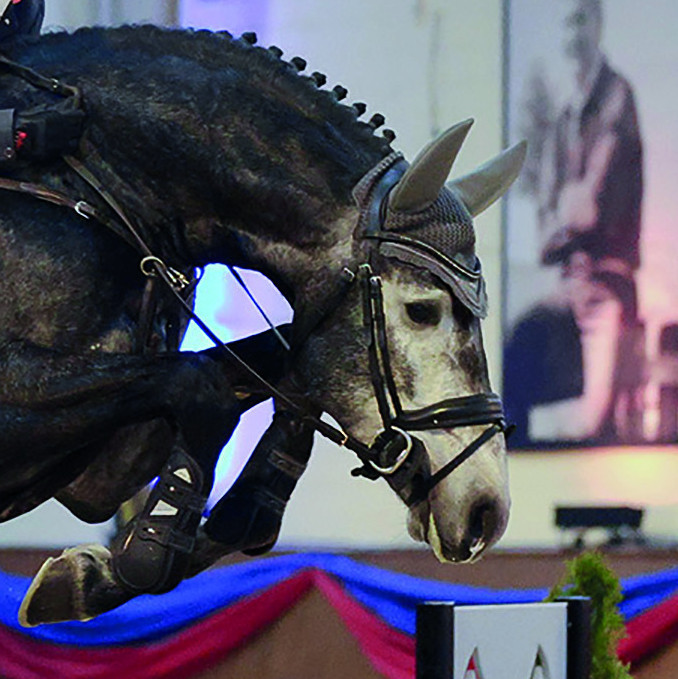 About- Oozing confidence on the course and always focused on the top bar – Chacoolou PS is recommended as a young jumper of unique quality.

He has an incredible amount of scope and accurancy in the jump.  Chacoolou PS completed his HLP in Adelheidsdorf with a total of 8.61 as one of the best in the 35-strong examination field. He received 9.0,  four times – among other things for his jumping ability. His rideability was rated 8.75.

Sire- The father Chacoon Blue reached top placings  under his rider Philip Rüping in the world ranking jumps of Frankfurt, Kronenberg/NED, Lanaken/BEL and Oldenburg against strong competition, after he had previously placed in the youngster tours of Munich, Neumünster, Paderborn and Opglabbeek/NED. Chacoon Blue already hinted at his potential in his HLP victory in Schlieckau (jumping final score 9.4). For his free jumping and his jumping predisposition he received the dream grade 10. In 2015. After winning the Deister Championship on the Dobrock, he placed in the Bundeschampionatsfinale (6yr.). In 2016, after his first successes in the international Youngster Tour, he was narrowly beaten, winning silver at the Warendorf Youngster Championship (7 years). Once again, his enormous bascule, his squeaky clean technique and his almost exemplary rideability impressed.

In the pedigree, the heredity heroes Lancer III and Sandro are included in the enviable lines.