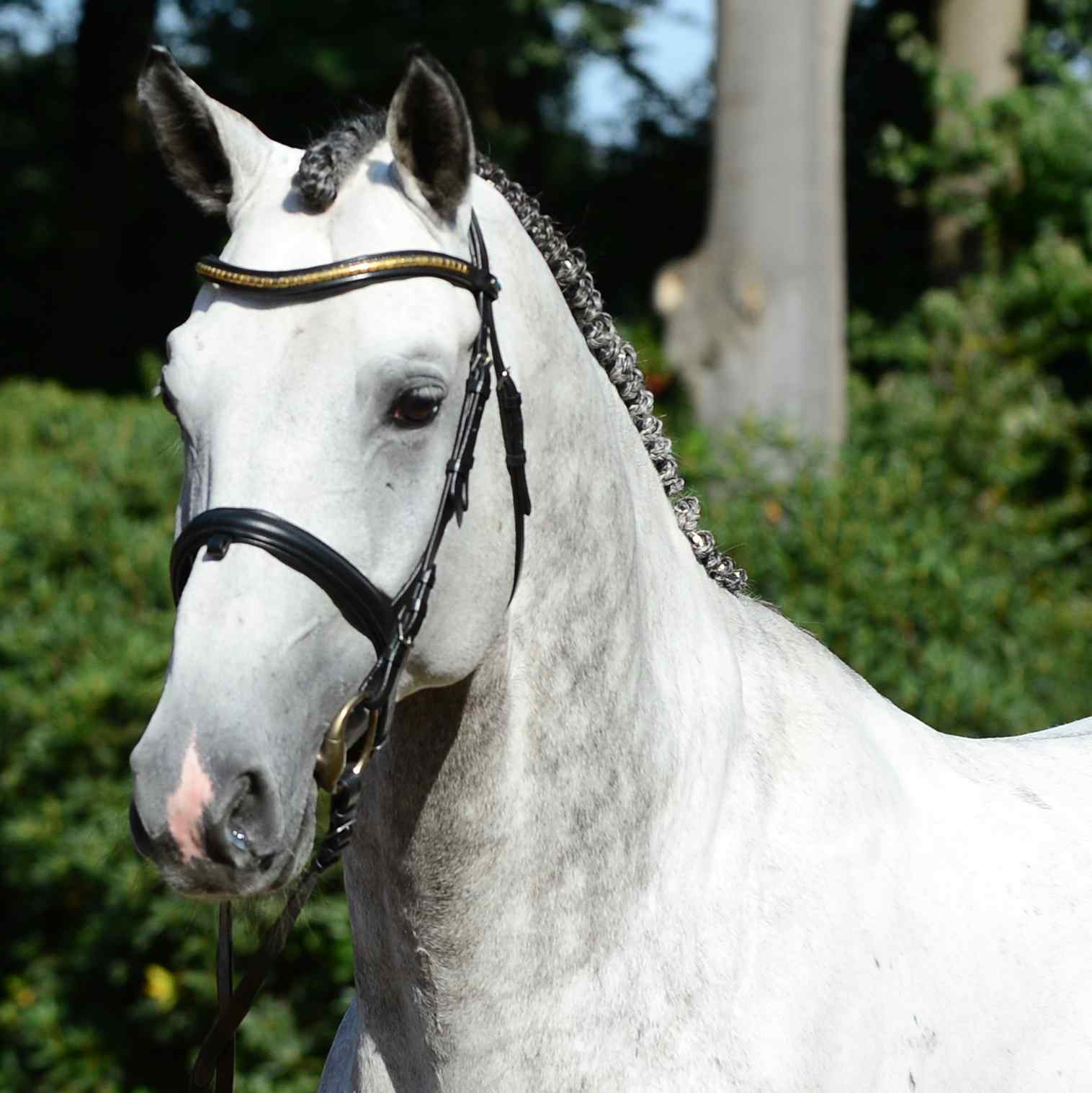 
Terms  - €2200+VAT, allowing unlimited attempts with chilled or frozen semen, for one named mare in one breeding season. If the mare is certified not pregnant before the end of September then a 50% credit applies to spend on a Schockemoehle / Helgstrand covering the following year. If the first AI of the year is July 1st or later, the credit the following year is 100%.

About - Chacoon Blue is a sensational show jumper with a true affinity for performance. His canter and the quality of his jump, from the perspective of scope, manner and leg technique are excellent.

Performance - As a five-year-old, Chacoon Blue achieved great sporting success with wins and placings in young horse and intermediate classes. At the end of the year he passed  the 30-day test in Schlieckau, and finished as one of the three equal show jumping champions with a sensational mark of 9,40. For free jumping, ability at the jump and character he received the maximum mark of 10.0. In 2015, he was the easy winner of the Dobrock show jumping championships, was a finalist at the German national championships and then effortlessly made the step up to higher classes; he has already won S-level show-jumping competitions and was second at the Young Horse Championship of seven-year-olds in Warendorf at S** level.

Chacoon Blue already demonstrated his unlimited abilities in 2014 at his stallion performance test in Schlieckau, which he completed with a grandiose final score of 9.4 with a focus on jumping.

In 2016, after his first successes in the international Youngster Tour, he won silver at the Warendorf Youngster Championships (7y.o.), very close behind the champion.

Sire - The Mecklenburg sire Chacco-Blue was successful internationally at grand prix level with Alois Pollmann-Schweckhorst and Andreas Kreuzer, winning the 2012 Neumünster grand prix, among others. He sired more than 30 licensed sons and 119 advanced level/S level show jumpers, who have so far won more than €747,000. Chacco-Blue was the best-represented stallion at the 2015 European Championships, despite having died three years earlier aged just 14, after a long battle with borreliosis (Lyme disease).

Damline - His dam sire Cartoon was only  at stud for a short time whilst being active in sport but has sired a higher than average number of successful advanced level/S level horses for the little time he was standing. The great-grand dam Akelei Z is a full sister to the team Olympic Champion Askan 4. Her line goes on to the significant Hanoverian mare family 33 - Agenda (Agram x Alex), from which came 25 licensed stallions including the successful international stallion Don Ramino.

Progeny - In competition his progeny are already succeeding whilst he also has 15 licensed sons.

Amongst the 15 licensed stallions produced by Chacoon Blue, Chacoolou PS/Eiken Sato JPN, Chacoon's Fly PS/Patrick Stühlmeyer, who was placed third at the German Championships in Warendorf, the show jumping serial winner Cancun/Takashi Haase, Charmane, who was also placed in numerous show jumping competitions, as well as the first Reserve Champion of the BWP licensing, Spitfire V, and the Hanoverian premium stallion Carnegie (M. by Balou du Rouet) stand out.