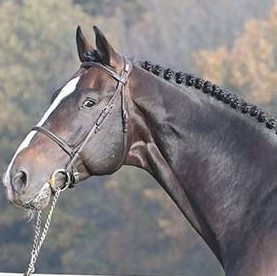 About -  Chilli Willi was the Winner at the Nations Cup in Rotterdam and 3rd in Samorin. He has an exceptional sporting career as well as one of the best pedigrees, having competed all over the world internationally and sitting at the top of the showjumping scene.

Sire - Casall is one of the top horses on the international jumping circuit. During the past few years, he reached the top 25 at all the major championships; 2012 London Olympics, 2013 Europeans in Herning; team bronze and 4th individually, 2014 World Equestrian Games in Caen: 4th, 2014 Global Champions Tour: competed in 6 out of 7 jump offs, won Chantilly and Doha, and placed 2nd in overall GCT standings, 2015 GCT: won London and Rome GCT with selective campaigning.