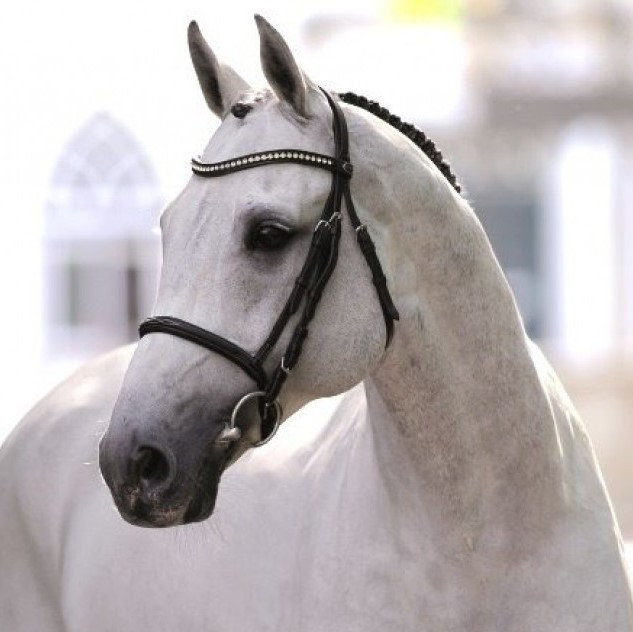 
Terms - €1700 +VAT for unlimited attempts with chilled semen on one named mare in one breeding season, if the mare is certified not in foal by the end of September €1350 +VAT will be refunded.

About - Clarimo is a stallion clearly influenced by his TB ancestors. Impressively demonstrating his outstanding canter and his thrilling free jumping ability during his first appearances. His jumping quality is almost guaranteed by his breeding, his bloodlines combine the outstanding performance genes of the stallions Capitol I and Caletto II, with those of Wisma and Wodka. Both mares have produced several outstanding jumpers during their career at stud. A daughter of Lord, Wodka includes the licensed stallions Clearway, Conway I and II and Arturo, as well as Carassina, winner of the German Jumping Derby under Thomas Kleis in 2009.

Performance - In his first competition season with Janne Friederike Meyer, Clarimo stood out as a serial winner of young horse jumping classes at L and M level. He won the State 6-year-old Jumping Championship and qualified for the National Championships. At 7-year-old, he already placed to S level in the international youngster tours at Verden and Neumünster. In 2012, he was highly placed in jumping classes through S** level. Since late 2012, Rolf-Göran Bengtsson got the ride on him, resulting in numerous inter-national top placings in jumping classes through 1.60m level for example in Doha, Paris, s’Hertogenbosch, Hamburg, Valkenswaart, Lyon, Vienna, Rome, Cannes, and Gothenburg. Winning the 2016 Falsterbo CSI5* grand prix has been Clarimo’s greatest success so far. He also had several results with the Swedish team and was on the team which won the 2017 Rotterdam Nations Cup leg. Unfortunately, the stallion was badly injured at Rotterdam.

Sire - Clarimo’s sire, Clearway by Capitol I, achieved international placings with Lars Bak Andersen, for example at the Neumünster and Braunschweig grands prix. Wodka’s good genetic make-up is also brought out by her daughters Chika’s Way (by Caretino), a mare with many international results first under Janne Friederike Meyer, then Katrin Eckermann, and most recently Pius Schwizer, and Carassina (by Concerto II), winner of the Hamburg Derby under Thomas Kleis in 2009. Capitol I is a real rarity in the ranks of Holsteiner stallions he related to that other pillar of Holsteiner breeding, Landgraf, which means he adds variety into any breeding programme founded on those lines.

Damline - Clarimo’s dam Wisma has made breeding history through her licensed sons, Cassini I and II. Cassini I in particular used to be one of the Holsteiner stud book’s most in-demand sires.