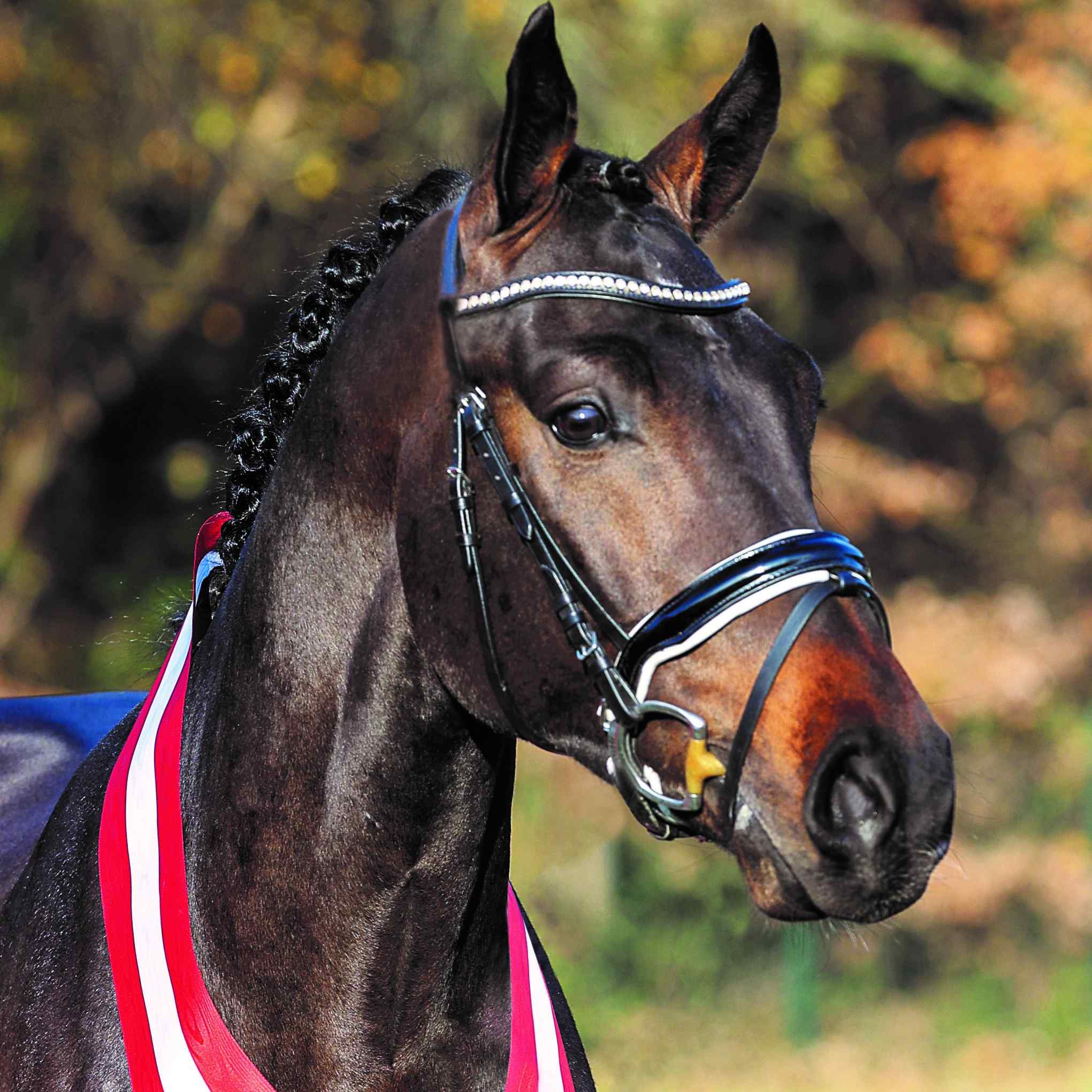 
Terms - €950+VAT for unlimited attempts with chilled semen on one named mare in one breeding season. If the mare is certified not in foal by the end of September, €700 + VAT will be refunded.

About & Perfomance - Outstanding free-jumping, great intelligence, a dreamlike type and, additionally, the world’s best genes. Coeur de Bella Donna embodies an ideal, special young prospect for breeding and sport! He became the celebrated Champion Stallion at the Westphalian licensing. He caused  excitement and apparently even goose bumps when he presented his talented free-jumping. With extraordinary elasticity, huge scope and an excellent technique, Coeur de Bella Donna mastered even the highest jumps effortlessly. His natural vision and brain at the jump impress, which became clear on the occasion of the new licensing discipline, the free-jumping with only one fence. The breeding manager Thomas Münch summarised his performance: “An athlete from head to toe with top-class jumping impressions we rave about.”

Sire - His sire Cornet Obolensky is one of the top stallions in both breeding sporting alike. Cornet Obolensky, ranked 11th in the WBFSH world ranking list of the best jumping sires in 2020, produced countless show-jumping stars, above all the reigning European Champion Clooney/Martin Fuchs/SUI, the team Vice European Champion Comme il faut/Marcus Ehning and the winner of the Nation Cup final Balou du Reventon/Darragh Kenny/IRL.

Damline - Dam Bella Donna, became famous all over the world under Meredith Michaels-Beerbaum. At the age of only nine, Bella Donna represented the German colours at the 2012’ Olympic Games in London. Nation Cup wins, top placings in World Cups as well as in 5*-star Grand Prix make Bella Donna being a world star around the globe. She gained a life-time prize sum of nearly 700,000 Euro in advance of the worth million sale to Qatar. Later on, under Hamad Ali Mohamed A Al Attiyah, Bella Donna collected many international successes in 1.60 classes for Qatar.