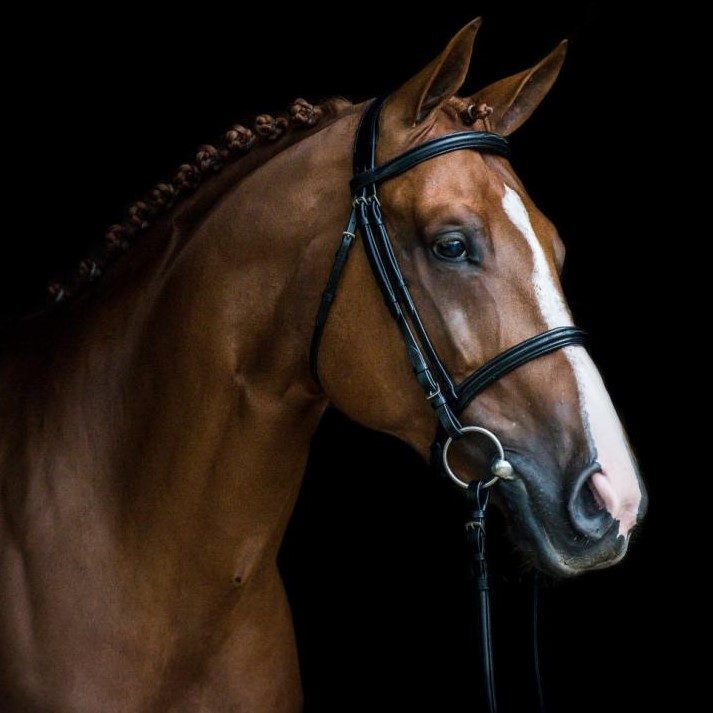 PLEASE NOTE: Comilfo Plus Z is only collected  Monday, Wednesday and Friday.

About - Comilfo Plus Z is a modern son of Comme Il Faut, with extraordinary scope, explosive power, perfect technique, and easy rideability. He is light on the ground, quick in the air, and is a compact model.

Performance - Comilfo Plus Z started his career under Christian Ahlmann, finishing 5th at the World Championships as a six-year-old. He then competed under Judy-Ann Melchoir, before returning to Christian, who was campaigning him successfully at 1.45m before a nasty neck injury finished his sporting career.

Sire - Comme Il Faut is a son of the world's most successful jumping mare, Ratina Z, who won back-to-back team golds at the Barcelona and Atlanta Olympic Games with two different riders, and also took home individual silver from Barcelona. She won the World Cup in 1993 and the Grand Prix of Aachen in 1996, team gold at the World Championships in Den Haag in 1994 and double gold at the European Championships in Mannheim 1997. His sire Cornet Obolensky competed in the 2008 Olympics at the young age of nine. He is a foundation stallion in the breeding of modern jumping horses, and is currently ranked fourth in the 2017 WBFSH Sire Rankings. The total earnings of his offspring, including former World Number One Cornet D'Amour, Cornado NRW, Cornet's Cristallo, Cocoshynsky, Cornetto King, and Comme Il Faut, are over €3.7 million. The Clinton/Heartbreaker cross is a proven formula that has produced multiple grand prix jumpers including Cordess and Consul DL Vie Z, and 18 further licensed stallions.

Damline - Damsire Balou du Rouet is an enormously popular son of the great Baloubet du Rouet, who was individual gold medallist at the 2004 Athens Olympic Games, and three-time World Cup champion. Balou has more than 50 offspring competing at grand prix level, including Balloon, Bowie Z, Carnaval du Rouet, and Bisquet Balou. Comilfo's dam has produced several full siblings, including Cobalou, who is jumping at 1.40m level. His half sister by Quinta Real has produced the licensed Comme Prevu, also by Comme Il Faut. The stallions Grannox, Zeppelin, and A Lee Spring Power are also from this mare line, as are the successful jumpers Coralie, Lausbub III. Zakspeed, Moon Ray, and Cronos 12.

Progeny - Comilfo's first crop were very impressive at the 4-year-old championships in 2017, and are proving to be copies of their sire, with his good conformation and technique. He already has two licensed sons, Copycat Z and Chapeau PS Z.