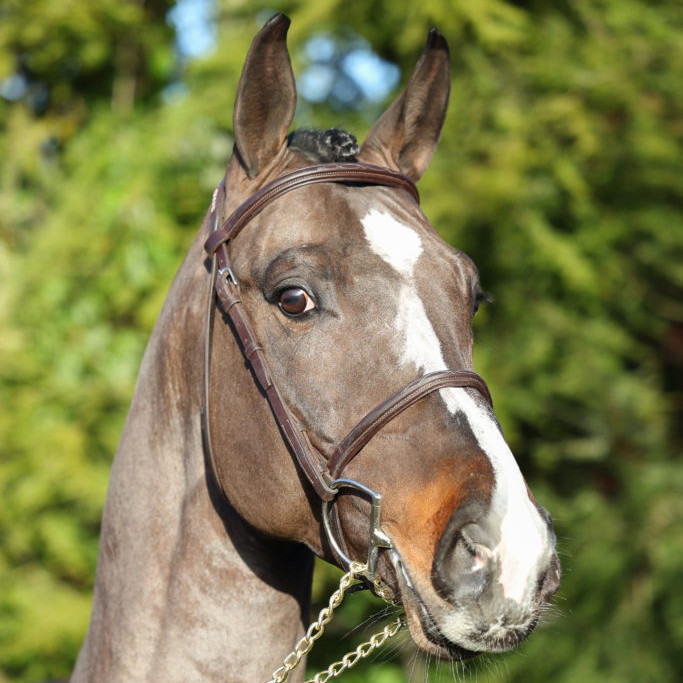 
Terms - €800+VAT for unlimited attempts with chilled semen, for one named mare in one breeding season. If the mare is certified not in foal by the end of September €500 + VAT will be refunded.

About-  Compte de Caderausse is a young athlete who impresses with his basic gaits and his jump. He shows lots of power, technique and reflexes which characterise him as a top athlete of the future. Under the saddle of Katharina von Essen, Compte de Caderausse has won several show jumping ability tests with top marks. The pedigree brings a world-class sire to each generation.

Sire- Cornet Obolensky, is currently in eighth place in the WBFSH world ranking list of the best show jumping sires. Cornet Obolensky was presented successfully in show jumper competitions in 2003. In 2004 he was seen at equestrian sports events and stallion presentations under Ludger Beerbaum.
Cornet Obolensky has a first class pedigree. His sire Clinton, son of the international icon Corrado I, is himself a highly successful international show jumper. Cornet’s dam-sire Heartbreaker, who was victorious in World Cup events, is a son of the probably most prominent Dutch sire of show jumpers of the past 20 years, Nimmerdor.
Cornet Obolensky is one of the biggest breeding revelations in Germany for the past two years, and his offspring are proving to be exceptional. His premiere age class has already produced a number of very expensive elite foals for the 25th and 26th North-Rhine Westphalian elite auctions.

Dam- The dam Bellisima is a full sister to the internationally successful jumper Bacarole/Henrik von Eckermann (SWE) and to the licensed stallions Baloutelli/Philipp Weishaupt and Barolo/Lennard Runge. The granddam Winzerin AS also produced the international show jumper Levantado AS (by Lancer II) with Lancer II. The dam's sire, Baloubet du Rouet, was a three-time World Cup winner with Rodrigo Pessoa between the ages of nine and eleven. The pair won numerous Grand Prix, including in Geneva. In 2000 there was team bronze at the Sydney Olympics.