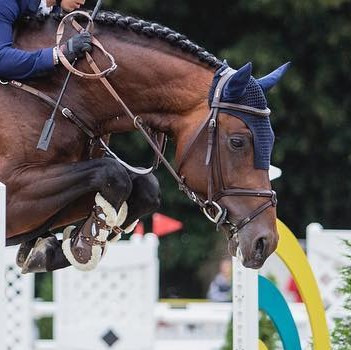 About - Contino-Quick will be standing at stud for the first time in 2021. With reports such as - "Fantastic rhythm, balance and always focused on the rider's aids, with scope and suppleness," Joachim Geilfus praised the grandiose performance of Contino-Quick PS in the final of the German Championships for five-year-old show jumping horses.

Performance - Ridden by Eiken Sato/JPN, the show jumper with the ideal manner received 9.0 for the first round and 8.8 for the second, and finished with the bronze medal. Contino-Quick PS qualified for the championships in Warendorf with serial victories in competitions for young show jumping horses and was clear in every round of the championships. He finished the first qualification in third place with a score of 8.7 and the final qualification in second place with a score of 8.8.

Sire - His sire Contendro I (WBFSH Sire Ranking: 27th in show jumping and 4th in eventing) has produced over 70 licensed stallions and more than 350 horses who are successful at advanced level competitions. The prize money of his offspring amounts to 7.4 million Euros. The main contributors were Codex One/Christian Ahlmann, Conthendrix/Andre Thieme, Queen Mary/Jan Wernke and the European Eventing Team Champion and European Championships individual silver medallist fischerChipmunk FRH/Michael Jung.