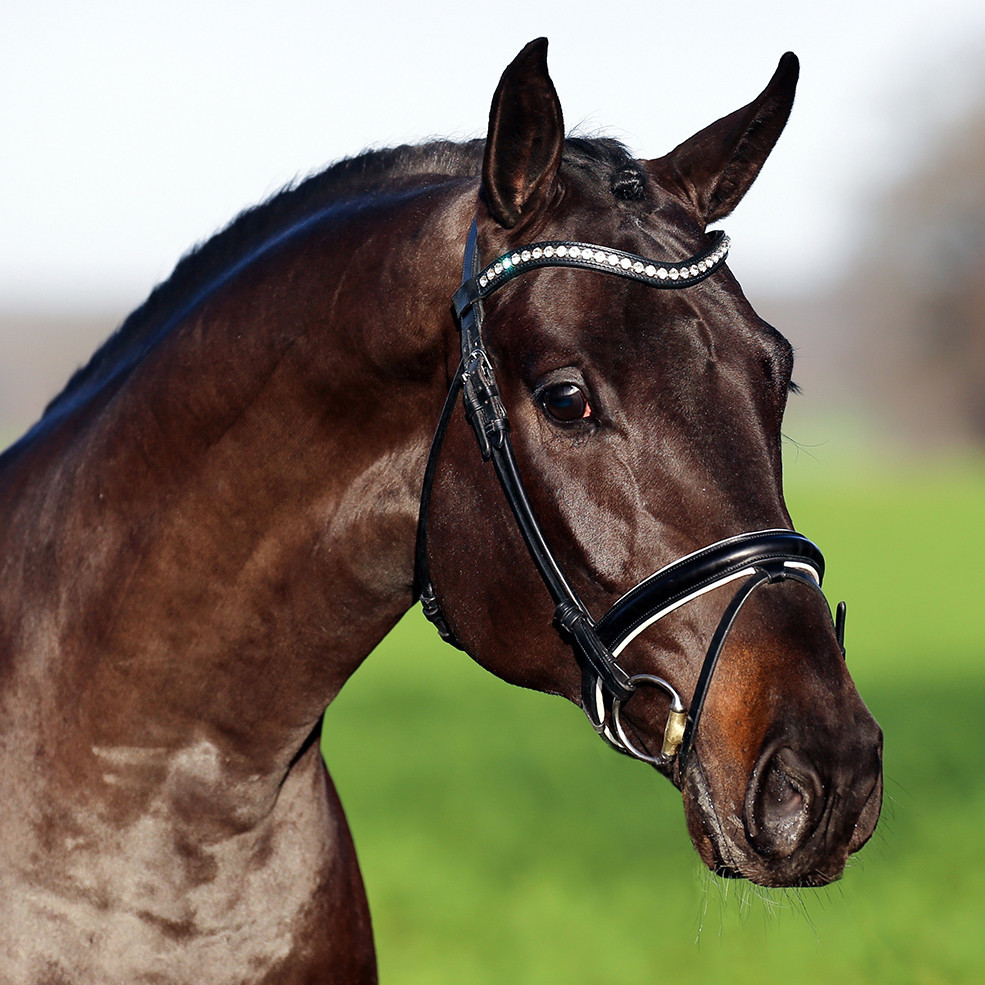 
Terms: €400 per dose allowing the registration of one foal with no refund or credit if the mare is not in foal.

About - An athlete who is striking in type and appearance. At the licensing in 2017 he showed his incredible jumping scope, hindquarter freedom and technique.

Performance - In 2018 he passed his 14-day-test in Neustadt-Dosse with a 9,0 for loose-jumping and a final score with emphasis on jumping was at 8,50. In 2019 he confirmed the first assessments when it came to jumping under the saddle (final score of 8.62 in the second part of his sport test in Verden). This enormous willingness to perform combined with unlimited scope will lead him easily all the way up to the international sport.  After a gentle build-up, Cornet has won several show jumping ability tests under his owner Mario Stevens last year and has already competed in 1.35m classes at the international level.

Sire -  Cornet Obolensky operates as one of the best jumper sires worldwide. Numerous offspring participate in the international Global Champions Tour at 1.60m level. More than 100 sons are licensed.

Damline - Diamant de Semilly won the team gold medal with his rider Eric Levallois (FRA) at the WEG in Jerez and, a year later, he took the team silver medal at the European championships. He is bred for performance, therefore, he was nominated “Best Sire of Young Horses” at the French championships in Fontainebleau several times and can look back to a high number of internationally successful offspring. In third generation the internationally successful halfbred Sandro/Frank Sloothaak can be found. As trademark stallion he was of historical importance for the modern riding horse breeding. Through the line we also find foundation stallions Cor de la Bryère, Landlord and Chamisso as well as Farnese.

Progeny- The first foal from Cornet have been atheltic! In Riedlingen, Cornet de Semilly 2020 was the highest priced foal in the jumping segment. He also presented the 2021 winning foal in Wickrath.