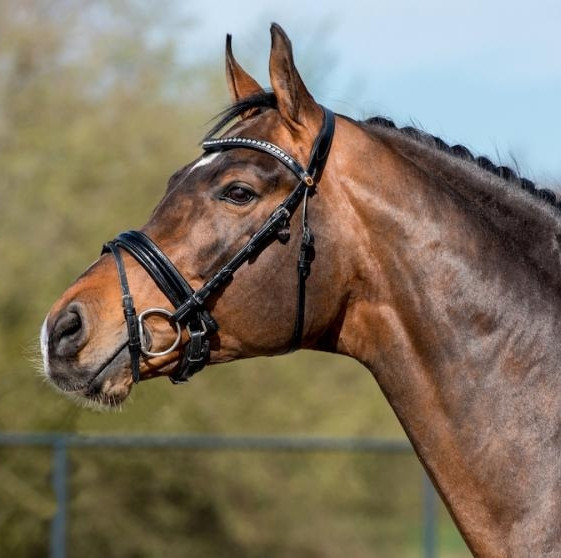 
Terms - €1350+VAT for unlimited attempts with frozen semen, for one named mare in one breeding season. If the mare is certified not in foal by the end of September, €1000+VAT will be refunded

About - Cornet Obolensky’s son and grandson of the champion Almox Prinz. He is one of the few German stallions graded 10/10 at 3 years. He was a finalist at the 7 years World championships in Lanaken with Guido Klatte Jr, finishing 19th. He evolved over the following 2 years before being an injury removed him from competition.  He was successful very early at a high level with a young rider. Today, it is the quality of his offspring, which are coming on to the international scene that are to be noted.  He produces offspring with elegance, fluidity and balance at canter, respect and style. He suits mares with blood.

Performance -  Under Guido Klatte Jr Cornet’s Prinz was crowned German Champion and took silver in the German Young Rider Championships. He was also no. 11 in the prestigious “Sires of the World” event and has placed internationally in 1.55m classes before a knee injury forced retirement to stud.

In 2009 he was awarded the main premium from the Oldenburg International Springpferdezuchtverband.

Damline - Almoxella O, daughter of the trakhener Russian Almox Prints, Russian performer with Anatoly Timchenko and then Olympic Games of Seoul and Barcelona and in Germany with Elmar Gundel, winner of the GP of Wiesbaden and Rotterdam. She has 2 recorded products:
-Cornetta 17 (Cornet Obolensky, bwp), winner of CSI 1,45m;
-D (Douglas, kwpn), approved Sire