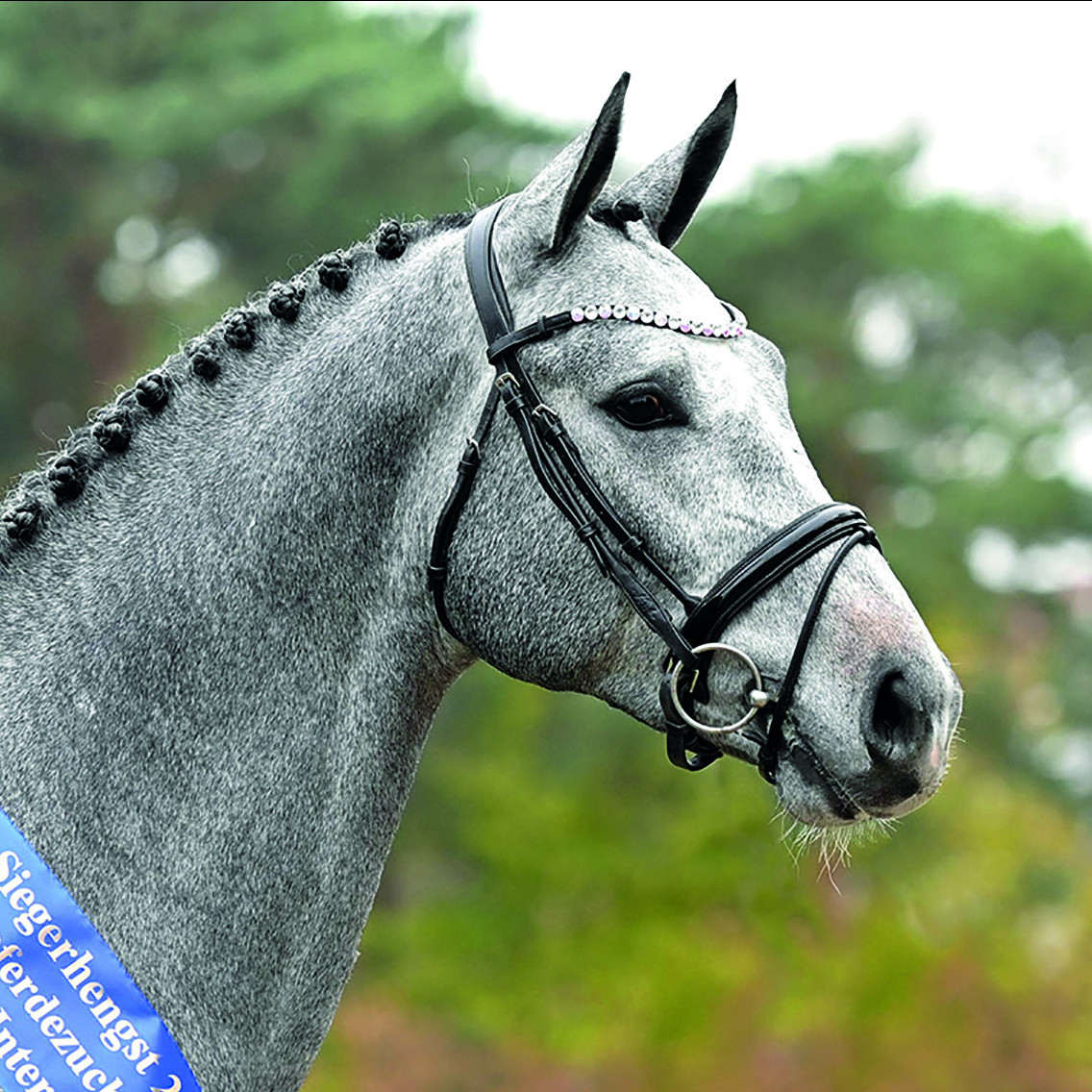 About - Oldenburg's breeding manager Bernhard Thoben lavished praise upon Corsini at his acclaimed Körsieg in Vechta. A stallion of sterling pedigree with the direct succession of the world stallions Cornet Obolensky, Cassini I and Contender as well as the noble blood connection via Narew xx.

Sire - The father Cornet Obolensky is currently in eighth place in the WBFSH world ranking of the best jumping sires.  At the age of eight, Cornet Obolensky has already won Grand Prix and Nations Cup under Marco Kutscher, including the Super League Final. In 2008, after winning bronze at the DM as well as the Grand Prix of Balve and Cervia/ITA and the Nations Cup of Rotterdam/NED, he was appointed to the German Olympic Team. In addition, Cornet Obolensky was part of the German European Championship gold team of Madrid/ESP in 2011.

The second father Cassini I won the Nations Cups of Aachen and Modena/ITA under Franke Sloothaak and was the winner of the Grand Prix of Arnhem/NED. Internationally over 70 licensed sons and numerous descendants in the course over 1.60 meters.

In the pedigree follows Contender, 1986 reserve winner of his licensing and then one of the most important sires of Holstein breeding. He provided over 120 licensed sons, including the winning stallions Camiros and Cubito as well as Contendro I. In sports, his descendants won over eleven million euros, including Montender/Marco Kutscher, individual and team bronze winner at the Olympic Games in Athens/GRE in 2004 and double gold winner at the European Championships in 2005, Checkmate/Meredith Michaels-Beerbaum, Toni Haßmann's three-time Derby winner Collin, Chiara/Ludger Beerbaum and Carlo/Sergio Alvarez Moya/ESP.