An outstanding stallion who is light on his feet but shows enormous power and scope in his jump. 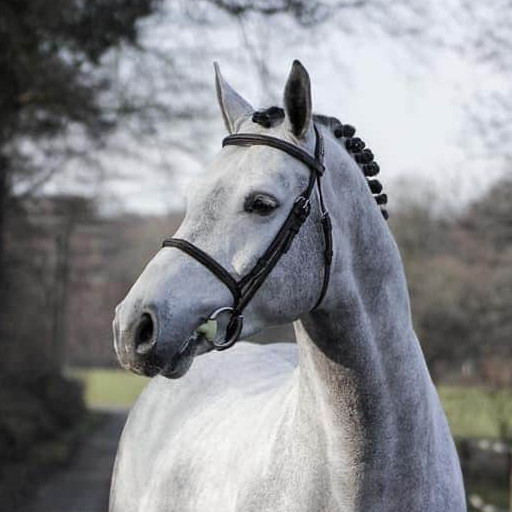 
Terms- €800+VAT for unlimited attempts with chilled semen, for one named mare in one breeding season. If the mare is certified not in foal by the end of September €500+VAT will be refunded.

About - Crime is Colin an outstanding horse who is by the proven stallion Cornet Obolensky, he combines good looks and jumping talent as demonstrated at his licensing in 2018. He is very well put together in his conformation, with a great topline and good hindleg which he puts to good use when jumping allowing his scope and power to shine whilst remaining light on his feet.

Sire- Cornet Obolensky won the gold medal with the German team at the European Championships in Madrid. In 2012, he won the World Cup qualifier in Zürich, the Nations Cups in Rome and Rotterdam, and was recognised as the most successful show jumper in Germany. Under Marco Kutscher, he won grands prix and Nations Cup competitions, including the Samsung Super League final in Barcelona, which he won twice. In 2008, he took home bronze at the German National Championship and won grands prix in Balve and Cervia, as well as in the Nations Cup competition in Rotterdam. He was also a member of the German Olympic team in Hong Kong. In 2009, he was second in the Bordeaux World Cup qualifer, third in the grand prix competition in Rio de Janeiro and was placed in the Global Champions Tour Final in Doha. His lifetime earnings are approximately €800,000.

Damline-  His damline consists of numerous successful showjumpers competing up to 1.60m, including Cassini I who was an international star.