Clone of the World Champion Cumano 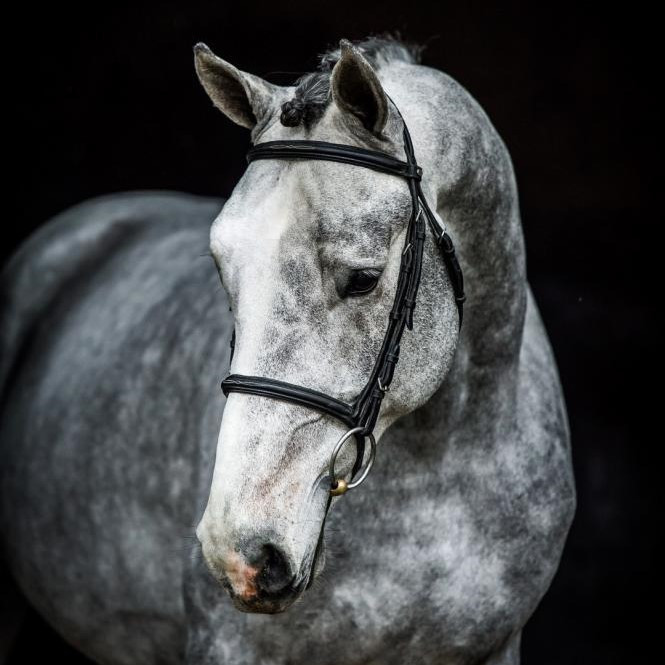 About & Performance - Cumano and rider Jos Lansink became World Champion at the WEG 2006 in Aachen, won the Grand Prix of Calgary, took part in the Olympic Games of Hong Kong and Athens there's no doubt this pair are one of those combinations that will be commemorated in equestrian history. Rarely has a combination been as successful, Cumano is an exceptional asset for breeding as well, we all know Neptune Brecourt, winner of the Nations Cup Final in Barcelona; Noblesse des Tess who won the World Cup of Riyadh under Kamal Bahamdan and then there are Chilli Pepper, Atomic Z Nasa, Camille and dozens of others. With very limited offspring Cumano has an impressive fifty sons and daughters that were active at 1.60m level. Precisely because Cumano is such a unique sport horse and sire the decision was taken to clone him and preserve his genes for the future. So the Zangersheide stud welcomed Cumano Alpha Z who is proving popular with their breeders.

Sire - Cassini I, and his full brother Cassini II, are among the most influential sons of the great Capitol I. Cassini I jumped to international grand prix under Franke Sloothaak, and he has sired more than 150 grand prix horses including Cheers Cassini, Cumano, Berlin, Caressini L, Carambole, Quite Cassini, Cassionato, and Ci Ci Senjor ASK. Cabrio is line-bred to Capitol, who is one of the only foundation Holstein stallions free of Cor de la Bryere and Landgraf I blood. Capitol's offspring include Carthago Z, Cento, and Cardento, and his dam produced an outstanding six licensed sons (Capitol I, I and III, Latus I and II, and Cellebrio), with her daughters continuing her legacy by producing several licensed sons and international horses.

Damline - Chanell II is a state premium mare who has produced a collection of outstanding offspring, premium mares Karina III who jumped up to 1.50m and Vita VI, Grand Prix horses such as Nanuk II du Ruy and Cumanito. Her sire Landgraf I is another foundation sire, and was named 'Stallion of the Century'. He is by the Thoroughbred, Ladykiller, who is also the sire of the well-known stallion Lord, in addition to more than 30 other licensed sons. Landgraf I himself has an amazing 158 licensed sons and numerous grand prix offspring.