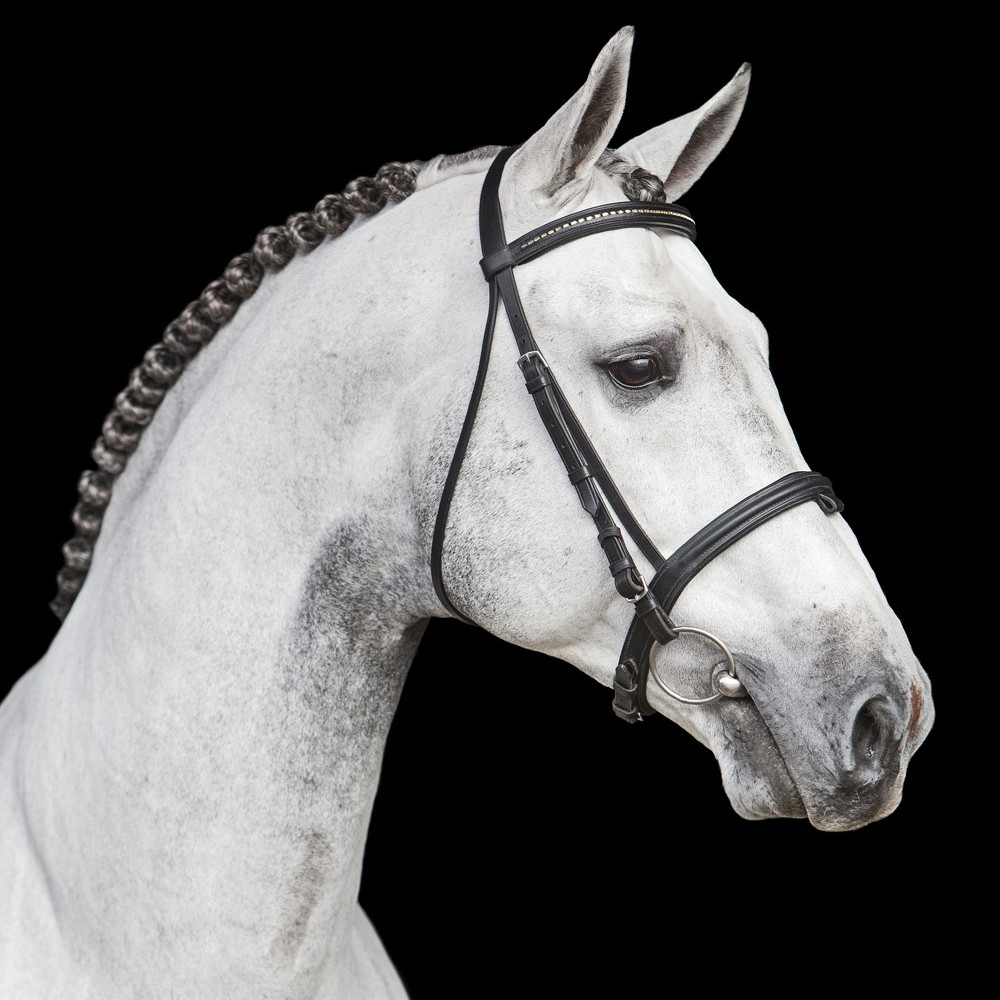 
Terms -  €1250+VAT for unlimited attempts with chilled or frozen semen, for one named mare in one breeding season. If the mare is certified not in foal by the end of September, €950+VAT will be refunded.

Chilled semen will be available around his competition schedule.

About - Dallas is a modern, careful stallion with good gaits and lots of scope.

Performance - Dallas was reserve champion of the jumping stallions at his 70-day performance test in Adelheidsdorf, recieving a total score of 8.53. He scored 9.0 for loose jumping, 8.5 for jumping under saddle and the highest score of the group of 9.08 for potential. As a 6-year-old, he was unbeatable in advanced-level stallion classes and scored a hat-trick, winning at Ermelo, Roosendaal and Zuidbroek. In international young horse classes for 6- and 7-year-olds, he was 2nd, 8th and 9th in Sibculo and 2nd in Zuidbroek. As 7-year-old, Dallas won the advanced class in Veendam, was 5th in a 1.40m class in Gothenburg, and 10th in the Medium Tour final of Wierden. In 2016 he started strongly with a win and a 5th place at Indoor Drachten, followed by numerous wins and placings at international level, including victory in the Falsterbo puissance, jumping 1.90m.

Sire - Sire Douglas (Darco x Capitol I) now has 18 offspring jumping at grand prix level, having jumped to 1.50m himself. His most successful son is Dougie Douglas, who was a regular on the British team before being sold to the USA for the record price of €1.4million. He won numerous grands prix and the Hickstead Derby Trial under Holly Gillott, and since being exported to the USA, has won and been placed at grand prix with new rider Katie Dinan. Douglas' sire Darco was seventh individually at the Barcelona Olympic Games.

Damline - Grand sire Heartbreaker jumped at grand prix level and is sire of Harley VDL, Action Breaker, Quasimodo van de Molendreef, and a total of over 100 licensed sons and 150 grand prix jumpers. Next in the pedigree we see Mr. Blue, who himself was very successful jumping at the highest level, and is sire of Simon and Plot Blue. Further back in this line we see "Stallion of the Century", Nimmerdor, and the performance-giving thoroughbred Erdball xx. These stallions are at the core of sport and breeding horses like Apollo, Just Malone, Goldenbridge, Heartbreaker, Ahorn and more. The dam, Wonder AS, also produced Grand Slam VDL. With a total score of 90 points he was awarded one of the highest scores ever achieved in a KWPN performance test. Grand dam is the performance mare, Bonnette, who also produced the grand prix jumper Annette.