An elegant and modern stallion, with three performance test winners in a row in his pedigree 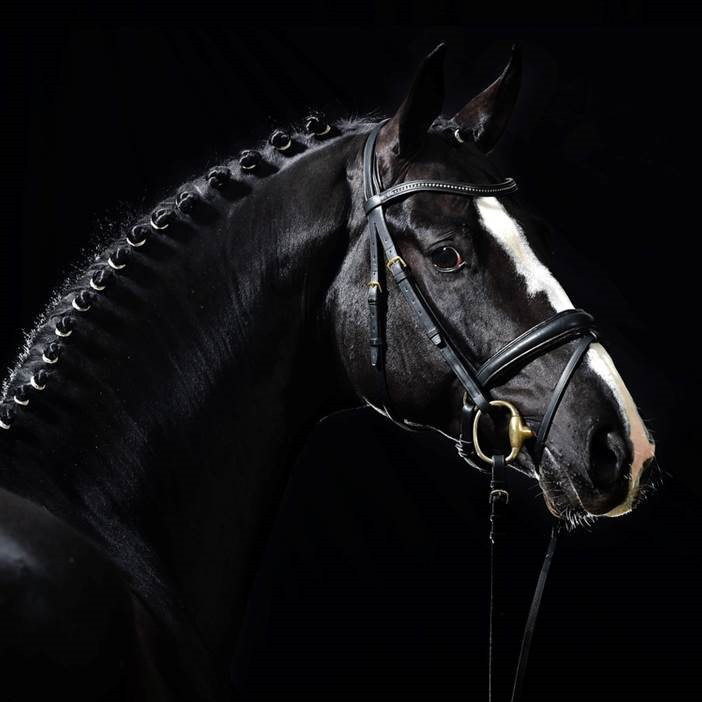 
Terms - €1500+VAT for up to three doses of frozen semen, for one named mare in one breeding season. If the mare is certified not in foal by the end of the September, an €1100 plus VAT refund will apply.

About - Danciano is an elegant, modern stallion, with presence and charisma. He has outstanding basic gaits and excellent rideability, and was the €320,000 price highlight of the 2012 Verden Auction.

Performance - Dancier won his 30-day performance test with the mark of 8.91. He was awarded a 10 for his trot, and 9.75 for rideability. In 2014, he made his debut in sport, achieving wins and placings in young horse classes, was Hanoverian Vice-Champion in Verden and was nominated for the Bundeschampionat. In 2015, in line with his age group, he won dressage horse competitions at L-level and was placed at the five-year-old Bundeschampionat. Since then, he has won M-level dressage competitions, and qualified in 2016 for the German national championships.

Sire - Dancier was champion of the 2004 Hanoverian Stallion Licensing in Verden and the 2005 stallion performance test in Adelheidsdorf; after his performance test, he sold for €330,000 to the state stud at Celle. As a young horse, he was reserve champion of the Hanoverian Young Horse Championships, and was third in the four-year-old Bundeschampionat final. In 2008 he was a finalist in the six-year-old Bundeschampionat, and is now successful at advanced level. Dancier's sire De Niro is top of the WBFSH Sire Rankings for 2016, while damsire Lancier is by the great Thoroughbred stallion Lauries Crusador, who won his own performance test with the highest marks in every section, including a 9 for rideability.

Damline - The mother Rodney's Girl is a full sister to the approved stallion Vander Rood, who is a winner at advanced level. Damsire Rotspon was a premium stallion at his licensing in Verden in 1997, winner of the stallion performance test in 1998 and is labelled Dressurpferdemacher - a maker of dressage talent. In the third generation we find Wolkenstein II, who is probably the most influential Weltmeyer son, as well as 1993 National Champion and performance test winner. Danciano represents the Hanoverian mare family 244/Dollarkunst (v. Dollard format III, etc.), which has also produced De Kuyper, De Vito, Depardieu and Florion.

Progeny - Danciano's earliest offspring have impressed; both of his sons presented at the Oldenburg Verband were approved, with one being awarded premium, and a further son was accepted at the Hanoverian licensing.