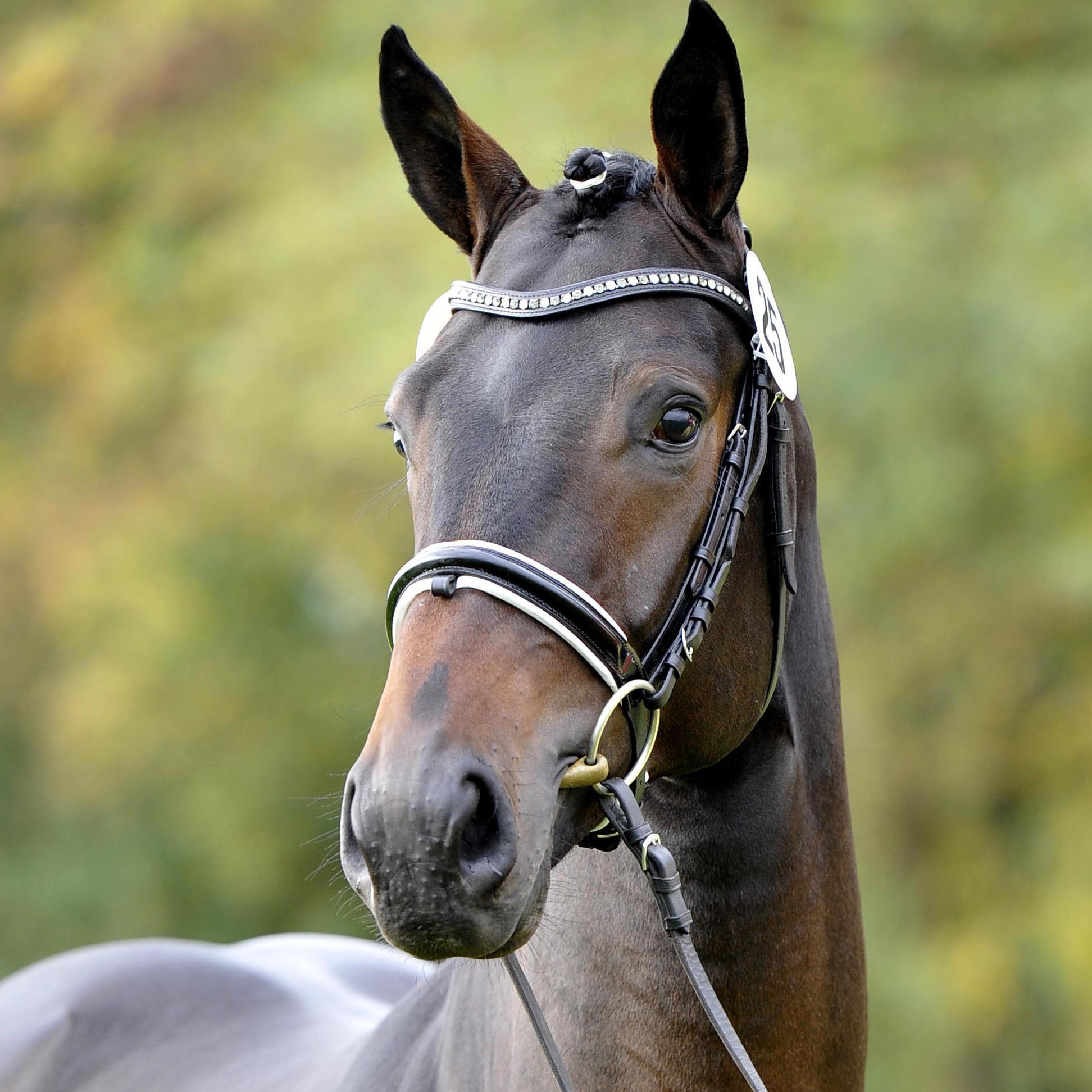 
Terms: €600 plus VAT for up to 3 attempts with frozen semen on one named mare in one breeding season, allowing the registration of one foal.

About - Danzador is Spanish and means "dancer", describing exactly the fantastic action of movements of Danzador. At the 2013 Hanoverian stallion licensing in Verden, he belonged to the very best moving young stallions, which resulted in him being awarded a premium.

Performance - After his stallion performance test in Schlieckau, where he received a 9.5 for his character and a 9.0 for his rideability, Danzador made his successful debut in the dressage arena, placing with the best at the Hanoverian young horse championships.

Sire - Danzador is a genetic rarity. Via his sire Diamond Hit he is descended from the 'sire of the century', Donnerhall. Diamond Hit was Premium Stallion at the 1999 Oldenburg stallion licensing, followed by becoming Vice Bundeschampion and Vice World Champion of young dressage horses. He won dressage classes up to grand prix level. In 2012 Diamond Hit retired from sport. But prior to this, he was awarded VTV-Dressage Stallion in Vechta in 2005. 55 of his sons are licensed, including Champion Stallion Dubrovnik NRW, the Southern German licensing winner Don Diamond, the Hanoverian Premium Stallion Dr. Watson and Bundeschampion Donovan. Diamond Hit's dam Loretta is also the dam of Sandro Hit and Royal Hit.

Damline - The mare line is largely Thoroughbred, bringing in the refining blood of Lauries Crusador xx and Lemon Tree (by Lemon xx). Danzador is 46% Thoroughbred, making him an ideal choice for a heavier mare. The performance-tested dam Luci was awarded the state premium. The dam's sire, Lauries Crusador xx, has influenced the German Warmblood breeding. 71 of his sons have been approved for breeding. In 2006 Lauries Crusador xx is still the only non-Hanoverian sire that has been entitled as Hanoverian Stallion of the Year. His sportive offspring, including 88 advanced level athletes, earned nearly €1million in 2015.

Progeny - Danzador's foals, which are out of pairings with different bloodlines, have clearly been inherited Danzador's certain something in view of his Thoroughbred type and quality of movements. High-priced auction foals and champion foals at different shows, such as the Champion of the Southern Oldenburg foal championship, were the result from his first crop.