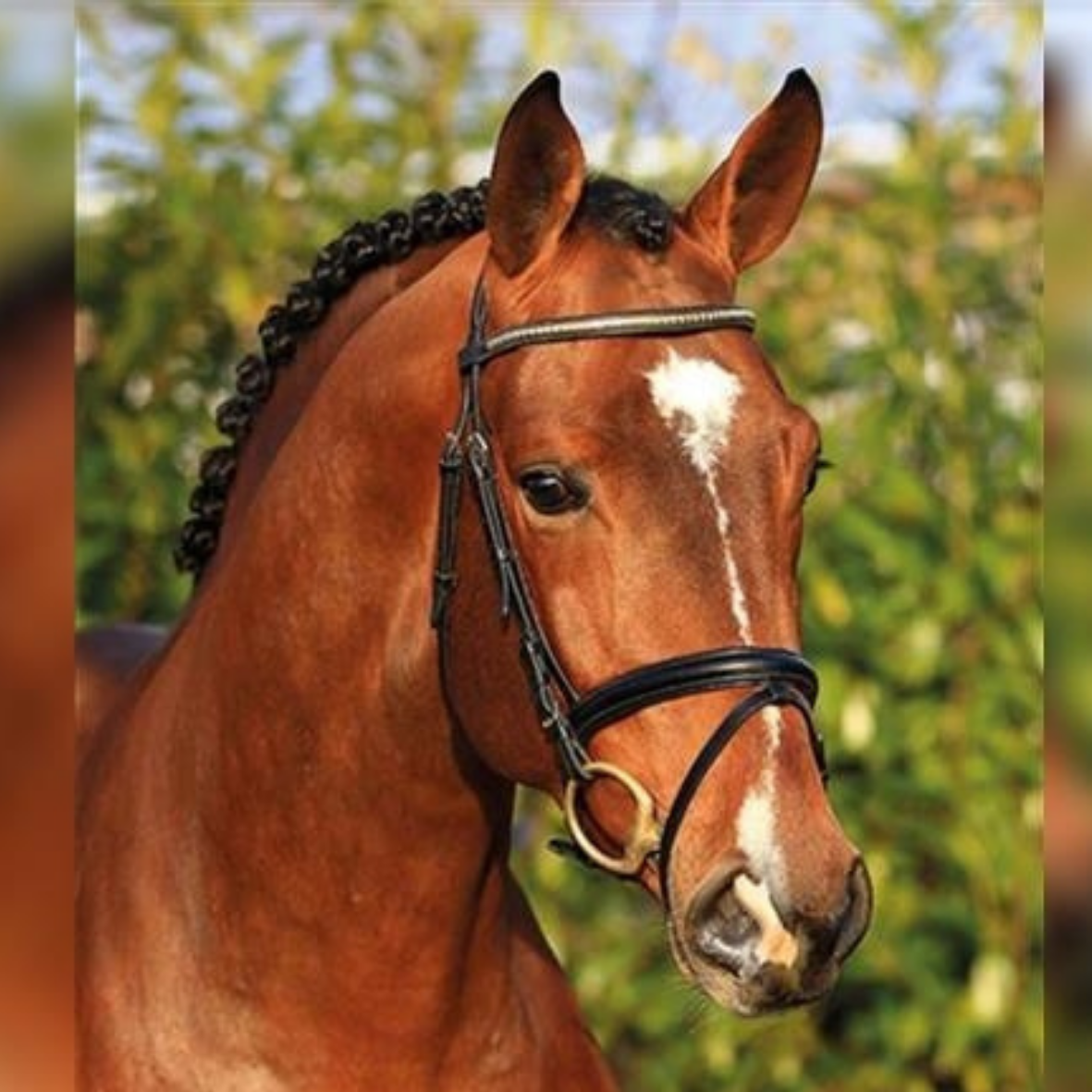 
Terms - €1000 + VAT for unlimited attempts with chilled semen on one named mare during one breeding season. If the mare is certified not in foal by 30th September, a 100% credit applies the following season for any stallion from the same stud.

About & Performance - Diamant de Plaisir II represents two of the most important bloodlines of international show jumping with the pairing of Diamant de Semilly and For Pleasure. He has already achieved success in jumping competitions for young showjumpers.

Hendrik Sosath is happy about this young stallion and says: "He is tall, but at the same time bold, sporty and very good to ride. He has a lot of ability and just plays with the dimensions."

His full brother, the stallion Diamant de Plaisir, finished fifth in the Riesenbeck Grand Prix over 1.55m in 2021 and placed as an eight-year-old under Holger Wulschner in the Grand Prix in Abu Dhabi and Dubai as well as numerous other competitions of the Emirate Tour.

Sire - In 2016,  his father Diamant de Semilly topped the international WBFSH ranking of the world's most successful show jumping sires, and in 2017 he ranked second. Under Eric Levallois, the stallion won team gold at the 2002 World Championships in Spain. The following year he was runner up in the European Championship with the team. Diamant de Semilly was several times the "Best Sire of Young Horses" in France. More than 100 offspring are successful, including numerous licensed stallions. Among the most successful offspring in 2018 were the two top horses Don VHP Z and Emerald van't Ruytershof of the Dutchman Harrie Smolders, who led the world ranking jumping in 2018. Diamant de Semilly provided the reserve National Champion of the five-year-old jumping horses Dark Knight in 2018.

Diamant de Plaisir II originates from the Heida family. Among the highly successful representatives of this line are Cador out of Catoki (Oldenburger VTV Hengst 2015), Lady Lordana OLD out of Lordanos (Grand Prix of Aachen 2019). Landor S has also produced many licensed and successful stallions such as Lambrusco Ask, Lagoheidor G, Landwerder and Coulthard.