Premium stallion at the 2017 Oldenburg licensing 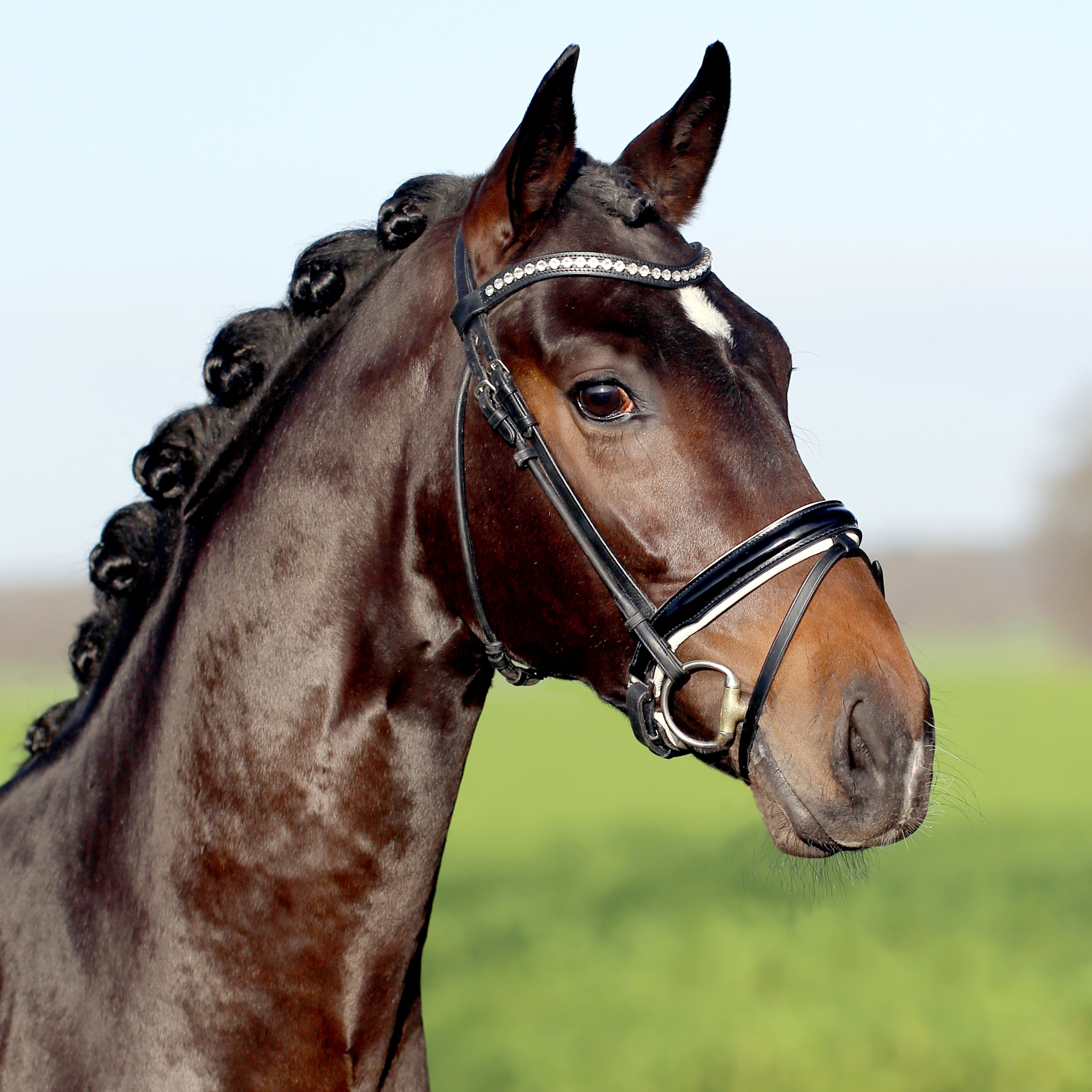 
Terms: €1200+VAT for unlimited attempts with chilled semen on one named mare for one breeding season.  If the mare is certified not in foal before Sept 30th, €700 +VAT will be refunded.

About - This relaxed stallion radiates charisma and quality. Always uphill with fantastic freedom of the shoulder in trot and canter that also shows in his ground covering walk. His first class character means he is always happy to perform and work happily with his rider, and he scored a 9.0 for temperament at his performance test. He was a much-admired premium stallion at the 2017 Oldenburg licensing, and his pedigree combines two great stallions from Gestüt Sprehe in Diamond Hit and Fürst Heinrich.

Sire - His sire Diamond Hit has long earned the reputation of a trademark stallion among Donnerhall's licensed grandsons. Diamond Hit is a top sire, and currently ranks 7th in the WBFSH Sire Rankings, with his sire Don Schufro in 12th. His dam, Loretta, who he shares with Sandro Hit and Royal Hit, adds proof that his talent is genetic and consistent. Diamond Hit was successful up to Grand Prix level; he qualified for the Olympic Games in 2008 and has numerous wins and placings at grand prix. In 2002 he was Vice-Bundeschampion, and in 2005 he was VTV dressage stallion of the year. He has more than 25 grand prix offspring, including Diamantina, who represented Australia at the 2004 World Equestrian Games, and over 50 licensed sons. In 2018 his son Hawtin’s Delicato won the team bronze medal at the WEG in Tryon with Carl Hester (GBR) putting his father into the seventh position of the WBFSH dressage sire ranking. Hawtin's Delicato has made a fantastic start to his international grand prix career including second place at World Cup Qualifer at Olympia with +85%.

Damline - Damsire Fürst Heinrich was a World Champion as a young horse before his untimely death as seven-year-old. He only sired a few crops of foals, yet they included numerous top horses such as Fürstenball, who was the Oldenburg champion stallion in 2008, and Woodlander Farouche, double World Young Horse Champion and unbeaten internationally. His influence is such a short time is overwhelmingly positive, and he has more than 40 licensed sons including Franz Ferdinand, Fürst Wilhelm, Feinrich and Fürst Schufro.

His dam Feela already produced the licensed Christ son, Cristall, and a state premium daughter by Bailamos Biolley, and the wider damline has produced the stallions Landesadel, Weltenadel, and Rocco-Granada.

Progeny- Diamond First has two approved sons, his most notifiable son is Diamantenglanz out of a Bon Couer.