An athletic son of Diamant de Semilly with an exceptional temperament 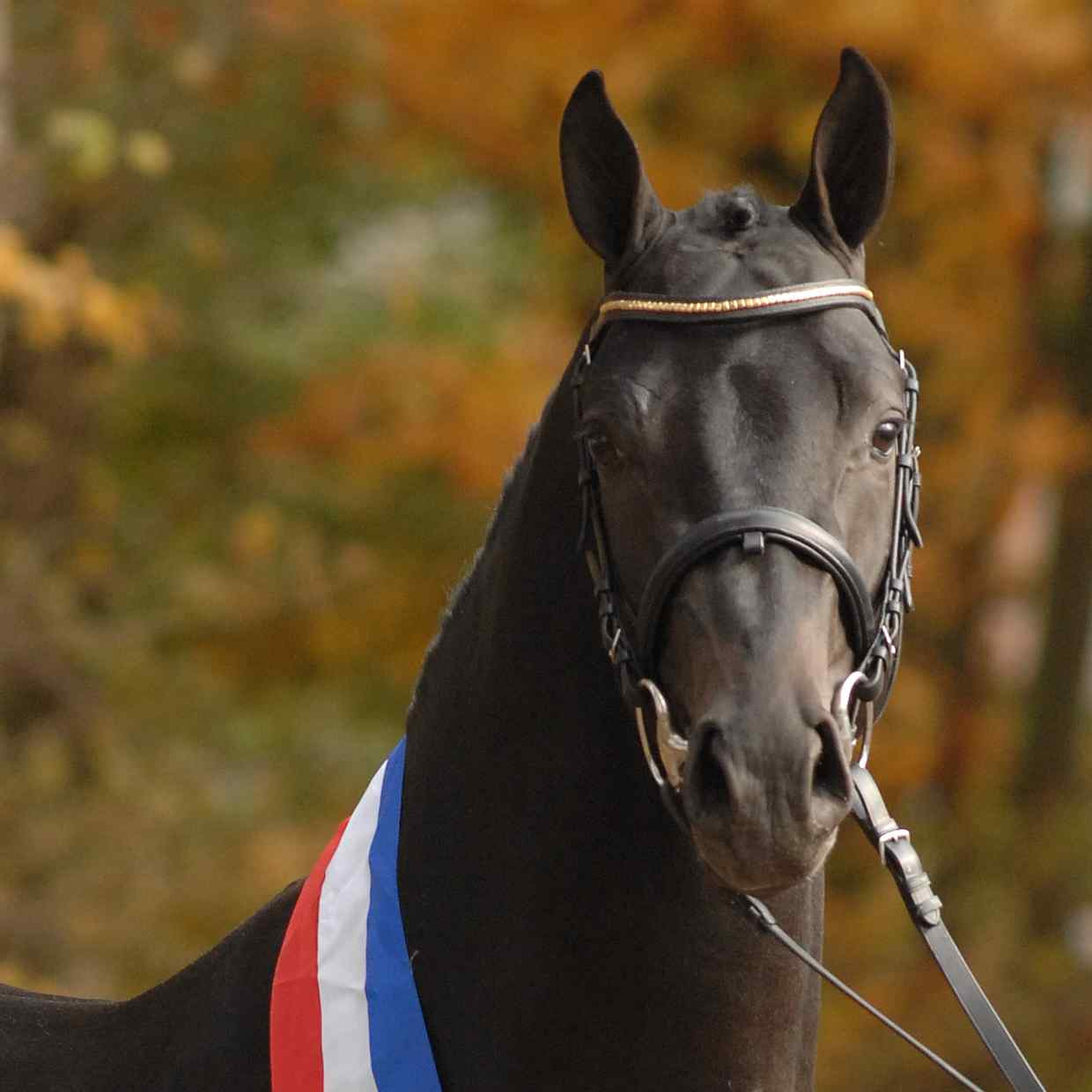 
Terms - €2200+VAT for unlimited attempts with chilled , on one named mare in one breeding season. If the mare is certified not in foal before the end of September then a 50% credit applies the following year to spend on any stallion from the same stud.  If the first AI of the year is July 1st or later, the credit the following year is 100%.

About - Diarado is one of the most popular, and highest-ranked, stallions in Germany, and he impresses with exemplary ease at the jump, with superior scope, a willingness to perform that is second to none, manoeuvrability and intelligence; attributes that are necessary for today’s technical courses. Diarado is not only popular as a sire of show jumpers, but also as a sire of eventers; he always passes on his beautiful and correct type and conformation, which is so important for long-term soundness and durability. He was in sixth place on the 2017 BE Sire Rankings for 4-8 year-old offspring.

Performance - Diarado has won several show-jumping classes; in 2010 he won the qualifier at the Bundeschampionship with a mark of 9.3, and in the final, he won the Bronze medal (with two marks of 9.0). To date, he has regularly been highly placed at advanced level, and came third in the CSI3* Grand Prix at Dobrock. He has been retired from sport for no other reason than to focus on his breeding career - he is sound and fit and still regularly appears at stallion shows.

Sire - Diamant de Semilly topped the WBFSH Sire Rankings for the second time in 2016, having been inside the top ten since 2012. During his career, he was French national champion and WEG team gold medallist in 2002, and European team silver medallist in 2003. His offspring include Quickly Du Kreisker (FEI World Number One 2015), Don VHP Z (winner of the Rome GCT), Utamaro D’Ecaussines (member of British Nations Cup squad), Hello Guv'nor (winner Aachen 2016), and Helidor Hybris, who jumped national grand prix as a 7-year-old. Diamant de Semilly is known for his outstanding power, suppleness and balance.

Damline - Combined in his dam´s pedigree are Corrado I, Contender, Lord and Ramiro; four absolutely top sires in one line. Corrado I alone, internationally successful with Franke Sloothaak, has a progeny lifetime earnings sum of €3.8million, while Contender's record is at €10.3million. Diarado stems from the Holstein dam line 318d2, from which come more than 50 licensed stallions, among them Corofino I and II, Coriano, Chello I-III, the licensing champion Camiros and a multitude of international sport horses. His grand-dam Kimberly produced the two 1.60m jumpers Fortender (by For Pleasure) and C-Jay 3 (by Carthago), in addition to the licensed 1.50m jumping stallion Crawford and the international jumping mare Concordia la Silla.

Progeny - His offspring are marked by their beautiful, correct conformation, with excellent rideability, strong movement and with a lot of scope; they are much sought-after at numerous auctions. To date, more than 50 sons are licensed, among them numerous premium sires including Diarado's Boy, De Quidam, Don Diarado and Dicontinus. The Oldenburg Stallion Days in 2013 in Vechta were a festival for Diarado; De Quidam was champion jumping stallion and sold for €115,000 euros to Westphalia. Diarado's Boy was the top price at €450,000 at the AOS-auction in 2011 and proclaimed the main premium winner. Diarado's daughter Jurwina was champion mare at Rastede's Schlosspark in 2013, while in 2017, his son Diego de Semilly was the Holstein state champion. In 2017, four sons of Diarado were sold through the exclusive PSI Auction.

A number of his offspring qualified for the Bundeschampionat and were placed in the finals. In 2016, his son DJ was vice-champion of five-year-old show-jumping horses in Germany and a high proportion of Diarado’s offspring from his first crop have reached high level over the last few years; 22 of them have won or been placed at advanced level. In 2013, Diarado was number one of the FN show jumping breeding value estimation and since then, he has securely maintained his position in the top group.

He now has several offspring jumping at international 1.60m grand prix level, including Don Diarado, who was part of the bronze-medal-winning team at the 2018 World Equestrian Games, and in the same year, Don Diarado's son Don Tryon was crowned champion of the Oldenburg licensing. Dorian Solaguayre has won at international 1.50m level, while Dicas was runner-up in a 1.60m grand prix during the Miami Global Champions Tour.

His eventing progeny are also proving their worth; JL Dublina and Vanity Fair were 5th and 9th respectively in the Le Lion 7-year-old World Championships in 2018 , while Diacello was 4th in the CCI3*-S at Belton in early 2019. Diarado is 52% blood, making him an ideal cross to produce both eventers and show jumpers.