Correct performer who always impresses over a fence 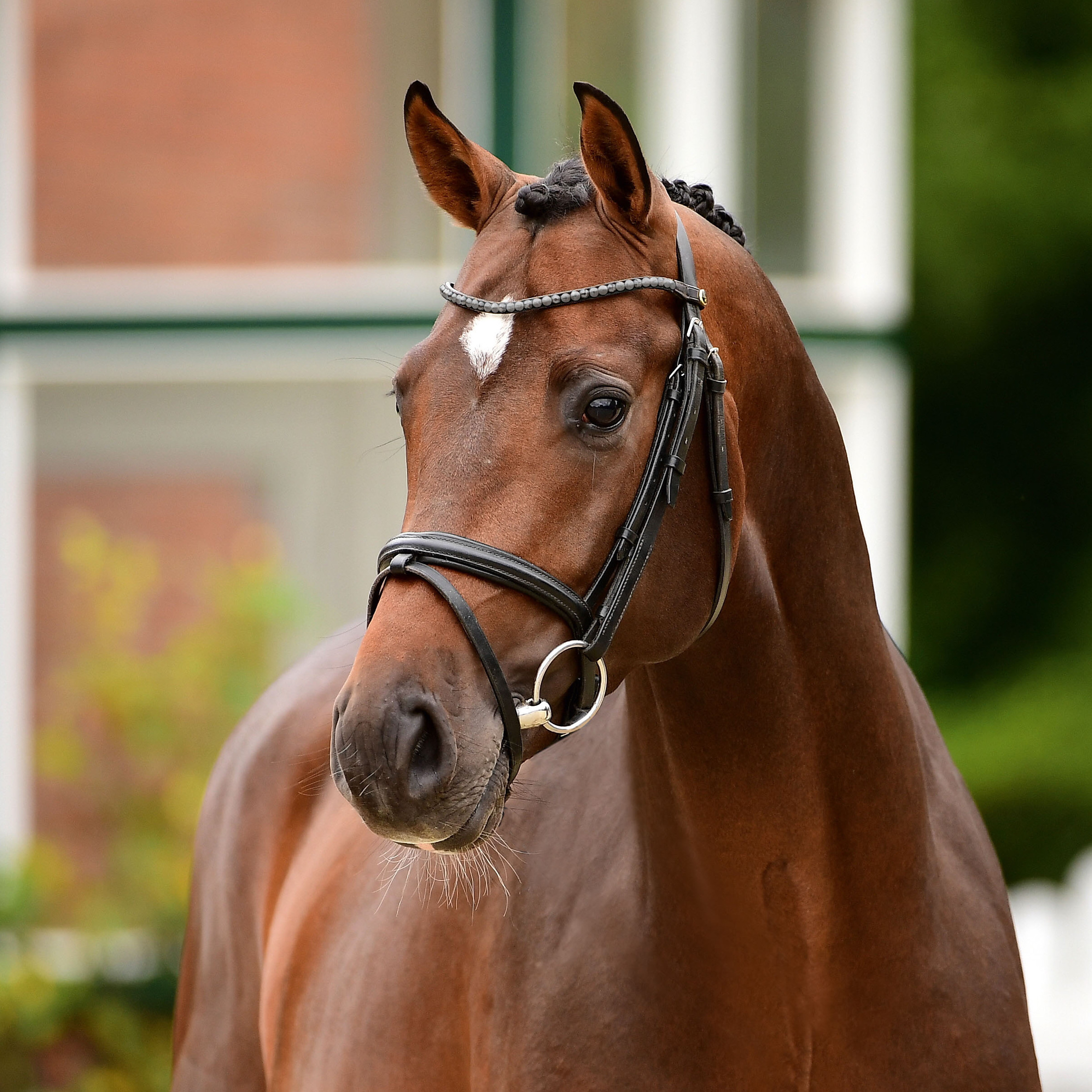 
Terms - €800 +VAT for unlimited attempts with chilled semen on one named mare in one breeding season, if the mare is certified not in foal by the end of September €400 +VAT will be refunded.

About & Performance - Demonstrating clear stallion expression, very good top-line, correct legs and impressive movement, Dilaro performed convincingly at the preselection as well as at the Neumünster stallion licensing. His particular strength, however, is his quality jumping, where the Dinken son stands out for his exceptional carefulness, technique, and scope.

Sire - Dinken qualified for the Warendorf national championship at five- and six-year-old and became the convincing six-year-old state champion in Elmshorn. Unfortunately, his promising sport horse career, then in the early stages, was cut short by an injured tendon. By now, eleven-year-old Dinken’s offspring have earned him an excellent reputation as a sire. Over the past four years, he has been standing out for having a son stallion graded every year. He also produces convincing sport horses, Dollar-Kl for example attracted attention in the five-year-old final at the World Championship of the Young Jumping Horses in Lanaken. In the final of the State five-year-old Jumping Horse Championship in Elmshorn, Cornet Obolensky and Dinken distinguished themselves with two offspring competing in this class, each.

Damline - Dilaro is the first licensed son of his dam Adriana, a daughter of exceptional Casall. Her daughter F-Grace by Cayado has been awarded a district premium title. The Wisma daughter Prisma II is a full sister to Easy Going, the successful international eventer whose achievements under Dirk Schrade include results to CIC2* level and 6th position at the German Championships in 2010.