Extreme willingness with electricity of movement and outstanding rideability; the whole package 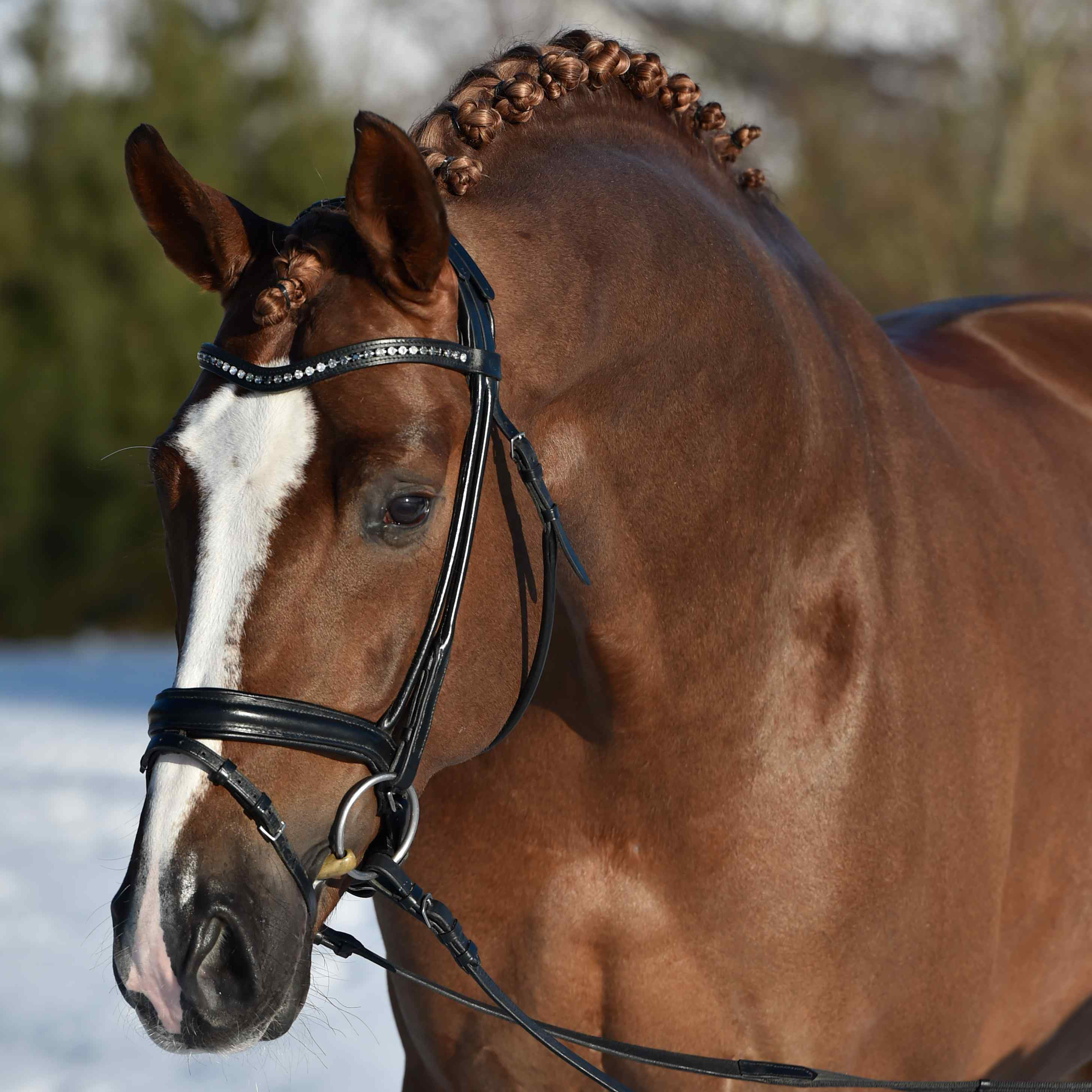 About - Possessing rideability in spades, Don Deluxe was snapped up at auction by Helgstrand Dressage for €910,000 after his licensing. The striking chestnut is a big, powerful horse, but quick and supple with outstanding cadence.

Perforrmance - He was the champion of his 2013 Oldenburg licensing and has also been licensed by the Hannoverian studbook. He won the Danish Warmblood performance test in 2015, scoring 894 points.

Sire - De Niro started his grand prix career at the age of just seven and competed for over a decade. He was an exceptionally sound horse throughout, and his intelligence was remarked upon by everyone who had dealings with him. De Niro has over 70 approved sons, most notably Danone I and Danone II as well as the Olympic and World, European and Olympic gold medallist, Desperados FRH. When team horses Sunrise (Netherlands) and DV Stenjers Nadonna (Great Britain) were retired for breeding, both were put to De Niro as he is such a reliable progenator of talent.

Damline - Don Deluxe's damsire Rosario brings even more rideability to the table. He was a very good mover with a natural ability for collection. He won the Oldenburger County Championship three times in a row and won the bronze medal at the world young dressage horse championships in Verden behind Florencio and Lord Loxley. Rosario's willing progeny are in high demand: the young stallion Run For Glory was sold for €130,000 at auction and in Vechta the bidding on the mare Vogelhochzeit reached €90,000. They say the R line stands for rideability, with Rosario being no exception. His sire, the legendary foundation stallion Rubinstein, has spawned generations of willing, trainable horses. The damline has also produced the licensed stallions Sir Lui, Sir Oliver H, Caesar L, Fürst Igor, Rocazino, Santo Dottore OLD, Fats, Klassiker C, Sternenfanger, Filigran and Hadrian.

Progeny - Don Deluxe's earliest crops have impressed, with Oldenburg premium foals among them. He has produced two licenced sons with Oldenburg and AES.