A huge-moving son of Jazz winning at international grand prix 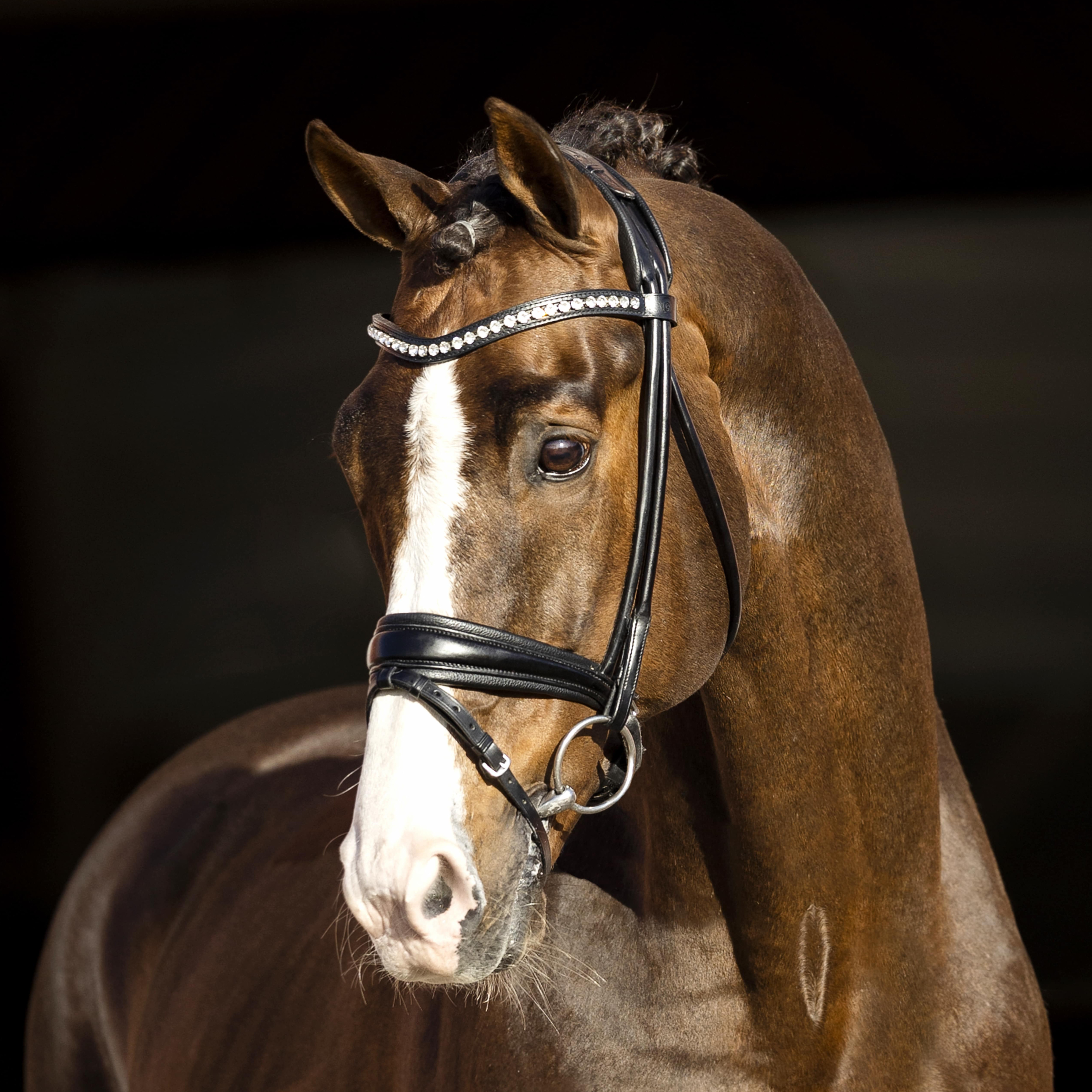 
Terms - €1500+VAT for unlimited attempts with chilled semen, for one named mare in one breeding season. If the mare is certified not in foal by the end of September, €800+VAT will be refunded.

PLEASE NOTE: Blue Hors Don Olymbrio is collected on Monday, Wednesday, and Friday only and orders need to be booked before 8am for delivery the following day.

About- An international grand prix superstar with optimal conformation and proven progeny.

Sire- Jazz led the WBFSH Sire Rankings for four consecutive years (2008-2011) and has never been out of the top 10. He competed at the 2002 World Equestrian Games, and his sons still lead the sport - Jerich Parzival was 2011 European Champion and World Cup Final winner, Wynton is one of the leading young stallions in Holland, and Glock's Johnson was team gold and individual bronze medallist at the 2015 Aachen European Championships. Jazz has over 50 licensed sons, including Don Juan De Hus, Westpoint, Desperado and T-Movistar.

Damline- Don Olymbrio originates from one of the most successful Dutch dam lines (family 145), which has also given the Rubinstein-son OO Seven and Edward Gal's Grand Prix horse Voice by De Niro, which has taken several Grand Prix victories and placings. Among other victories, the pair won the 2015 World Cup qualifier. Furthermore, the Grand Prix horses Celiton, Kadans and Olympic Babria, winner of the team silver at the Olympic Games in Atlanta in 1996 with Tineke Bartels, originate from this line. The great grand dam Ezabria won the Dutch Championships as a 3-year-old.

Progeny- He has sired 10 licensed stallions, including premium stallions UNO Don Olympic and Blue Horse Dreamline, as well as D'Olympus from the Celle State Stud in Germany. He is also the sire of many medal-winning mares. For the past eight years he has sired foals that perform extremely well at foal shows and auctions. Don Olymbrio's daughter Remember Me was named Filly of the Year at the Danish Warmblood Elite Show in 2018, and was sold at the Elite Foal Auction to an international Grand Prix rider for 80,000 euros. Many of his offspring have stood out at young horse championships, and several older offspring are making a name for themselves in sport. UNO Don Olympic represented Denmark at the World Championship in Ermelo and has demonstrated talent for international competition with his rider Anna Zibrandtsen. And daughter Silhuet competes internationally under Cecilie Hedegaard of Denmark.