A talented young stallion from the famous Gesina line. 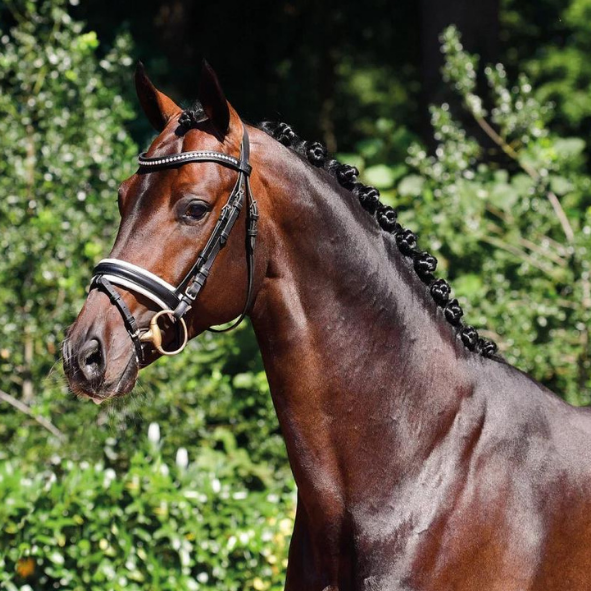 About & Performance - Reserve Champion at his stallion performance test  and bronze medalist at the Oldenburg Regional Championships, Don Romance PS has done exceptionally well at such a young age in his first season under saddle . We didn‘t expect anything less from this charismatic up-and-coming star, as he is the result of the genetical dream combination of Dante Weltino and the exceptional broodmare Gesina. He was awarded scores of 9.0 for his canter, walk, rideability, general impression and character at his 50-day test in Scklieckau.

Sire - His sire Dante Weltino OLD extended his medal collection in 2019 with team bronze at the European Championships in Rotterdam/NED and also took part in the individual final.  Reserve Champion of the Oldenburg licensing 2009. In 2012 he qualified for the Bundeschampionat, and was also approved by the Hanoverian Verband. In 2016, he competed at grand prix, consistenly scoring over 70%, and he was selected for the Olympic Games, but was prevented from competing by injury. He won the Odense grand prix freestyle with over 75% and was second in the Rotterdam grand prix special.