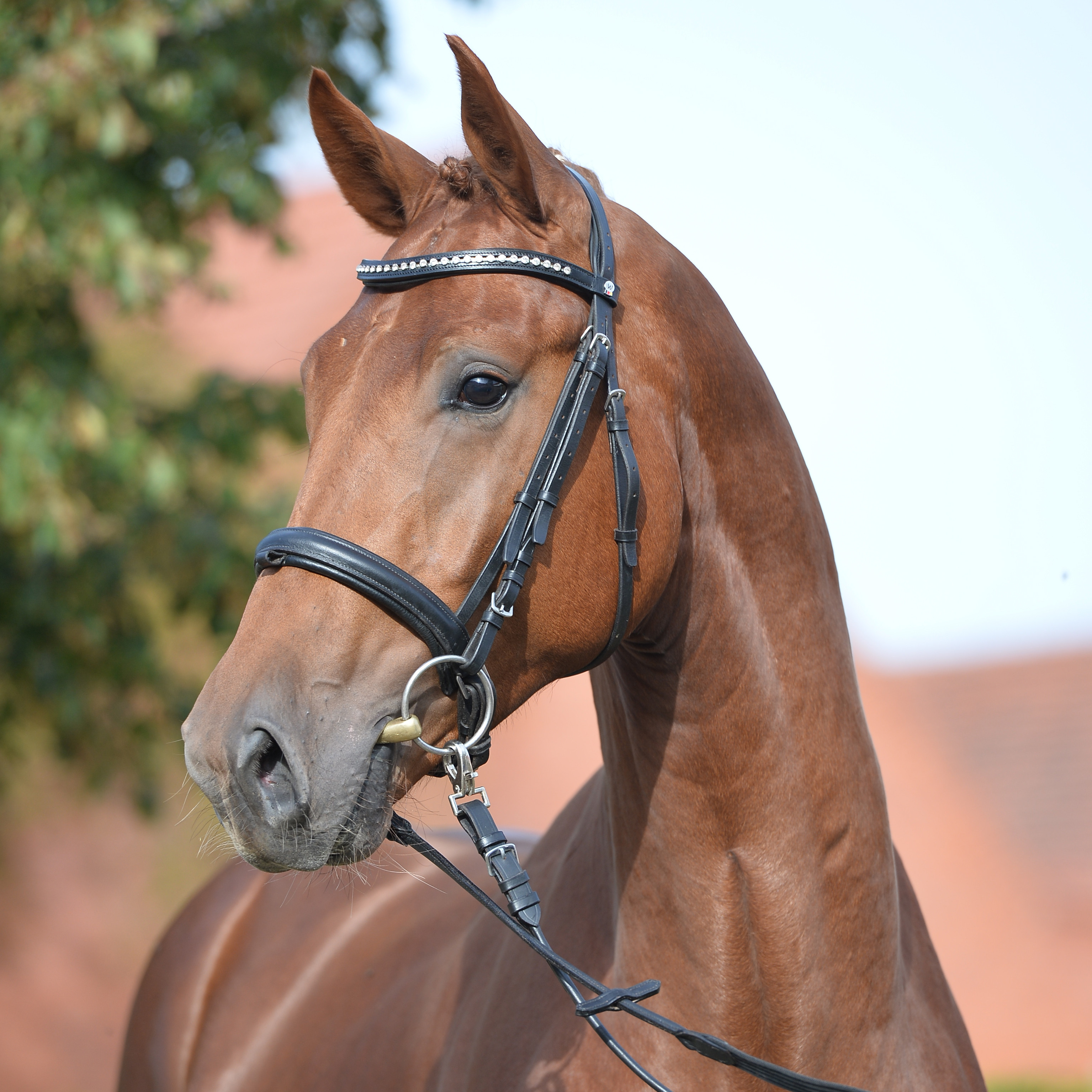 
Terms - €800+VAT for unlimited attempts with chilled semen, on one named mare in one breeding season. If the mare is certified not in foal by the end of September, a 50% credit will apply the following season against a number of stallions at the same stud.

About - Don Royal is a young stallion with a rare and exciting pedigree.

Performance- Don Royal is a young stallion with a rare and exciting pedigree. He was the winner of the 2016 DSP licensing, and won the dressage section of his performance test in the early part of 2017. He completed his 14-day test in Adelheidsdorf as the winner of dressage stallions with a grade of 8.79.

Sire - Don Juan de Hus won his 70-day performance test at Schlieckau with a fantastic final dressage score of 9.25. As a four-year-old, he won the French Championships in Saumur under Jessica Michel. At the World Young Horse Championships, Don Juan de Hus finished sixth in the final. Through Jazz and Krack C, Don Juan de Hus unites proven Dutch dressage genes in his veins; the reverse of this cross produced Zhivago and Vivaldi.

Damline - Rubin Royal OLD has already produced twenty six licensed sons, and is the premium winner of the Oldenburg and international grand prix series. He is the eldest of six licensed brothers and has been trained up to grand prix level. He has 25 licensed offspring and numerous grand prix offspring, including Rubicon D, Rigoletto Royal CH, Rockefellers Cinderella, U.S. Latina and Real Dancer.

Don Royal's damline is one of the most special in Germany. His dam Prime Time is a daughter of Prima Donna, who also produced the outstanding mare Poesie, dam of the sensational Poetin. Poetin was a World Young Horse Champion and Bundeschampion as a six-year-old, and sold for €2.5million at the 2012 PSI Auction, while her five full brothers are all licensed stallions. Her full sister Poetin III has produced the licensed stallions Quaterhit and Quaterstern, and her half sister Passionata (by Brandenburger) produced the much-celebrated Quaterback.