A living legend from a dynasty of grand prix horses 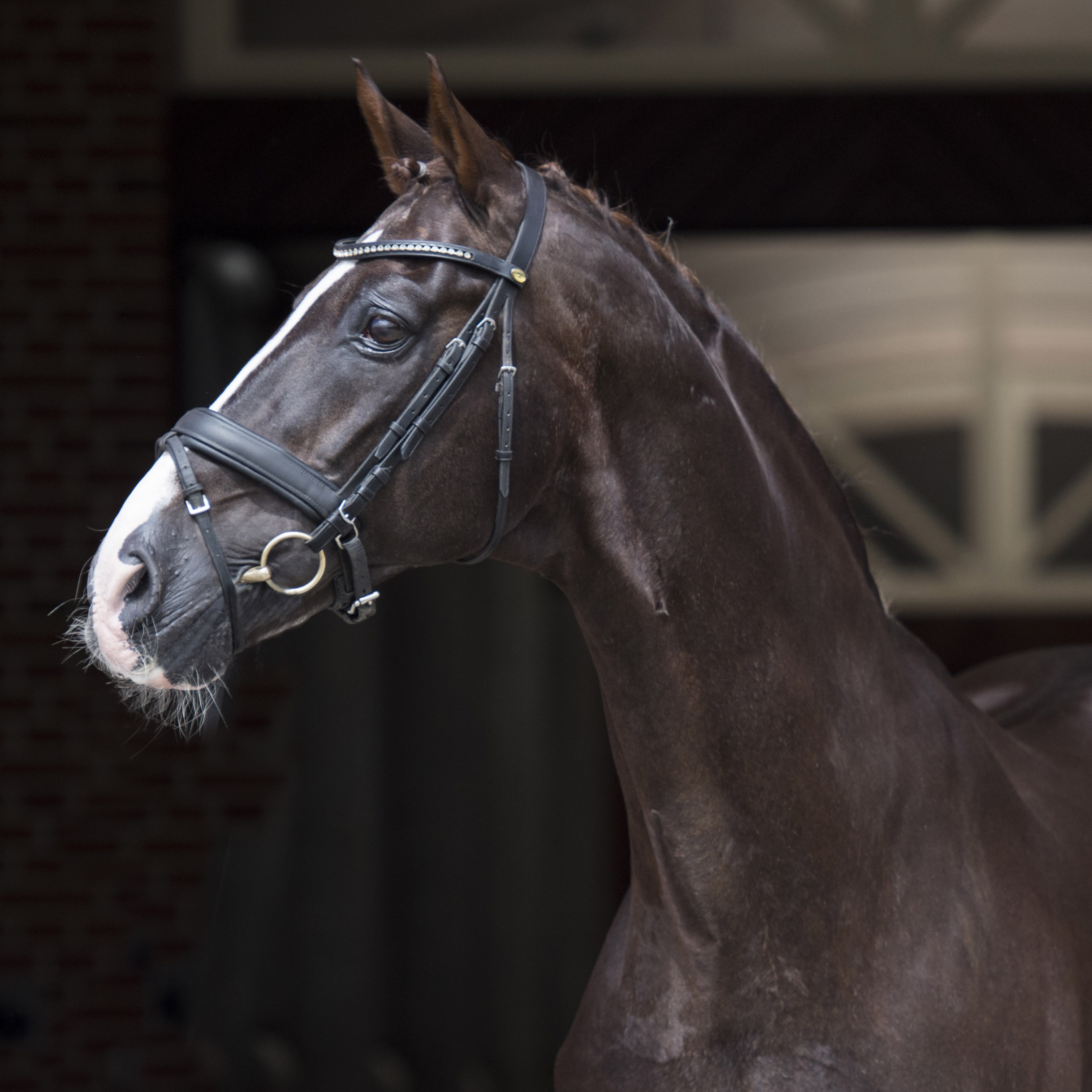 
Terms - €1000+VAT per dose, allowing the registration of one foal, no refund or credit will apply if the mare is not pregnant.

About- A legend in breeding and sport. Don Schufro won recognition from nearly every breeding association in Europe. His breeding career began with Paul Schockemöhle, where he covered for one season as a 3-year-old before being acquired by Blue Hors. He was an internationally sought-after breeding stallion throughout his career and left a very positive influence on breeding in Denmark, Germany and Sweden, where he was granted the status of Elite Stallion and ranking very high in dressage. Don Schufro has passed on great potential for movement with three spacious gaits with extremely good suppleness and great elasticity, as well as his offspring are very willing to work and very rideable. He proved to best match long-legged, noble mares with good mechanics.

Performance- In sport, Don Schufro met all expectations. He won the World Cup qualification as well as over 30 victories and many placings in the biggest Grand Prix competitions, including Aachen, Bremen, Wiesbaden, Lingen, Neumünster and Nörthen Hardenberg. The high point of his career was in 2008 when he was named the Danish dressage champion and played a crucial role in the Danish Olympic team's taking the bronze medal in Hong Kong. Individually he placed 11th.

Don Schufro's grandsire was the Hanoverian stallion Pik Bube I, who triumphed under Herbert Rehbein. Pik Bube I himself had a great breeding career as a producer of powerful riding horses. He sired many prize-winnng stallions as well as top-quality mares that proved to be excellent matches for Donnerhall, thus achieving enormous success as a grandsire.

Damline- Don Schufro's dam line is the renowned Holsteiner line "Der Finländerin". His dam and granddam were very fertile mares who passed on their own high quality to a large number of equally successful daughters. His dam's full sister, Fantasia, produced the elite stallion Don Primero by Donnerhall. Fiesta was dam to a number of successful offspring by Donnerhall which, in addition to Don Schufro, include Fabina, the Oldenburg Verband's Champion Mare of 2003, as well as other influential brood mares such as Fantastica, Donna Primera, Ferna, Farina, Filia and Fiesta's Girl. Almost all of them have produced stallions and licensed sons including Sunny-Boy, Classico, Don Rubin, Sidney, Vito Corleone S, Moosbachhof's Peron, Tailormade Red Rebel, Blue Hors Veneziano, Blue Hors Zatchmo, Rudisha and Blue Hors Zirrus.

Progeny- Don Schufro ranked number 1 in dressage 10 times in Germany and has been in the top 10 of WBFSH's ranking of dressage sire with offspring in the international Grand Prix for almost as long. In 2019 he ranked number 10. He sired 30 licensed stallions, including elite stallions Diamond Hit and Blue Hors Don Romantic, as well as the Oldenburg Champion Mare twice and the Danish Warmblood Champion Mare three times. He sired a total of over 20 Danish Warmblood medal-winning mares, four of them gold medalists.

Don Schufro daughter Weihegold, in particular, has been at the top of the world rankings for several years. Weihegold's top results include team gold and individual silver at the 2016 Olympics in Rio de Janeiro, triple gold at the 2017 European Championships in Gothenburg, and winning the Dressage World Cup finals in Omaha 2017, Paris 2018 and Gothenburg in 2019. Weihegold is among the few horses in the world to score over 90% in the Grand Prix Freestyle several times.