A modern stallion who won bronze at the World Championships for Young Horses. 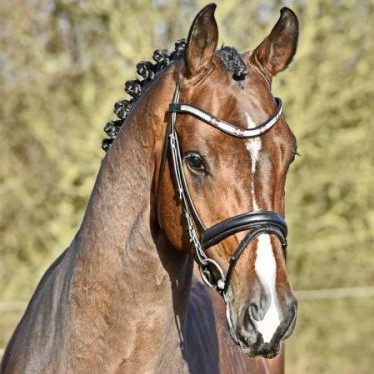 
Terms - €1600+VAT for unlimited attempts with chilled semen, for one named mare in one breeding season. If the mare is certified not in foal by the end of September, you will have a 50% credit for the following year to spend on any stallion from the same stud. If the first insemination of the season was 1st July or later, your credit will be 100%.

About - Donkey Boy has an incredible career in dressage having competed internationally as well as being awarded a premium stallion by the Danish Warmblood in 2015. He is currently working towards Grand Prix and many have no doubt about his success at this level. He is described as a beautifully modern stallion who has style, smooth movements in all three basic gaits. His progeny's names are showing up in stallion licensing shows already proving he is not only successful in sport.

Sire - Era Dancing hit was much like his grandsire Milan who was champion of his licensing. His foals won the "Foal of The Year" title numerous times. Now he has given this special stallion the talents of being a rideable mnodern stallion who passes on the stylish looks and great sire ability to produce stars.