A powerful, scopey stallion combing the best of Belgian and Holstein lines 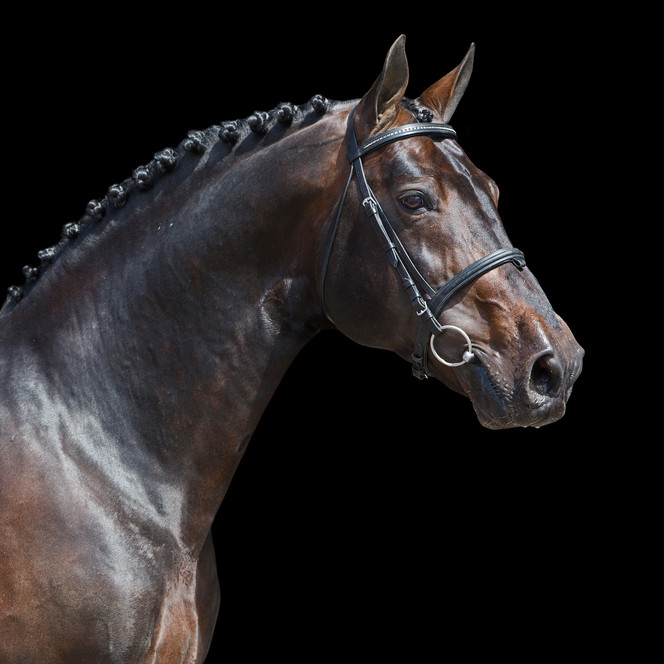 
Terms - €1250+VAT for unlimited attempts with chilled or frozen semen, for one named mare in one breeding season. If the mare is certified not in foal by the end of September, €950+VAT will be refunded.

About - Douglas is a powerful, charismatic stallion who combines the best of Belgian and Holsteiner lines, with enormous scope and spectacular technique.

Performance - Douglas completed his stallion test in Adelheidsdorf as a 3 year old stallion, finishing champion of the jumping with 139.49, including As a 4 yr old Douglas was the Champion of Ireland in his age group and also won the Young Horse jumper classes four times. As 5, 6 and 7 yr. old he was a finalist at the Irish Championships. When he was 6 years old he was Irish Reserve Champion. Douglas competed successfully in the international 1.40m and 1.50m classes with rider Conor Swail - 2nd and 4th in Dublin, 3rd in the Dunlaoghaire 1.50m Grand Prix and 6th in the Rolestown 1.40m Grand Prix. Unfortunately a serious injury ended his sports career.

Sire - Douglas's sires and Grand sires have already produced many top quality jumpers and stallions like Parco, Indoctro, Carthago, Roderik, Cardento, Landgraf and Lord. Darco led the WBFSH for four consecutive years (2008-2011), and he is also the sire of double Olympic gold-medallist Sapphire.

Damline - The dam-line brings the necessary jumping genes from Holsteiner line 318D 2 which has also brought the stallions Corofino and Coriano, who have both jumped at Grand Prix level. Three full brothers out of Douglas's great-grand dam are approved stallions, they are: Lido, Leonardo and Lekar, the latter jumping at advanced level. Lido was an important sire as well as a famous event horse.

Progeny - Douglas' offspring are jumping outstandingly at the highest level. His son Dougie Douglas won several grands prix jumped on numerous Nations Cup teams for Great Britain, before being sold to the USA for a record price of €1.4million. Son Dallas VDL was approved by the Zangersheide Studbook and passed his performance tests in Germany impressively, while at the National Free Jumping Championship 2010, the Douglas's daughter Cirnanda, became the Dutch Champion. He has more than 20 grand prix offspring, including Dassler, who has been placed in international grand prix and puissance classes under Louise Saywell. Many other Douglas offspring have sold for high prices around the world; in Wellington, Douplesse was sold for $130,000 and Discovery for $145,000, and in 2011, Colorado fetched €340,000 as the price highlight of the Expo Talent Sale.

Douglas also has several offspring competing at top level eventing, with Fernhill Pimms and Pennlands Douglas both eventing at CCI4* level, plus several sons and daughters at CCI/CIC2-3* level.