Producer of top priced foals from his first season 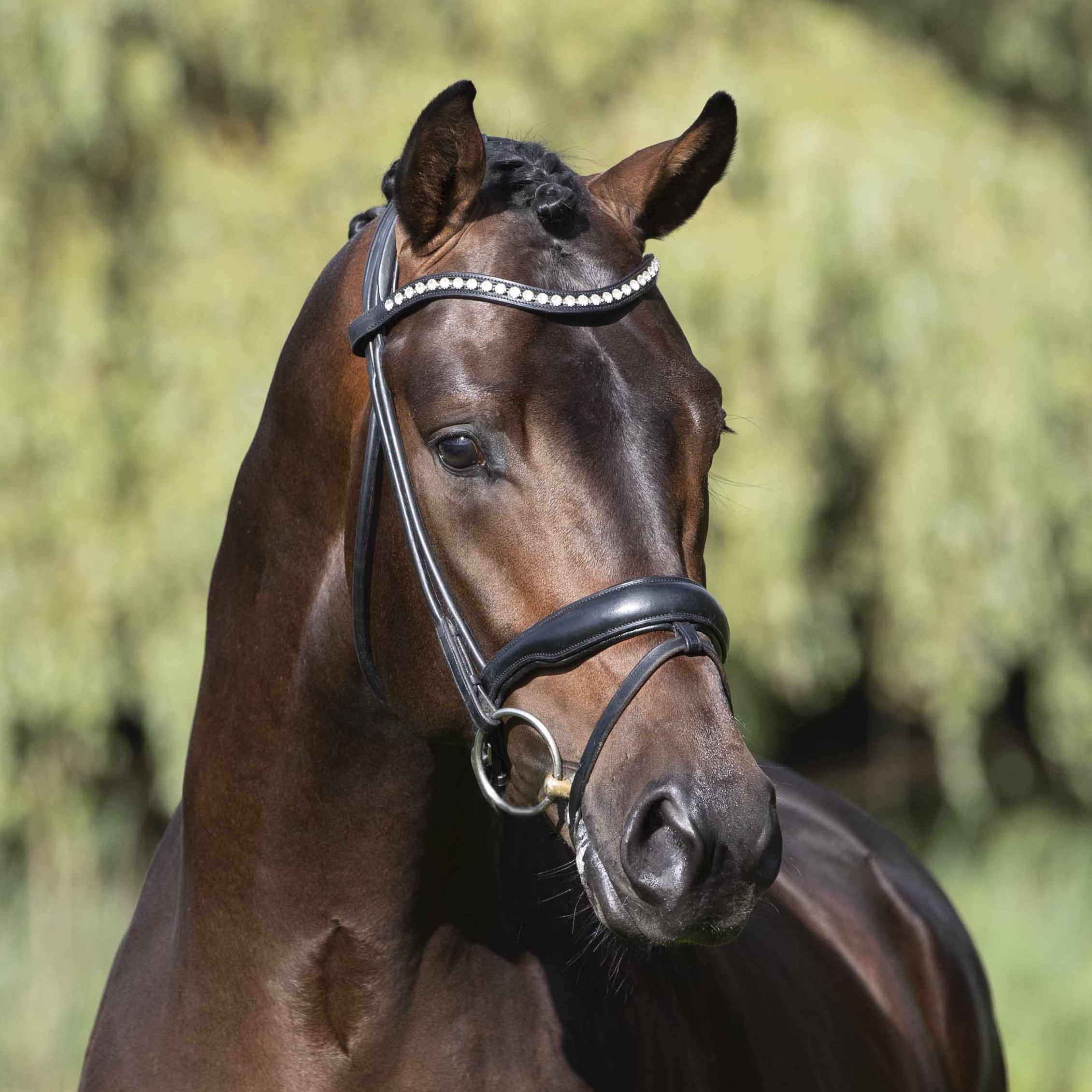 
Terms  - €1500+VAT, allowing unlimited attempts with chilled or frozen semen, for one named mare in one breeding season. If the mare is certified not pregnant before the end of September then a 50% credit applies to spend on a Schockemoehle / Helgstrand covering the following year. If the first AI of the year is July 1st or later, the credit the following year is 100%.

About - Dynamic Dream was the top price from the Westphalian licensing in Münster in 2019. This radiantly beautiful, long-legged dark bay stallion caught the eye of many with his excellent paces and already showed in hand, his ability to collect.

Sire -  Glock's Dream Boy N.O.P., ridden by Hans Peter Minderhoud/NED and sired the great stallion Vivaldi, is one of the most successful dressage stallions of all times. He most recently won team silver at the European Championships in Rotterdam/NED, having previously finished tenth in the World Cup final in Gothenburg/SWE and been part of the Dutch team placed fifth at the WEG in Tryon/USA in 2018. As a six-year-old, Glock's Dream Boy N.O.P. won the bronze medal at the World Championships for young dressage horses. Among his licensed sons is the KWPN Reserve Champion Ierland. He has produced numerous top sport and breeding horses, such as Johnny be Goode/Emmelie Scholtens/NED, seventh at the World Championships for young dressage horses, Imagine/Bart Veeze/NED, finalist at the World Championships as well as Hannelinde GLN, who was also successful in Ermelo.

Damline - His dam Safira is the half-sister of the internationally successful show-jumping mare Lady Pezi (by Lord Pezi)/Alexander Hufenstuhl/GER. His damsire Sir Donnerhall was second reserve at his licensing, won his performance test and was awarded his generation's Hauptprämire, awarded for the best first crop of foals sired by stallions licensed in the same year. In 2006, Sir Donnerhall was five-year-old Bundeschampion, and went on to be Vice World Young Horse Champion. The German FN breeding valuation ranks Sir Donnerhall I, who has himself been trained up to Grand Prix, as one of the best sires of dressage horses, with 150 points and 99% reliability for youngsters, and 135 points and 97% reliability for sport horses.