One of the best young horses in Belgium! 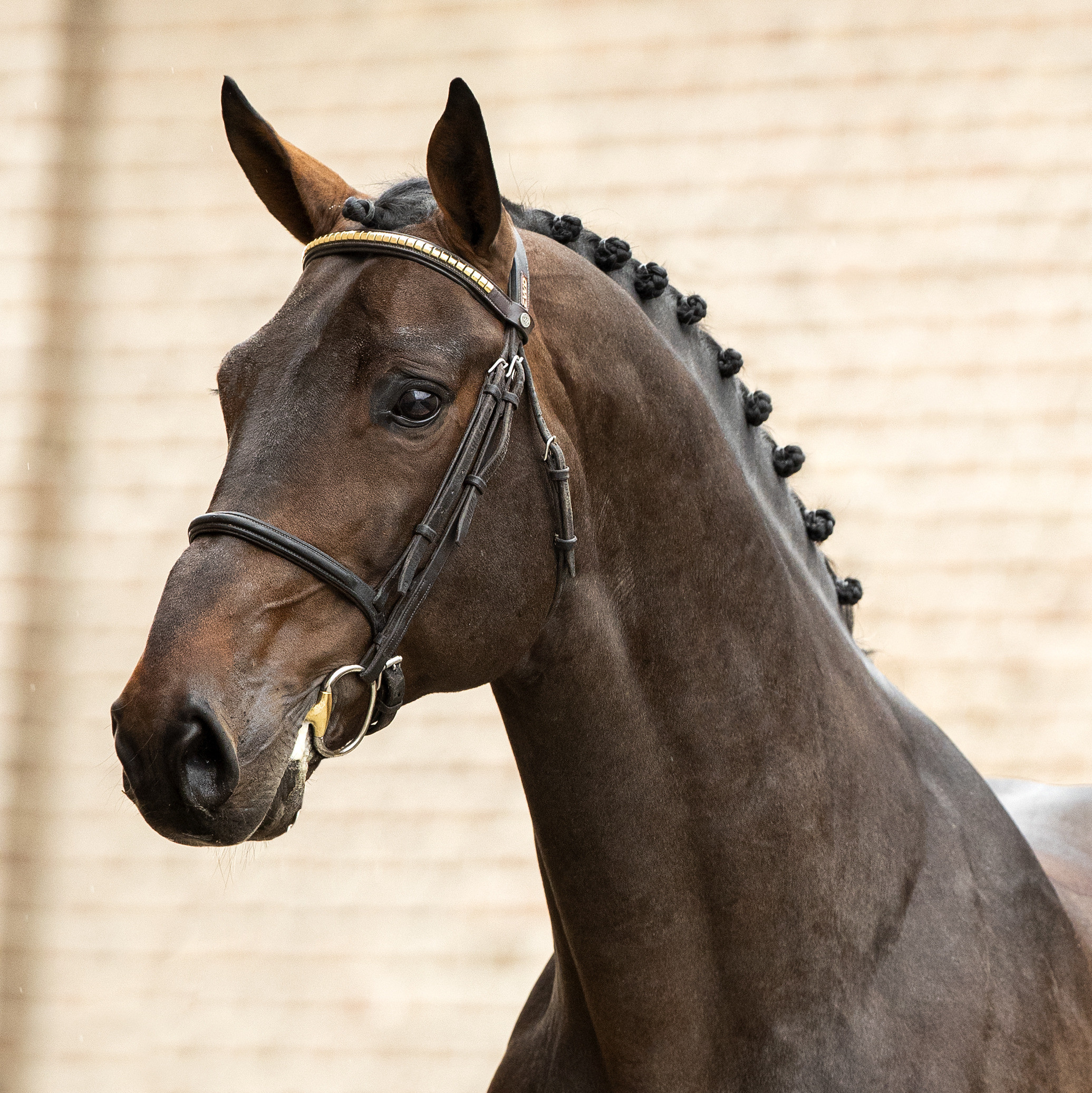 
€1650+VAT for unlimited attempts with frozen semen, for one named mare in one breeding season. If the mare is certified not in foal by the end of September, €1300+VAT will be refunded.

About & Performance -  2016/17 he was ranked in the stallion’s competition in the Pavo Cup as a 4 and 5 year old  and was  flawless in all his International starts as a six-year-old before becoming vice-champion at the 6year old championship in Belgium where he then regained the title in 2019 as a 7year old. Throughout his career El Barone has continued to excel in the show ring.

El Barone is one of Europe's most sought after stallions who, during 2020 as an eight year old achieved outstanding results with International wins up-to CSI2* 1,45 m level.

In 2019 due to the high demand as a breeding stallion he was sparsely competed. Despite this he was placed second in the Pavo Cup for 7 years and started CSI2* 140, demonstrating this promising stallions development. In 2020 the convincing record continued with solid results and wins up to CSI3* 140.

El Barone has a huge jumping capacity, balance and spectacular technique. His cool attitude, strong gallop and riding ability, combined with his desire to win, gives him the best qualities to succeed in the sport, following in the footsteps of his famous sire.

Malin Baryard-Johnsson became El Barone`s new rider in 2021. An exciting new partnership which is already delivering promising results in the International circuit with placements in CSI2* 140 and CSIO*3 145 ranking classes. In June, in St Gallen, the top combination started their first 5* 160 GP.

Sire - Emerald van't Ruytershof is an exceptional stallion. He has competed internationally at Grandprix with an Olympic Games under his belt! In 2016, he also became the winner of the nations cup in Rotterdam and placed 2nd in the World Cup Final. Emerald's grandsire Le Tot de Semilly is one of the most recognised sires in the world as well as being an international jumper and was successful at CSIO and CSIW shows.

Damline - El Barone dam is a daughter of Libero H who has been extremely influential in both sport and breeding, Libero H had an impressive series of World Cup Competitions and Grand Prix! With less than 600 offspring the number of international showjumpers produced by him is impressive!

Progeny -  El Barone`s first offspring have been highly rated by both breeders and auctioneers. Those who are now under saddle have shown good promise as future jumping horses and he already has several approved sons.