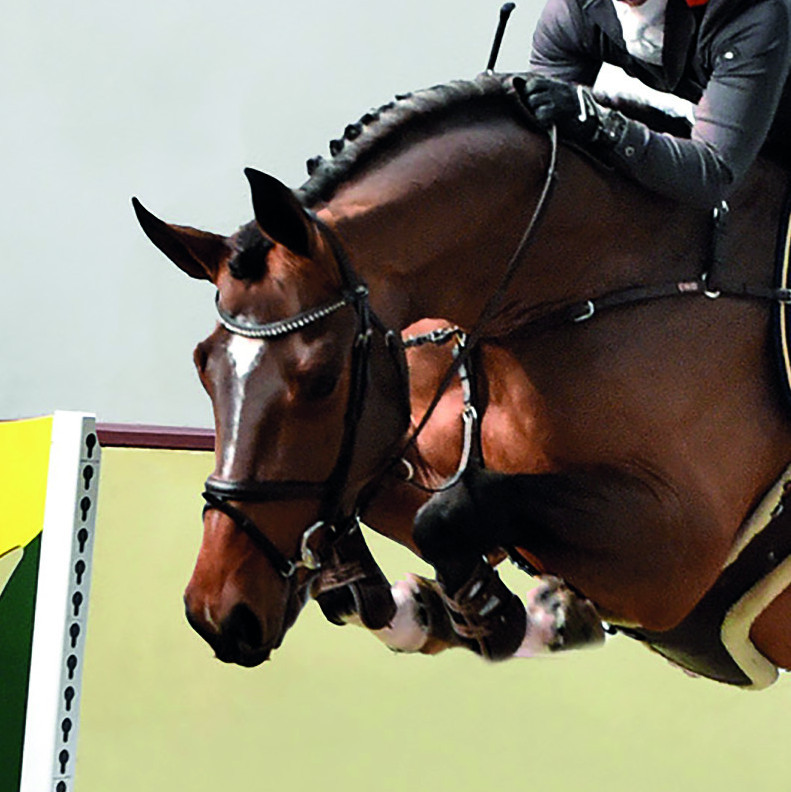 About -Elbaltha go PS follows in the footsteps of his father Eldorado van de Zeshoek, who was successful in Grand Prix and Nations Cups, in terms of sporty type and mature jumping style.

Sire - Eldorado van de Zeshoek placed in the final of the 2009 World Championships of Young Jumping Horses (5th) and then started under Hanno Ellermann/EST in the international Youngster Tour. From 2015 with Willem Greve/NED in the saddle he placed in front in Hickstead/GBR, La Baule/FRA, La Coruña/ESP, 's Hertogenbosch/NED, Amsterdam/NED and Calgary/CAN. Around 40 of his sons were licensed internationally. Daniel Deußer's Aachen winner Killer Queen VDM and Max Kühners/AUT's Hertogenbosch winner Elektric Blue P stand out from his sporting descendants, whose successes earned him twelfth place in the WBFSH ranking of the world's best jumping sires. In 2019, Eldorado van de Zeshoek was awarded the title of Keur stallion for his offspring in the Netherlands.

The grandmother Candorima placed under her sports name Baloutaire in international jumping competitions up to 1.40 meters. Her daughter Stakkaluna (v. Stakkatol) placed in 1.30 meter jumping.

In the pedigree, the sire heroes Baloubet du Rouet and Carthago follow.