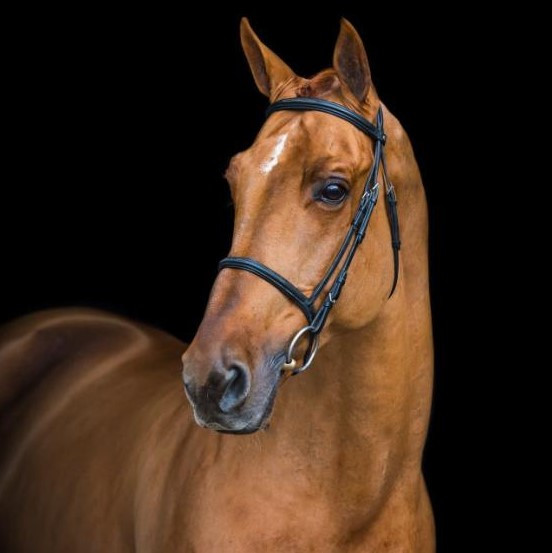 
Terms - €1800+VAT for up to three attempts with chilled semen  on one named mare in one breeding season. If the mare is certified not in foal by the end of September, you will receive a €1200 refund

PLEASE NOTE: Epleaser is only collected  Monday, Wednesday and Friday.

About -  Epleaser van ‘t Heike Z is another formidable Grand Prix stallion which we are excited to add to the collection. Besides being an incredibly good sport stallion Epleaser Z is also an ideal horse for breeding. With his world champion sire For Pleasure who has an incredible amount of offspring competing at the highest level and a damline from the BWP ambassador Nabab de Reve.

Performance - With rider Christian Ahlmann has an impressive roll of honour including wins like the Nations Cup in Aachen and the 5*GP of Villach Treffen. He has competed up to international Grand Prix placing at top level shows, in 2019 he competed in Paris at Le Saut Hermes and finished in the top 5, he also won CSI5* at Villach Treffen. In 2015 he won at CSIO5* Aachen Nations Cup, the previous year he won the S12 Prize of Aachen Munchener, also having won the Grand Prix in Mexico City this stallion has countless titles to his name.

Sire - For Pleasure's international career was exceptional, he secured a Gold Olympic medal and his dam Valentina van ‘t Heike also a medal winner (Bronze WEG Lexington), reached the status of being one of the best horses of her generation under Jos Lansink. He was on four gold-medal-winning teams for Germany; two Olympic Games (Atlanta 1996 & Sydney 2000, where they finsihed 4th individually), and two European Championships, at Hickstead in 1999 where he was 5th individually, and Donaueschingen in 2003. At Donauschingen, he also won individual bronze, the first ever individual medal for Marcus Ehning. He also won gold and silver medals at he German National Championships. His career earnings totalled over €1.8million, ahead of Milton, and his offspring have won over €2.5million between them.

Damline -  Damsire Nabab de Rêve had a successful career in Grand Prix competitions including World Cups and World Championships. Being a sire to top horses like Sapphire and the World Champion Vigo d'Arsouilles. Nabab de Reve is a grandson of the influential Jalisco B and has more than 50 licensed sons, among them Glock's London, Kashmir van Schuttershof and Gitano V Berkenbroeck.

Progeny - Although Epleaser was not in a position to serve many mares because of a busy career in the sport, the success rate of his offspring is quite exceptional with a stunning twenty sons and daughters currently competing at 150 -160