A young proginator from the World Champion Upsilon 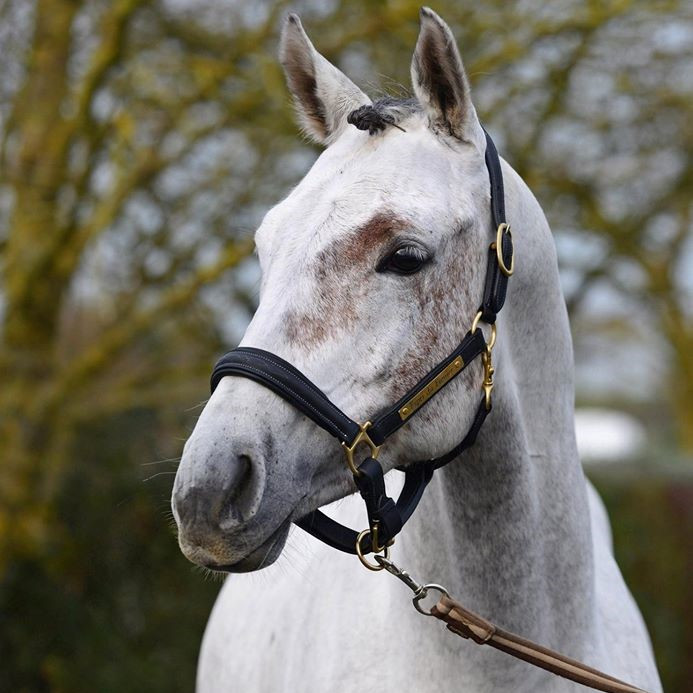 
Terms - frozen semen €1000+VAT per dose, allowing the registration of one foal. There will be no refund or credit in the event that the mare is not pregnant.

About & Performance - Espri du Figuier is the son of the great sire, Upsilon who was reserve World Champion, with dam Pomone who stems from Ryon d'Anzex. Espri combines balance, flexibility, blood, and technique. He is an honest horse who loves to perform, with his striking looks and technique he is definitely an eye catcher, when going round a course he is light on his feet and makes an excellent shape over the jump. There is a lot to like about this stallion for breeding, as he holds many of the qualities of his great sire.  In 2019 and 2020 he took part in 5 and 6yro classes (1.35m) and in 2021 will start in the 7yro classes under Audrey Coffineau.

Sire - Upsilon won his first two international starts, and was fifth at the World Young Horse Championships as a six-year-old. He followed this by winning his next two international competitions, and then took the reserve World Champion title as a seven-year-old. He stepped up to 3* with ease in 2016, winning at Belton and Blenheim and placing second at Gatcombe and Saumur. In 2017 and 2018 he enjoyed back-to-back wins in the CIC3* and also won CCI2* and Hougton and the CIC3* Nations Cup class in Millstreet.

Damline - His second dam Kacia de Chatre by Jalienny, was exceptional as there is none other than sister Fanny de la Tour who was the winner of the World Cup grand prize and ranked two years in the Top 100 of the best horses in the world. His grandmother is the full sister of the international winner Giralda and half-sister of the European champion Laurentians. Top direct maternal strain: - Uppsala du Figuier 5 * international winner - Fanny de la tour 5 * in the USA grand prize winner world cup - Pirole de la Châtre.