A lovely modern son of the great Fürstenball 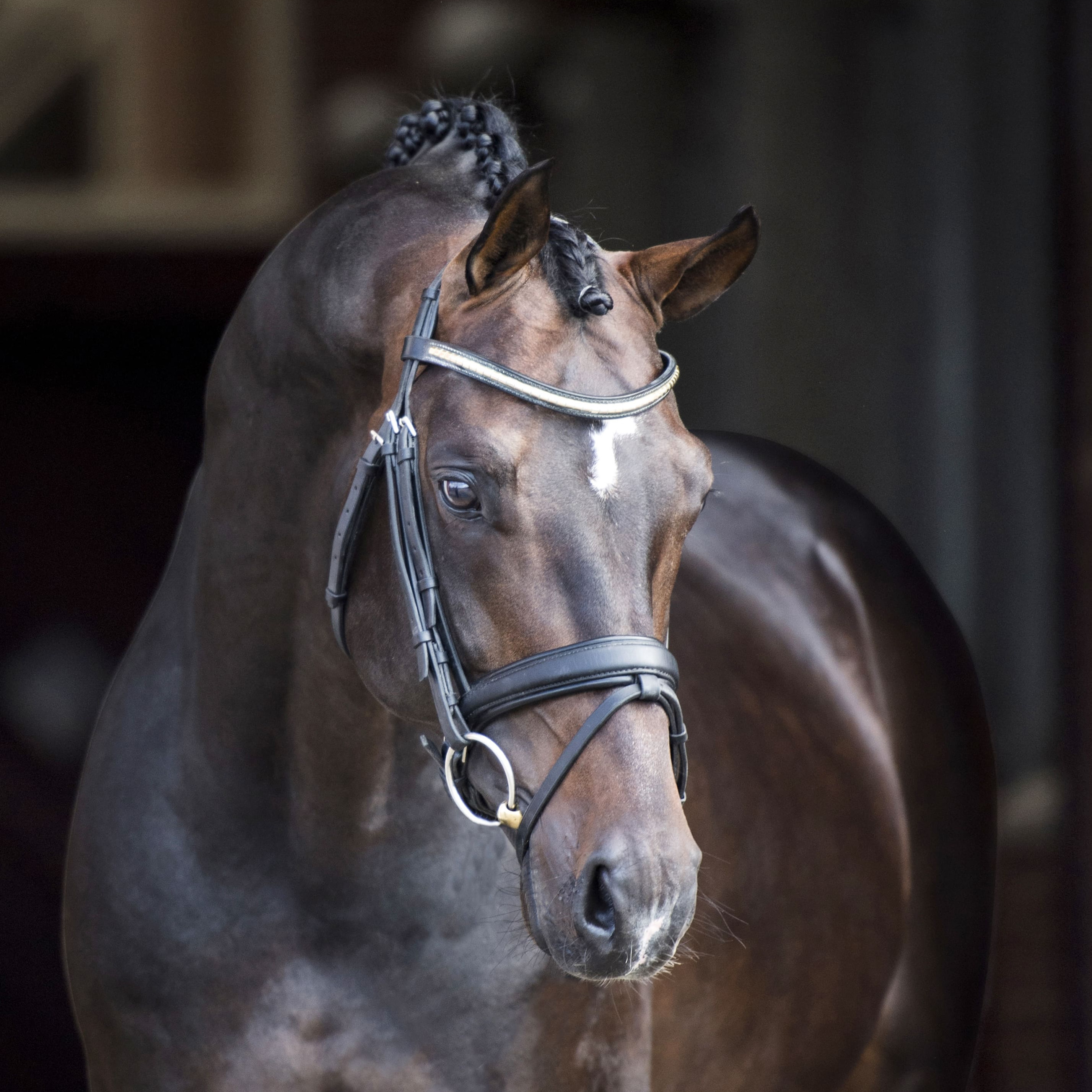 
Terms: €1350+VAT for unlimited attempts with chilled or frozen semen for one named mare in one breeding season. If the mare is certified not in foal by 30th September, €850+VAT will be refunded.

Alternatively €800 +VAT per frozen dose allowing the registration of one foal only.

PLEASE NOTE: Blue Hors Farrell is collected on Monday and Wednesday only and orders need to be booked before 8am for delivery the following day.

About- Ultimate Producer of type, movement and rideability. Farrell already has seven sons approved in Germany and his daughter Grevens Fakina was DWB mare of the year.

Performance- Farrell was purchased as a premium stallion at the Hannover 2013 licensing and was subsequently approved as a premium stallion for Danish Warmbloods in 2014. Unfortunately, he broke a leg after that breeding season and was thus prevented from passing the 35-day test, which meant he could not get his approval renewed for 2015. He successfully recovered and returned as a 4-year-old to pass the 35-day test in autumn 2015 with 856.5 points, including 9 for trot and 9.5 in rideability. As a 6-year-old, Farrell achieved a stellar 90.4 in qualifying for the DRF's dressage championship with Allan Grøn in the saddle. Since then, Nanna Skodborg Merrald has taken over the reins and she is very happy to have Farrell on her team: "He is really good in the head, very straightforward and extremely sweet and gentle. He is a very quick learner and does not stress over new exercises." Nanna and Farrell made their competition debut at the Blue Horse Dressage Festival 2019, taking top placings in MA and Prix St. Georges. It went with 72.807% to victory in Prix St. Georges.

Sire - Fürstenball has made a significant breeding career and stamps his offspring clearly with beautiful type and character. Dam sire Dacaprio is known to pass on very handsome and rideable dressage horses. Dacaprio’s daughter FBW Dejavu, ridden by German Nadine Plaster, won the German federal championship for 4-year-olds in 2004 and claimed bronze at the FEI/WBFSH World Young Horse Championships in Verden in 2005 and came 4th in 2006. Wolkenstein II is one of the best Weltmeyer son of all times and has sired more than 40 licensed sons and over 70 state premium mares. Wolkenstein II, won the German federal championship in 1993.

Progeny- Due to a splint operation, there are two years between Farrell's first and second foal crops, and thus he has no offspring born in 2016. Farrell came through strongly in type and movement during his first foal year in 2015, and the oldest offspring now demonstrate strong rideability. In the autumn of 2017, Farrell's first crop of five sons appeared for stallion licensing by the Hanoverian, Oldenburg and Westphalian Verbands, and all passed. A son from the first year's crop was also licensed by the Danish Warmblood Verband. His success continues with the second crop, with the first son being licensed by the Hanoverian Verband.

Farrell also had five 2-year-old mares selected for the final at the Danish Warmblood's Elite Show in Vilhelmsborg, where all five mares appeared incredibly consistent in type and caught the attention of all. In 2018, Farrell showed that he produces offspring that will shape the future in both sports and breeding. At Blue Horse's Dressage Championship, 6 of the 8 finalists were by Farrell, with Farrell offspring subsequently taking both 1st and 2nd place. This success was topped with the formidable mare Grevens Fakina, who was awarded the breeder's medal in gold and was named Mare of the Year 2018 at the Danish Warmblood's Elite Show, where three more Farrell daughters were also awarded breeder's medals.