Beautiful young stallion from the dam of For Romance 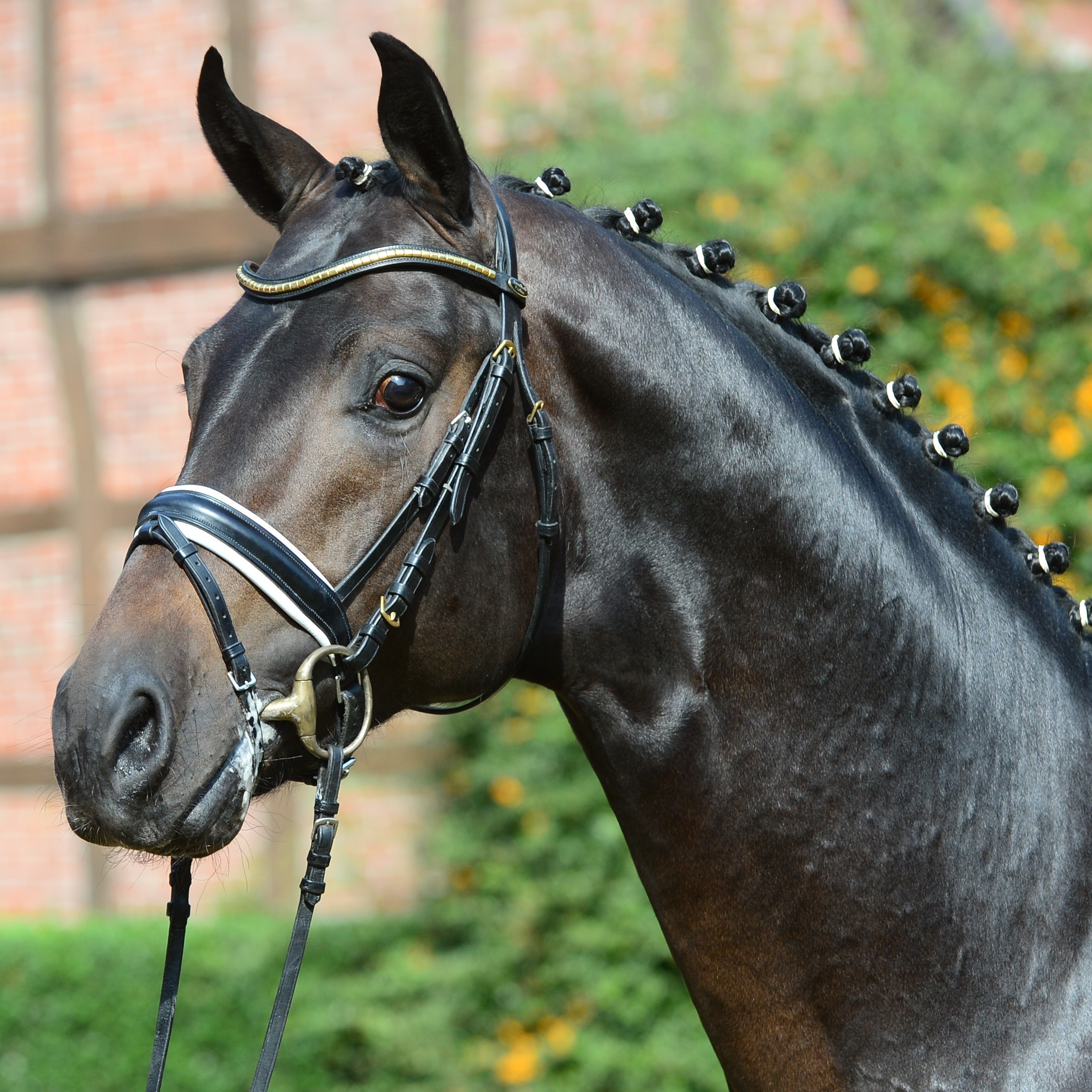 
Terms  - €1200+VAT, allowing unlimited attempts with chilled or frozen semen, for one named mare in one breeding season. If the mare is certified not pregnant before the end of September then a 50% credit applies to spend on a Schockemoehle / Helgstrand covering the following year. If the first AI of the year is July 1st or later, the credit the following year is 100%.

About -  Feinrich is a modern sire from an incredibly strong damline. He has an exceptionally good temperament and exquisite paces. He is a beautiful athlete who is an exciting prospect for both sport and breeding.

Performance - With superior ease, Feinrich dominated his high-quality licensing in November 2015 in Redefin. In his 2016 performance test, Feinrich passed with flying colours and finished in the top group.

Sire - Fürst Heinrich was a World Young Horse Champion and Vice-Bundeschampion, as well as champion of his performance test, premium stallion at his licensing, and Oldenburg Hauptprämie winner; an impeccable and unequalled record. His breeding and sport career was tragically cut short due to his death as a 7-year-old. In that short time, Fürst Heinrich had an overwhelmingly positive impact, producing almost 50 licensed stallions and 100 state premium mares. His daughter Woodlander Farouche was a double World Young Horse Champion and is unbeaten in her 11 starts at international small tour level. His most successful stallion son, Fürstenball, was licensing and performance champion, and is the sire of more than 40 licensed sons.

Damline - The dam sire Sir Donnerhall I was reserve champion of his licensing, regional champion, record winner of his stallion performance test, Vice World Champion, Bundeschampion, and winner of the dressage Hauptprämie. He has over 60 licensed sons and numerous auction highlights to his credit including several grand prix horses and the double World Champion, Sa Couer, who sold for €2.3million as a young horse. The dam, elite mare Gesina, is also the dam of licensed stallions For Romance I and II, the elite mare Fasine, champion of the Elite mare show, Bundeschampion and PSI price highlight, plus British national novice champion Best Of All. In the third generation is Don Schufro, Danish Champion and team bronze medal-winner at the Olympic Games in Hong Kong in 2008 with Andreas Helgstrand, as well as sire to numerous champions including German star Weihegold OLD.

Progeny - Feinrich's first foals are arriving in 2017, and so far they are outstanding; beautiful models of a very modern type, with lovely frames and super temperaments.