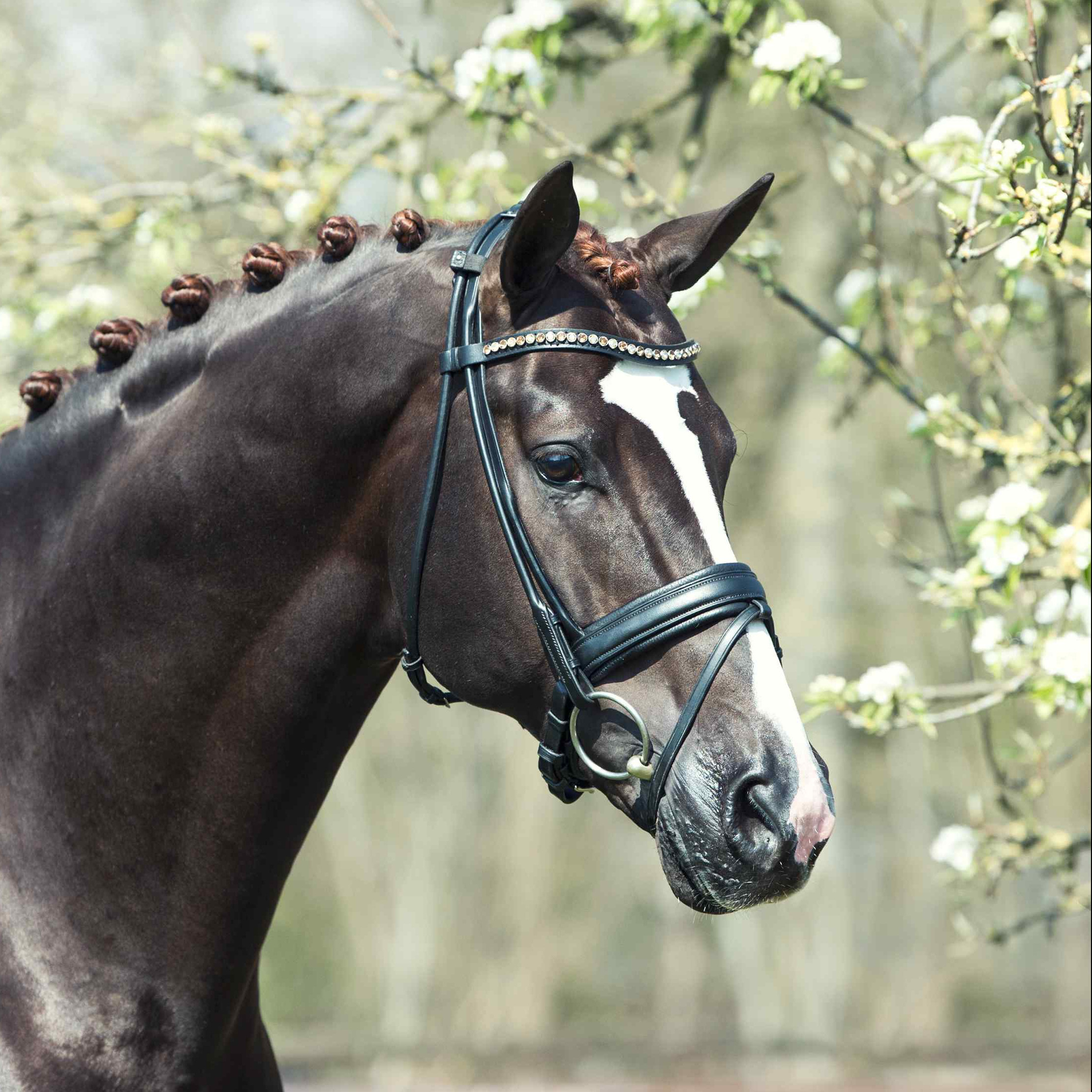 
Terms:  €1400+VAT for unlimited attempts with chilled semen, for one named mare in one breeding season. If your mare is certified not in foal before the end of September, then €1150+VAT will be refunded.

About - Ferguson is a modern type stallion who has made a huge impression on those that saw him in the Light Tour as a 7 year old, and his offspring are proving to be ones to watch. With already two licensed sons, an Elite mare, Ferguson is proving his worth as a sire being a young stallion with impressive genes. He has been commended for his rideability and balance with high scores on his trot and canter, with his interesting pedigree he is well put together stallion and an exciting one for the future.

Sire-  Floriscount achieved numerous victories and placings in test for young dressage horses, and qualified repeatedly for the Bundeschampionat. Under Christoph Koschel he added his first placings in advanced level dressage classes at the age of only seven. In 2014, Oliver Oelrich continued his further training and collected victories and placings on international level. The pair won both PSG classes in Verden and in doing so qualified for the final of the Nürnberg Burg Trophy as well as the Inter I competition in Nieuw en Sint Joosland, where he placed second in the PSG and third in the freestyle competition. Further placings with the best followed in Hagen and Balve. Floriscount is now on the way up to grand prix with his owner's daughter, Patricia van Merveldt.

Damline- Sire Lauries Crusador xx has been one of the most influential Thoroughbred stallions ever licensed by the Hanoverian Verband. Born in Britain, Lauries Crusador had a successful career in racing before moving to Germany to stand at the state stud until he died aged 28. In 2006, not only did he provide both the champion and third placed colt of the Hanoverian licensing, but he also became the first non-Hanoverian stallion to be proclaimed Hanoverian Stallion of the Year, in recognition of his outstanding achievements in breeding. With over 2,500 foals, Lauries Crusador has over 50 licensed sons and hundreds of state premium daughters, among them the grand prix dressage horses Le Bo, Lesotho and Le Primeur. Apart from Londonderry, he also produced the renowned stallions Lancier, Longchamp and Laurentio.

Progeny - Of the 8 Ferguson daughters put forward, 6 were awarded the ster predicate and one was elite. In the IBOP test, the offspring of Ferguson stand out because of their dressage aptitude, received from their father. Ferguson's Kenzo (ds.Vivaldi) made an impression in the young horse competitions this year as winner of Horsefood Dressage Talent and number three in Berlicum. Ferguson’s approved son Kyton is one of the best colts of his age, was selected for the World Championships for young dresssage horses and won three qualifiers for the Subli Cup. The breeding value for dressage is Ferguson 152 (58% reliability), the conformation for exterior and movement is also high   with 107 and 111 .