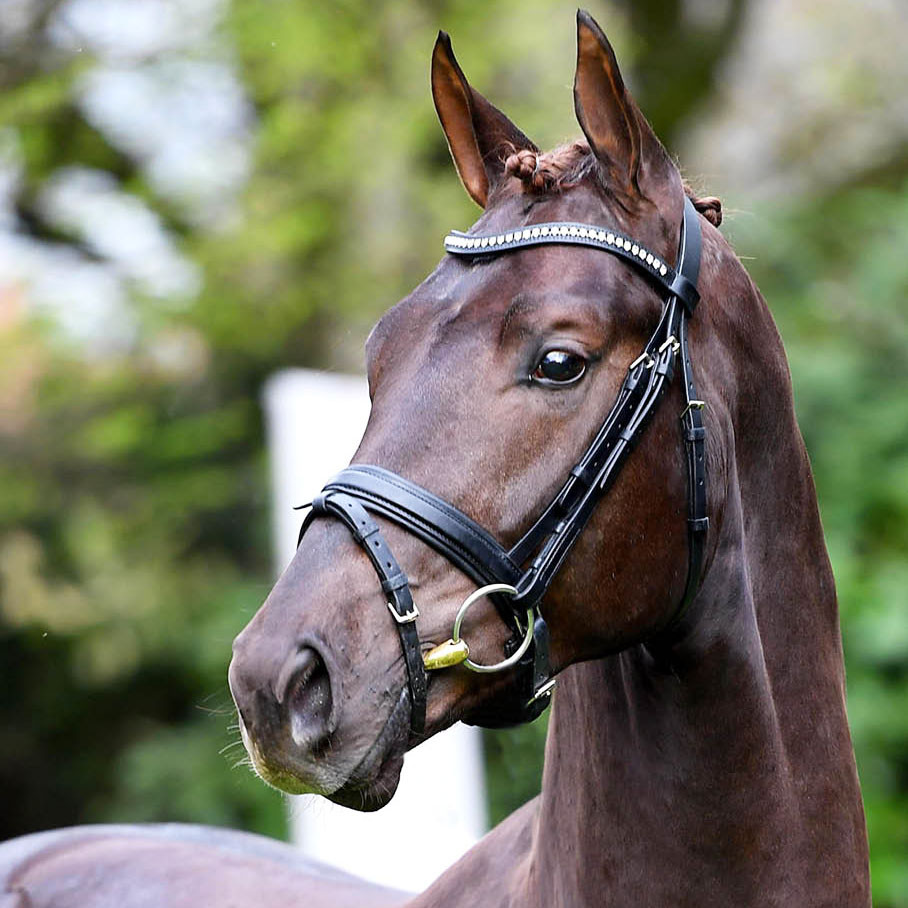 
Terms - €800 + VAT for one dose of frozen semen, allowing the registration of one foal. No refund or credit will apply if the mare is not in foal.

About & Performance - This premium stallion has an excellent frame and strong conformation combined with elasticity and swing in his movements, those are just some of the things he passes on to his offspring. He had an excellent first crop of foals from 2018 and 2019 who appeared at the Danish Warmblood foal shows and the Blue Hors foal Championship. If Fifty Cent's offspring just inherit their sire's intelligence and rideability, he will be making a positive contribution to breeding".

‘Fifty Cent really has everything. He is very level-headed and always extremely pleasant to ride, and he likes to work. He is actually a great horse to work with because he has such vitality. He loves to work and he aims to please. He’s also a good eater, which meant that he was a bit round as a 3-year-old, but today he’s fit and has developed on all points. It has been fun and a pure pleasure to work with him.’

Sire - Franziskus won the qualification for the German Championships as a foal and followed on to be a premium stallion. Franziskus passed his performance test in Münster-Handorf successfully; he got scores of 9.0 for trot, canter and rideabilty, and 9.5 for his character. Franziskus continued on his successful path, winning the Bundeschampionat as a four-year-old. Ingrid Klimke began riding Franziskus at the end of 2013, and was victorious with him in his first young horse classes. He is now competing successfully at intermediate I, winning at Münster, and finished second in the Nürnberger Burg-Pokal Trophy, on a score of 9.5.

Progeny - In his first crop of foals, Fifty Cent sired several top foals at both the regional Danish Warmblood foal shows and the Blue Hors Foal Championship. In 2018, colt Harrysmindes Frodo triumphed at the Blue Hors Foal Championship, and the following year his full brother Harrysmindes Franco was selected at the regional foal show to go to the finals at the Elite Show. Here the foal was one of three foals by Blue Hors Fifty Cent to be sold at the Elite Foal Auction.

Nathalie zu Sayn-Wittgenstein says "If Fifty Cent's offspring just inherit their sire's intelligence and rideability, he will be making a positive contribution to breeding."