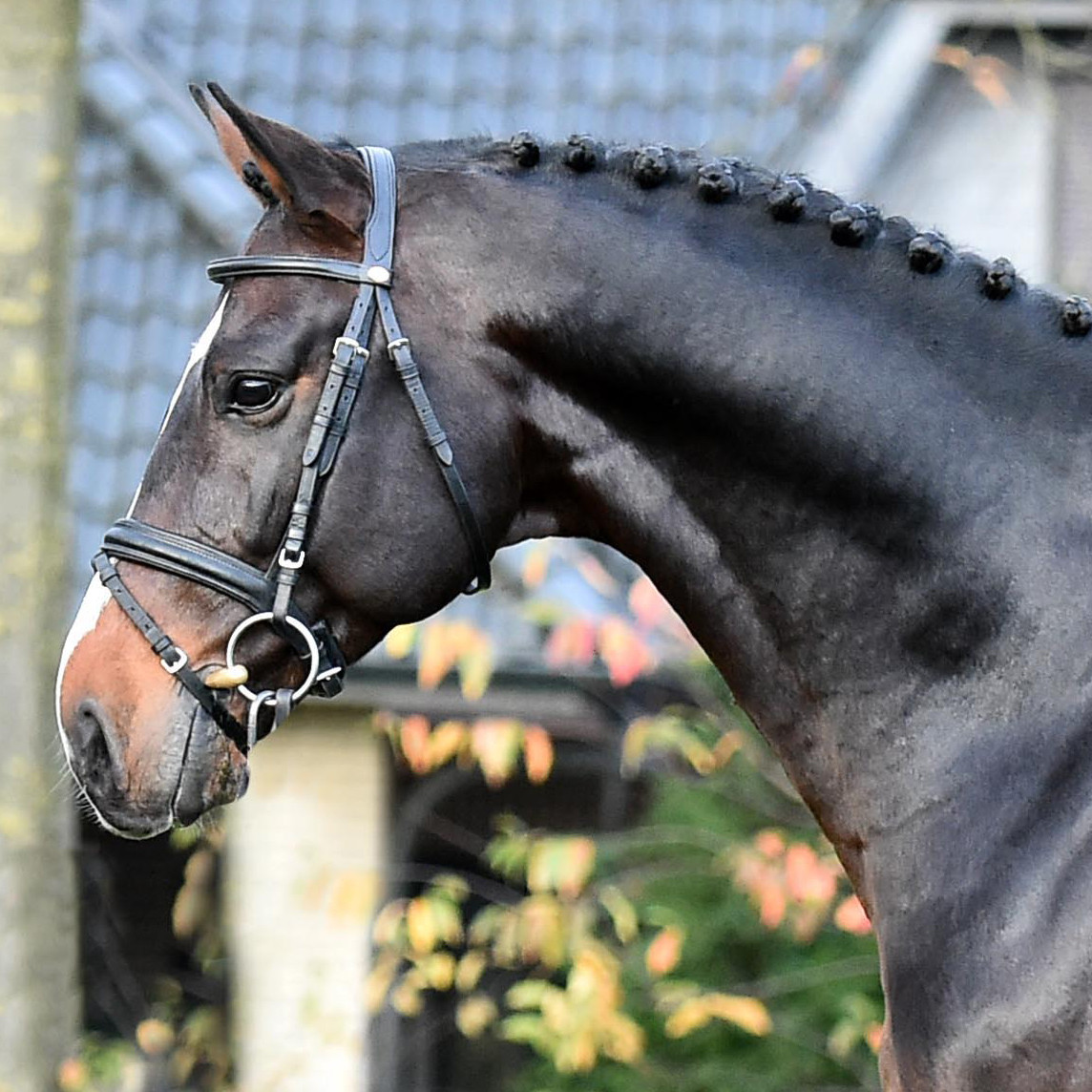 
Terms - €1000+VAT for unlimited attempts with chilled semen, for one named mare in one breeding season. If the mare is certified not in foal by the 30th September, then €700+VAT will be refunded.

About - Fire and Ice J combines the bloodlines of the sire-legends Furioso II, Cor de la Bryère, Capitol I, Ladykiller xx and Ferdinand. He is very beautiful and elegant type, with an exceptionally good temperament and outstanding technique; quick in the air and very athletic.

Performance - Thanks to his extraordinary talent for jumping, Fire and Ice achieved many victories and placings in tests for young show jumpers at novice, elementary, and medium level, including the qualifier for the 2015 Bundeschampionat for five-year olds. At his 30-day test in Neustadt, Dosse he received a score of 9.0 for his jumping talent and also high scores for character, willingness to perform and conformation. He is now jumping under Leonie Böckmann, stepping up successfully to the 1.45m classes in Wellington in early 2018, having already enjoyed several placings at 1.40m level.

Sire - The sire, Warendorf state stud sire For Contest, is sired by the double Olympic winner For Pleasure and was licensing winner of stallions with emphasis on jumping in Münster-Handorf in 2008. Afterwards he won the series of tests for young show jumpers and qualified for the Bundeschampionat. Besides two licensed sons he produced the winning mare of the Westphalian free-jumping final in 2015.

Damline - The dam, Verband premium mare Cracker Jane, collected many ribbons in tests for young riding horses and delivered the licensed and successful advanced-level show jumper Eminem J as well as his full-sister Enya J (both by Ehrentusch), who, too, succeeded in advanced-level jumping, and the advanced-level dressage horse Dancing Inwhite (by Dancing Dynamite). Damsire Coronino, originating from the legendary Holsteiner line 730 B, was premium stallion and jumping winner of the stallion performance test in 1999. After diverse victories and placings up to medium level tests for young show jumpers he added achievements at the German Classics 2007 in Hanover. Coronino is also damsire of Corrado, Camsa, Coconut S and the licensed Contifex. The granddam, Verband premium mare Louise J, produced the medium-level show jumping winning mare, Cornflakes (by Cristallo I). She is half-sister of Verband premium mare Peggy (by Polydor), who became granddam of the licensed stallion Fürst Donnerbube (by Fürst Piccolo) through her daughter Donna Josefa (by Donnerbube I). The great-grandsire Lado won bronze at the Bundeschampionat and collected numerous victories and placings in show jumping at advanced-level. Nearly 30 of his offspring followed the example of their sire in sport at advanced level. The dam line is also known for the licensed stallions Soeldner, Schwarzkopf, Wimpel, Afrikaner and Fürst Metternich H.

Progeny - In the early years of his career, Fire And Ice was leased to a private stud who only used him on their own mares. His first foals will arrive in 2018.