A modern, elegant stallion with a unique pedigree 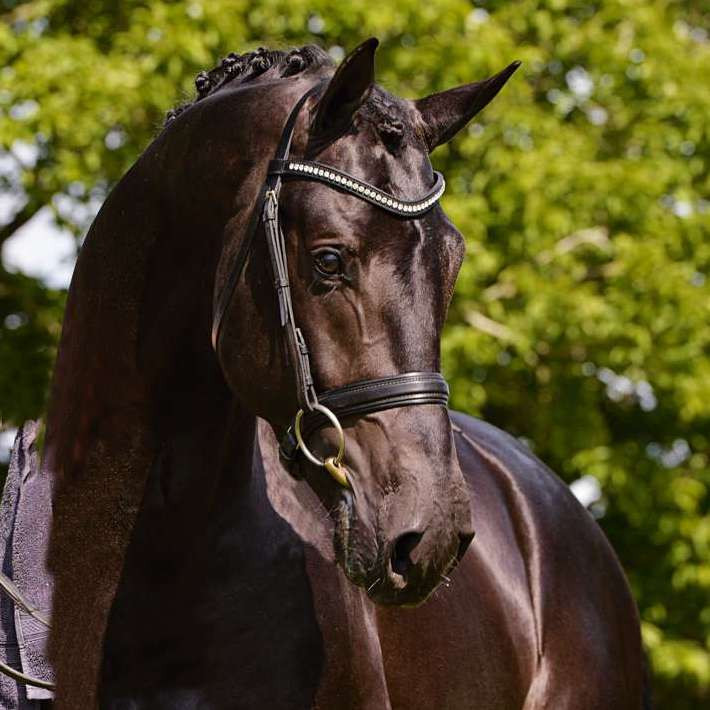 
Terms: €400+VAT per dose, allowing the registration of one foal. No refund or credit will apply if the mare is not in foal.

About - Blue Hors First Choice is an extremely interesting stallion in every respect. Not only is he is a fantastic stallion with a great personality and top level rideability, his pedigree is unique, counting the world's leading dressage producers Jazz and Negro, while his dam line is also first-class.

Performance - First Choice won the qualifier for the Young Horse Championships in Middelfart with 9.52 points! In the preliminary round of the finals, he was vice champion with a score of 9.48 points. In 2015, he qualified for the finals in Odense once more, and also came fifth in the 2016 finals for 6-year-old dressage horses. As a 6-year-old, First Choice won his first victories a national M-level, and Blue Hors expect him to be ready for Prix St. Georges during the course of 2017.

Sire - Jazz led the WBFSH Sire Rankings for four consecutive years (2008-2011) and has never been out of the top 10. He competed at the 2002 World Equestrian Games, and his sons still lead the sport - Jerich Parzival was 2011 European Champion and World Cup Final winner, Wynton is one of the leading young stallions in Holland, and Glock's Johnson was team gold and individual bronze medallist at the 2015 Aachen European Championships. Jazz has over 50 licensed sons, including Don Juan De Hus, Westpoint, Desperado and T-Movistar.

Damline - Damsire Negro is best known as the sire of World, European and Olympic champion Valegro. He has produced more than 20 grand prix horses and 15 licensed sons. Third sire Vincent was a grand prix competitor who received 834 points for his performance test, including a 9 for rideability. Three generations in his dam line are elite mares; his mother Vurona has produced 6 foals accepted for the Borculo foal auction and in 2012 produced the sales-topper for €40,000.

Progeny - From his first crop, he produced a stallion named Fürst Romanov, who was licensed in Westphalia and appointed a premium stallion; he is now stationed at the state stud in Warendorf, Germany for the 2017 season.